Another one gets away 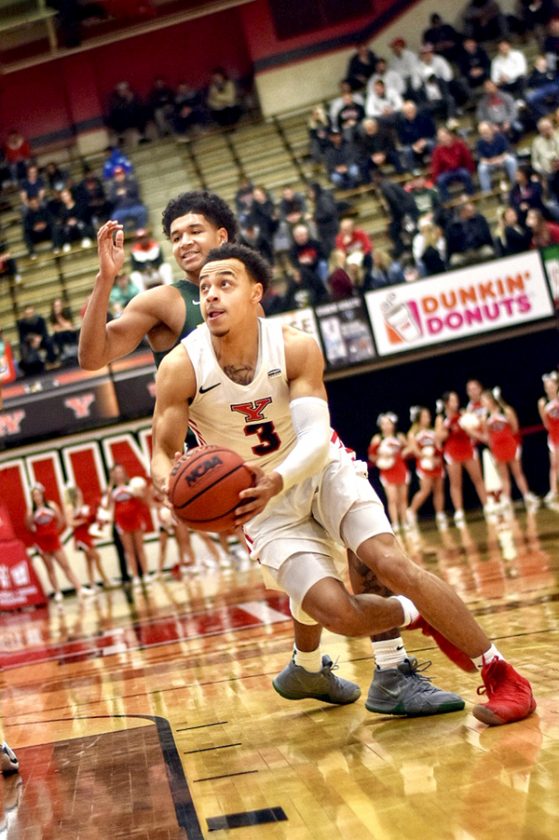 YOUNGSTOWN — Wright State and Youngstown State have struggled to close out games this season.

Thursday, not so much for the Raiders.

Ursuline High School graduate Mark Hughes’ 3-pointer with less than 7 minutes remaining gave Wright State the lead, one the Raiders never surrendered during Thursday’s 80-74 win at Youngstown State. It was Hughes’ last game inside the Beeghly Center, just minutes away from the Ursuline campus.

The Raiders have upperclassmen leadership in Hughes, a 6-foot-4 senior guard, who had close to 100 people in the stands and plenty of well-wishers in the 1,598 in attendance.

“Overall, just having older guys knowing how to finish games is very important to a successful season,” Hughes said. 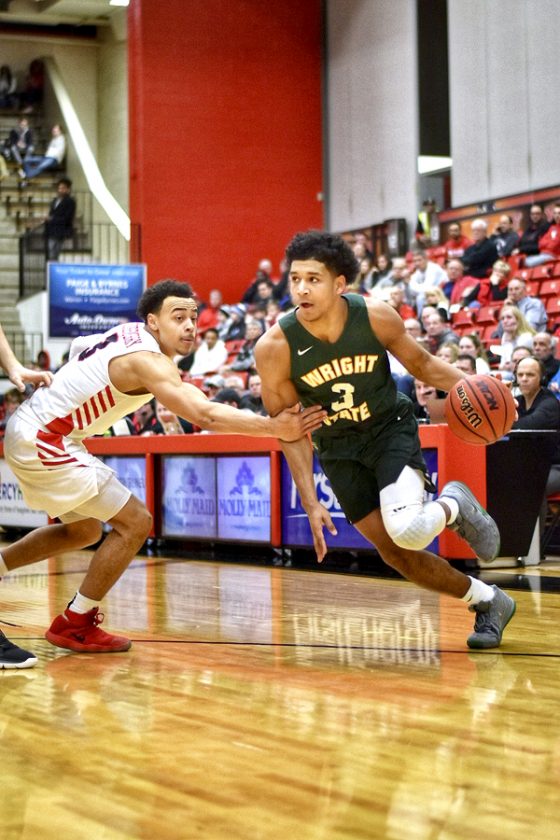 “When you do good things, the ball just finds you,” Anabir said. “That’s what happened tonight. No different ball game. I was just doing things right.”

He knows his team, which starts three freshmen and two sophomores, is enduring growing pains. It’s a team trying to develop an identity and establish a winning culture in a place where the latter is a foreign subject for much too long.

One is Darius Quisenberry, who had 15 of his 18 points in the first half as he led the Penguins. He is one of three freshmen starters. Another is Jelani Simmons, who had 12 points and was 5-of-5 from the floor.

YSU coach Jerrod Calhoun needed Anabir to play a more significant role since 6-8 freshman Olamide Pedersen had four fouls in four minutes. Calhoun added Pedersen has the potential to be a better player.

For now, Calhoun has to rely on Anabir in the post. The two had a conversation about two weeks ago, one where the senior responded to his coach. Anabir’s presence on and off the court should impact this program not only this season, but for the next couple.

“Noe and I had an adult conversation,” Calhoun said “I told him either lead or sit. There’s no more not using your mouth and not talking as a senior, totally not what I stand for. Lead these young guys, help them out and you’ll play. If you don’t, you’re going to sit and rot the next three to four weeks and you’re going to be miserable.”

Loudon Love, a 6-9 Wright State forward, had 15 points and seven rebounds, while 6-6 junior forward Bill Wampler added 17 points off the bench. Love, a sophomore, looks a lot like New England Patriots tight end Rob Gronkowski. He was Gronk-like in leading with his shoulder and knocking Pedersen way out of the lane early in the game.

But it was a freshman who had the most impact for the Raiders. Malachi Smith, a 6-3 shooting forward, had 17 points, was 6-of-6 from the line and 5-of-9 from the floor.

“We knew he had it in him,” said Wright State coach Scott Nagy, whose team is 9-10, 3-3. “No. 1, he’s tired about talking about how good these other freshmen are playing. We need some of these guys to step up.”

The Raiders did step up as they were 18-of-18 from the foul line, while YSU was 6-of-9. Usually the home team has more free-throw attempts.

“We have to do a better job of driving the ball and getting to the foul line,” Anabir said. “They made 18 free throws. We had nine and made six, big difference right there.”

Wright State had 28 points off of 14 Penguins turnovers.

It’s hard for younger players to get used to the college speed, especially as freshmen.

Still, while it wasn’t a win, the Penguins coach sees his team progressing.

“I’m not going to fault their effort,” Calhoun said. “They played their tails off. They’re young. They haven’t made the right steps yet. They can’t make that winning play to get us there.”

They’ll have another chance Saturday as the Penguins host Horizon League-leader Northern Kentucky at 1 p.m. 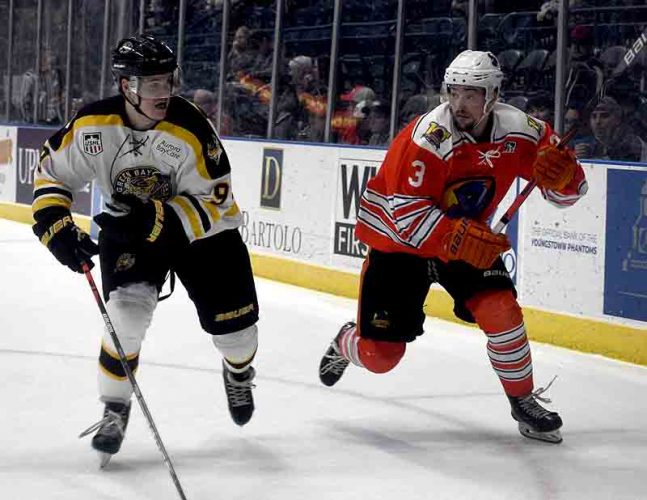 The friendships that Jonathan Richardson Jr. built at Gannon University have already outlasted the records he set ...