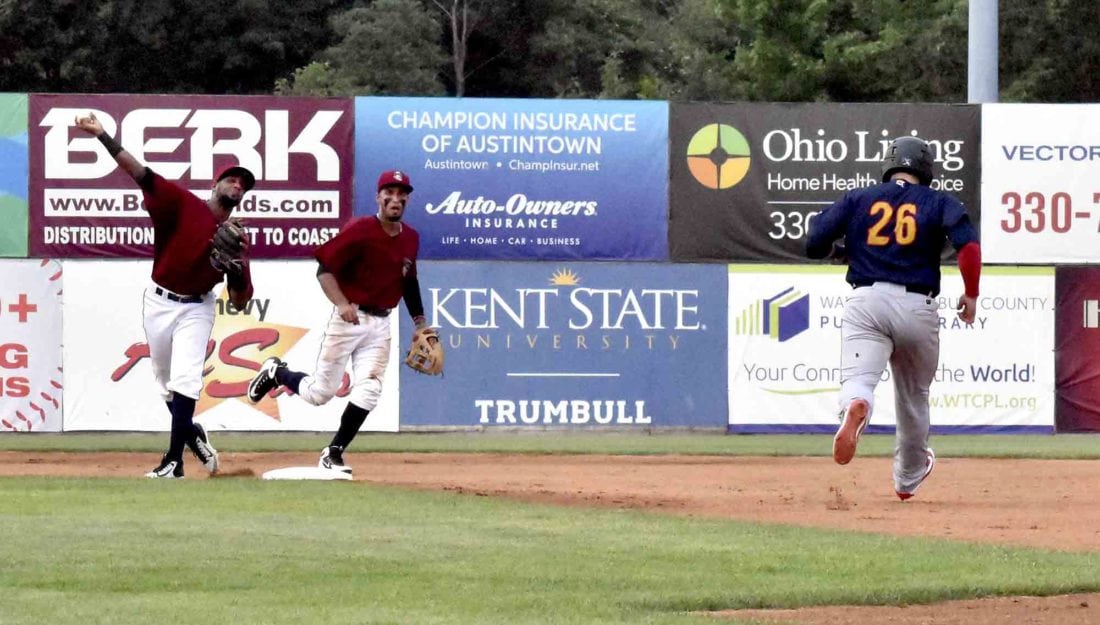 Mahoning Valley second baseman Jhan Rodriguez throws to first to complete a double play after he received a toss from shortstop Jose Fermin during the Scrappers’ game Sunday against State College at Eastwood Field.

NILES — After falling behind 4-1 on a bases-loaded double in the fifth inning, Mahoning Valley rallied to get within one, but ended up with a 4-3 loss to the State College Spikes on Sunday at Eastwood Field

In the bottom of the eighth, Jose Fermin hit his first home run of the year for the Scrappers (29-18). The ball went into Lars Nootbaar’s glove in left field but fell into the Spikes’ bullpen. That home run cut the deficit to 4-2 in favor of the Spikes (20-29).

In the bottom of the ninth, things got interesting.

Mitch Reeves started the inning with a single. With Henry Pujols batting, Reeves moved to second base on a wild pitch and then to third on an error.

Reeves scored on Pujols’ RBI single to make it 4-3. Clark Scolamiero then singled before both Angel Lopez and Ronny Dominguez struck out to end the game. 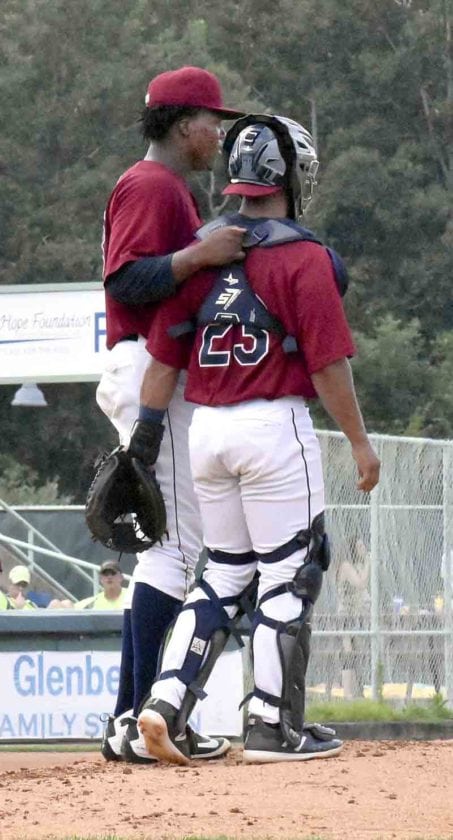 “We’re never going to quit, that’s for sure. We are always going to try our best no matter what is going on in the game,” outfielder Tre Gantt said. “I’m just trying to help the team win as much as I can. I’m just trying to put myself in a groove and roll with it.”

Gantt, who was 4-for-4 Saturday night, tripled and scored on a sacrifice fly by Reeves in the first inning as the Scrappers took a 1-0 lead. Gantt moved up to the second spot in the order as Tyler Freeman had the day off.

In the fourth inning, the Spikes tied the game at 1-1 before Scrappers starter Juan Mota got out of the jam and ended the inning.

The fifth inning is when the wheels came off for Mahoning Valley. It started with a walk to Alexis Wilson. Edwin Figuera reached on the second out of the inning. Figuera stole second and then stole third, and another walk followed.

Mota was pulled after throwing 4 2/3 innings with three earned runs and four strikeouts. 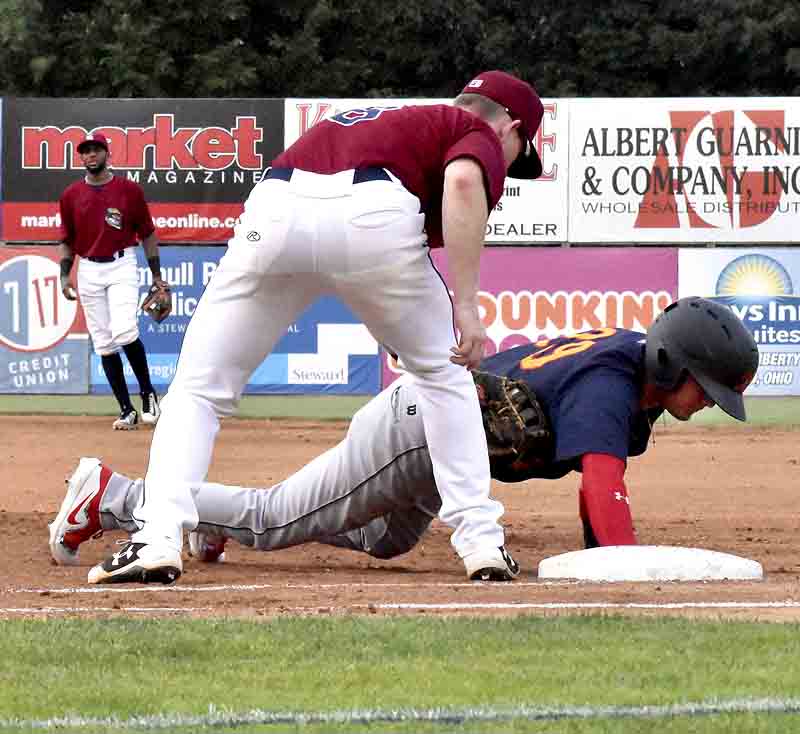 Mahoning Valley first baseman applies the tag to Nick Dunn of State College on a play at first base.

Adoni Kery replaced Mota, but it didn’t get better.

After another walk, Stanley Espinal cleared the bases for a three-run double to give State College its 4-1 lead.

Despite the loss, the Scrappers still had good news as Luis Oviedo, Dakody Clemmer and Adam Scott were all called up to Class-A Lake County.

“We are just really happy that they moved up. They have been working their tails off. We are just going to continue to work hard here,” Gantt said.

The Scrappers still hold a 2 1/2-game lead in the Pinckney Division and own the best record in the NYPL.

Donna Houston knew her husband’s mind was deteriorating when the college football Hall of Famer and Cleveland ...

More than meets the eye

There’s a man jumping around on the sidelines, yelling at one official — OK, maybe all three — on the floor. ...