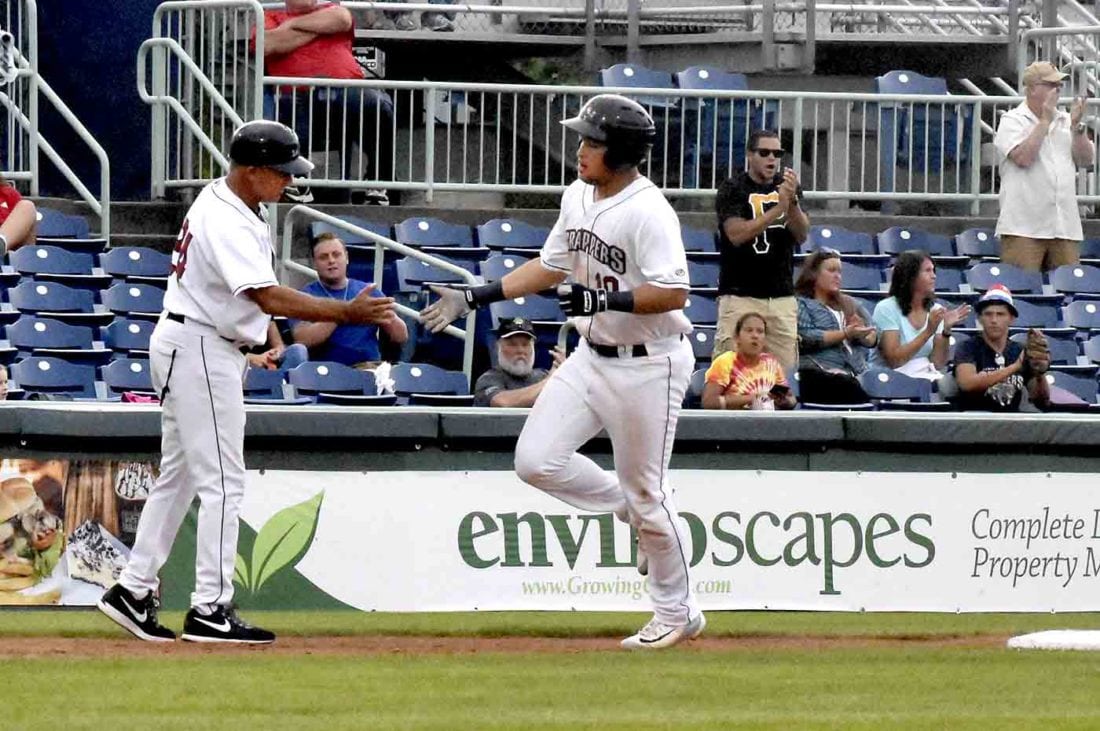 Tribune Chronicle / Marc Weems Mahoning Valley’s Henry Pujols, right, is congratulated as he rounds third base by manager Jim Pankovits Monday night at Eastwood Field after Pujols homered in the second inning. The Scrappers lost, 4-1, to the Williamsport Crosscutters. The teams play again tonight at 7:05.

“He’s strung together three really good outings. That’s good to see. He struggled early in the season but he made a couple of adjustments,” Mahoning Valley manager Jim Pankovits said. “He’s thrown really well and kept us in the game.”

It was a below average day for the Scrappers’ (26-15) offense. They wasted an opportunity in the bottom of the first as Tre Gantt and Tyler Freeman reached to start the inning then were stranded on third and first base, respectively.

Despite that, it was still a good day for third baseman Henry Pujols. 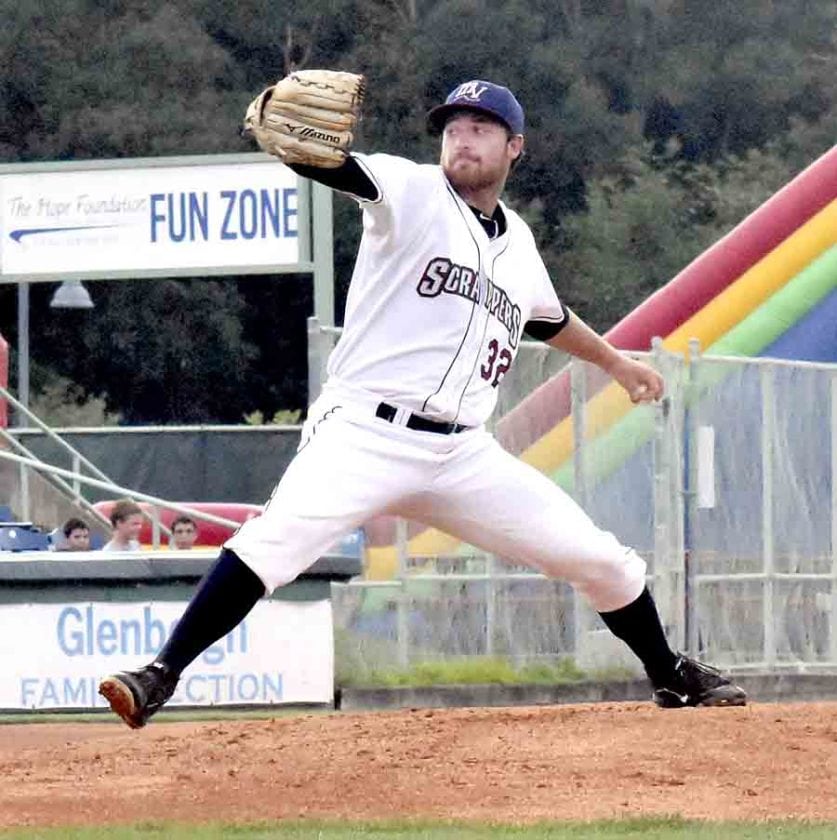 In the bottom of the second inning, Pujols hit his third home run of the year to tie the game at one. He had just his third multi-hit game of the year. He also made three plays at third to keep the Scrappers in the game.

“Better late than never,” Pankovits said about Pujols’ great game. “He has continued to work at it. He has been working as much as anybody. We need him down at the bottom of the order right now to turn the lineup over. Hopefully, he can move up the lineup at some point.”

Williamsport (17-25) was ready to go from the beginning. With two outs in the first, Madison Stokes singled and then Edwin Rodriguez doubled to score Stokes for the only run charged to Draper.

The Crosscutters broke the 1-1 tie in the eighth inning. Rafael Marchan started it with a double. Stokes singled in the next at-bat. They both scored on Edwin Rodriguez’s triple that was just out of the reach of center fielder Gantt.

Rodriguez scored on Jesus Henriquez’s sacrifice fly to go up 4-1. The Crosscutters wouldn’t give those runs back as Keylan Killgore pitched the last two innings for the save.

Despite just six hits as a team, Freeman got a single early to extend his hit streak to 12 games.

“He’s one of the best young hitters I’ve seen in 25 years in this game. He just has an unbelievable future ahead of him and we are very fortunate to have him. The people in this city are fortunate to be able to see him play,” Pankovits said.

Pankovits also said that “the bus got us,” referencing the fact the Scrappers played over the weekend in Aberdeen, Md.

The Scrappers’ lead in the Pinckney Division went down to four games yesterday with Auburn winning. Game two of the series is today at 7:05 p.m. at Eastwood Field.

NEW YORK — Bartolo Colon refuses to entertain the idea of retirement. It doesn’t matter that he didn’t ...

TORONTO (AP) — The NHL hopes to have players back in team facilities soon — with plenty of precautions. The ...