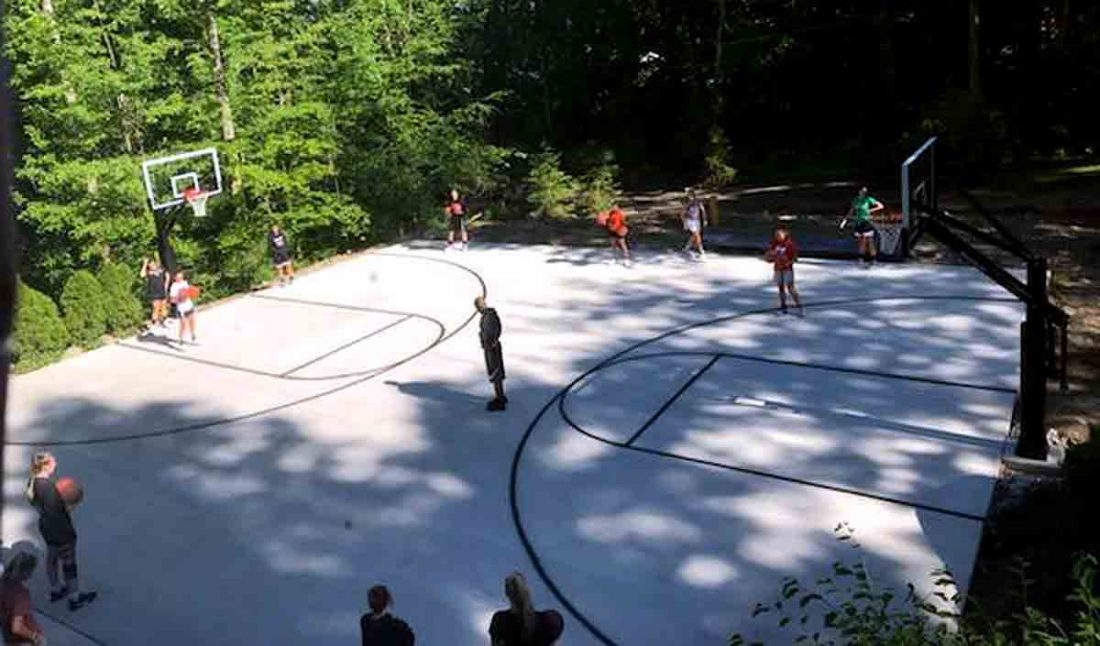 Alex Ochman spent the last couple of months in her front yard. There was a half court. It was her shooting over and over again, rebounding her own shot.

About a month ago, a court with two baskets opened in the backyard of Shawn Pompelia.

The offseason has been tumultuous. COVID-19 pandemic. Home schooling. The coach, John Diehl, who has been there for 26 seasons, was not renewed.

“Honestly, it feels like I’m back in high school. Just like a normal practice,” said Ochman, who plays at Shawnee State University. “It’s so nice, girls out there playing the sport that we love. We’re just trying to have fun and get better.”

Ochman headed back to Shawnee State this week.

Normally, Howland’s basketball team would be at basketball camps and facing other teams. The coronavirus pandemic has shut down those venues around the country.

“They didn’t have that option this year,” Ochman said. “Just getting out there and having the practices, or whatever you want to call it, is pretty nice. At least they’re getting some work in.”

That’s what Pompelia wanted to provide this Howland team. Trainer Javon Snipes works with the varsity girls. Pompelia, whose daughter Alyssa plays for the varsity team, said he has no aspirations of filling the varsity coaching vacancy. He is a former John F. Kennedy High School boys basketball coach and was an assistant coach at Warren G. Harding, and currently mentors his younger daughter’s team, which is entering seventh grade next season.

“I don’t want anything to do with the job. I just want to be a dad and watch my kid play,” Pompelia said of the varsity job.

He wants to make sure the girls basketball players have some brief respites of fun.

“Try to get back to normalcy with the team aspect,” Pompelia said. “They’ve been self isolated the last couple of months. Sports in a phenomenal way to bring people together. We’re in an outside environment with their team. That’s really a different environment where they can grow and try to hone their skills a little bit better and have fun.”

Alyssa Pompelia is appreciative her and her teammates can get some time in playing as a team as unknowns are surrounding them on a daily basis.

“It’s nice because we can get the team together,” she said. “We can’t get into the gym like all the other teams. We get to work on fundamentals and see one another.”

Shawn Pompelia said he’s inquired if the WGH girls would like to join the Howland girls and shoot around as well — trying to give them opportunities as well.