Bristol had all but one player back from 2019 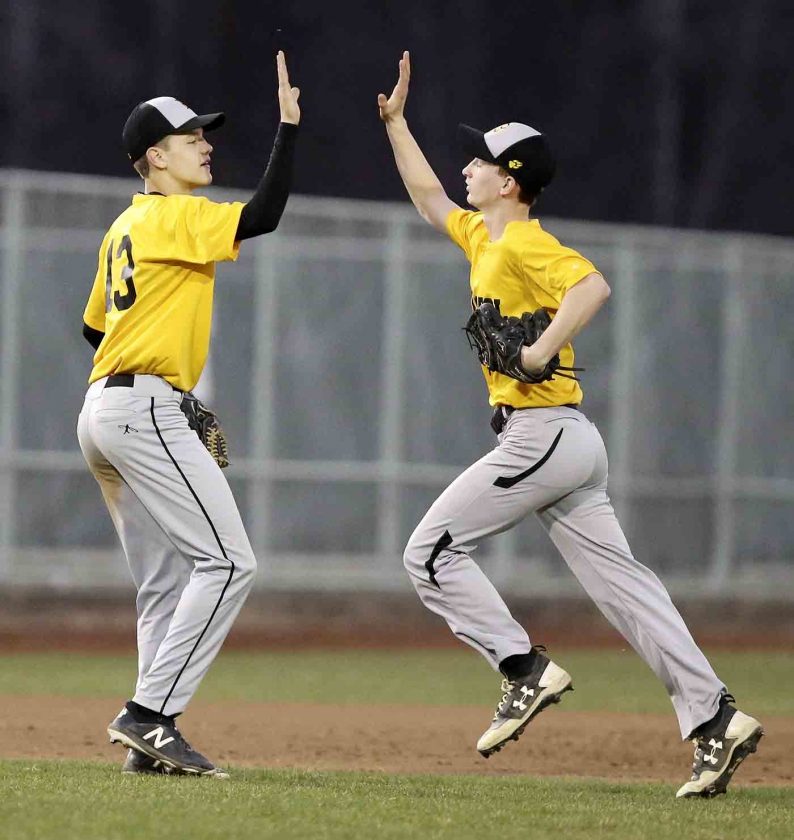 Editor’s note: Despite the fact the high school spring sports season in Ohio was canceled before it got started, the Vindicator and Tribune Chronicle will continue to profile area teams and athletes. Readers can approach the stories with the attitude of “What might have been.”

In other words, the players expect to win.

Those same self-created aspirations have slowly trickled over to the baseball team during the last few years. The program has grown from subpar to district contender.

Unfortunately for the Panthers, this looked like their year to prove those expectations were legitimate, but the COVID-19 pandemic led to the cancellation of high school spring sports and ruined that chance. Bristol was bringing back eight starters and 11 lettermen from a team that reached the Division IV district final and finished 18-8.

“We lost Gage Elza last year, so that was a pretty big loss,” senior shortstop Matt Stephens said, “but we had so many guys returning, with a lot of promising talent, with some of the younger guys getting a year older. I really thought we had a very good shot at going back to that district final game, and then I think our ceiling was past that. We had a really good shot to go into regionals and compete.”

Those goals are no longer farfetched at Bristol.

Known as one of the area’s premier basketball schools, the Panthers started to carry that success over to baseball about four years ago. Players such as Stephens, Matt Wiebe, brothers Matt and Nick Church, Seth Mooney and Jeremy Miller all compete in both sports, and when basketball season was over, they brought talent and confidence to baseball.

“Over the last few years, the success of the basketball program has helped the baseball program,” said Bristol baseball coach Jeff Thompson, who also is an assistant basketball coach. “I also think that over the last couple of years, we’ve made baseball a popular thing to do at that school. We went from wanting to win and thinking we could win to expecting to win.

“It was a change in the mentality.”

The physical traits were there, too.

Stephens is one of several standouts. He hit .340 as a junior with 13 stolen bases and also boasted a 1.47 ERA as a pitcher. The Thiel recruit was one of five or six solid starters, Thompson said.

The defense was another strength. Not only did eight starters return to their primary position, but if there was a pitching change, or any change in positions, a Panthers team loaded with versatility was ready.

“We could put a lot of different guys at different positions,” Thompson said. “… We had a bunch of those kids this year. A lot of the times, you have kids, and they’re strictly a first baseman or strictly a right fielder, but we just had so much versatility.”

While Bristol lost, 4-2, to Mathews in the district final in 2019, the Panthers looked to be the favorites in the Northeastern Athletic Conference — and possibly the district.

A team that dominated in the youth league circuits growing up was ready to compete with the big boys after years of developing chemistry and fundamentals. It was going to be a fun year for the Panthers.

Nevertheless, it was a fun career for Stephens to grow up winning with his friends.

“Ever since we were younger, our second or third year of peewees, both the Bristol and Farmington teams were undefeated,” he said. “We actually ended up playing each other in our peewee championship game. So, all the way up through our hot stove and peewee years, we’ve been winners. It was slowly building, and then when we got to high school, we’re all playing together, and it was just really special to see the change (in our program).”