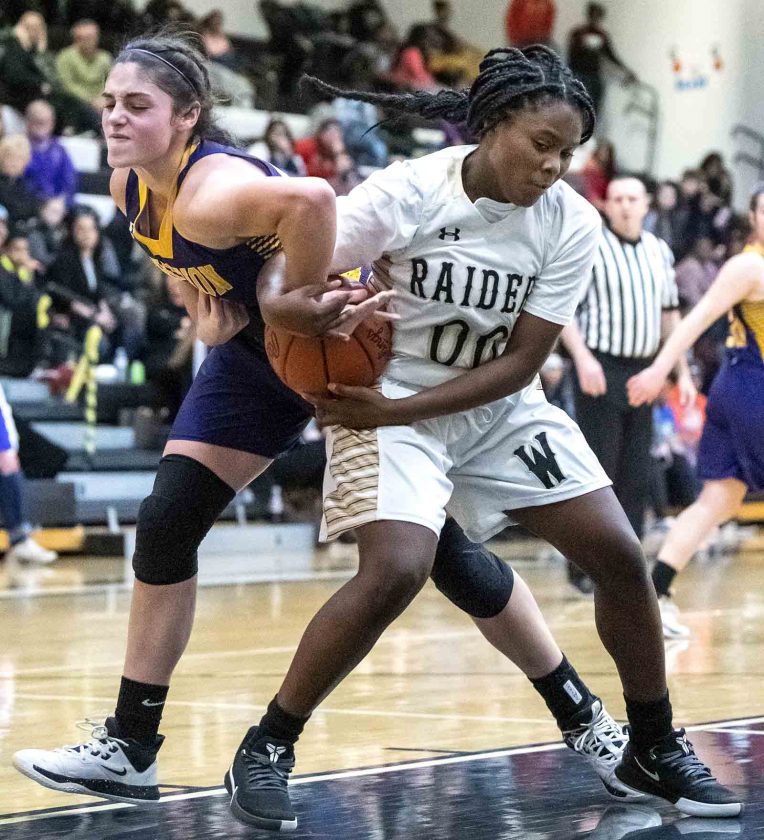 Harding started its four seniors — Karlie Heilman, Braeden Morris, Caleena Trimble and Nalida McQueen. The Raiders sent the seniors off in style with a 61-37 victory.

“The seniors did a great job starting the game for us,” Raiders coach Frank Caputo said. “They brought the energy that we wanted to bring. Even though they’re not normally the ones going in first, they still brought it like they meant to be there. I’m very happy to get that win for them. This was the first 20-win season we’ve ever had. So, for these seniors to be the ones to do that, it was great.”

Champion looked to spoil the party for Harding. Emma Gumont (team-high 17 points) and Ava Howell drilled 3-pointers giving the Flashes the early advantage. Morris finally gave Harding the lead after her lay-up with 2 minutes left in the first.

“I thought, early on, we started out well,” Champion coach Michael Cole said. “I would have liked to have given a little bit better of a fight. That second quarter was a disaster.” 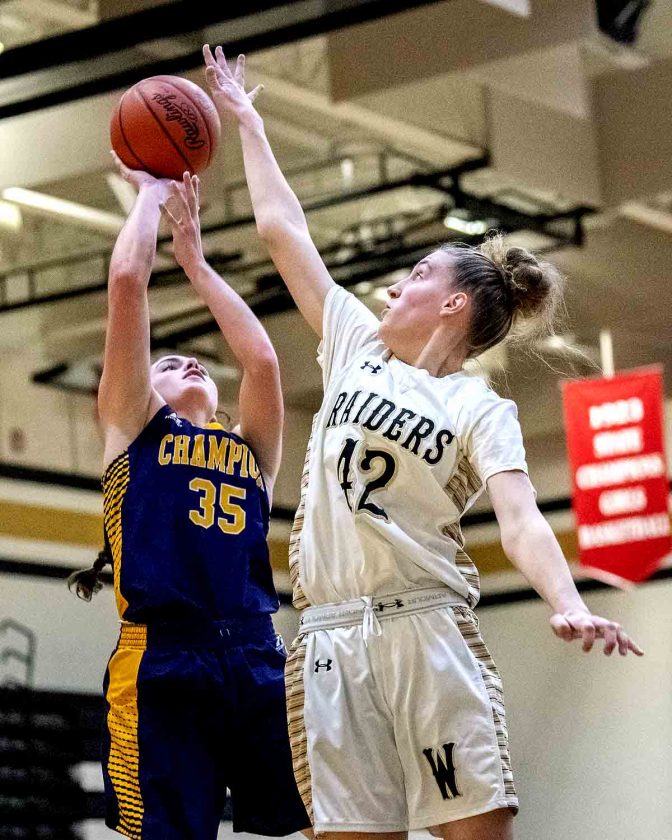 Harding junior Kamarah Bender entered the game nine points shy of 1,000 for her career. She nailed one from downtown to eclipse the milestone and give the Raiders a 18-10 lead heading to the second.

“This is something I’ve been looking forward to for three years,” Bender said. “It couldn’t have been better than this. I’m going to remember everyone that was there for me, and that had my back.”

Bender’s teammates had her back in the second as the Raiders outscored Champion 18-2 in the quarter. Diamond Phillips flew down the court for a bucket. Faith Burch (15 points) had a pretty finger roll. Makaila Powell finished after Bender swished one from behind the arc.

The Raiders (20-2) took a 36-12 lead into halftime. Bender (game-high 25 points) got the scoring started in the third quarter with some slick dribbling skills.

“The way she shares the ball this year kind of changed her dynamic,” Caputo said. “It’s a great thing for her, and her teammates, to be able to get that accomplishment. It’s something we knew was going to happen this year. I didn’t realize it was going to go down to the last one to get it. It’s an awesome thing.”

The Flashes were without senior Allison Smith, who has missed most of the season with a knee injury. The softball sensation helped Champion win a district title in basketball last year.

“I’ll be back just in time for softball season,” Smith said.

“Harding is a number one seed in division one,” Cole said. “So, they’re pretty good. They are talented. There’s not a lot of teams in division three that are that fast and big. When they shoot the ball like that, it makes it a very difficult task. Today doesn’t ruin what we’ve done. We’re a number-one seed in Division III. We play a big schedule. We hope these games get us ready for the tournament.”

The Raiders won the All-American Conference, Red Tier and are a number-one seed in the tournament for the first time in school history.

The Boardman High School girls bowling team qualified for the Division I state tournament by placing fourth in the ...

The high school girls basketball sectional tournaments were the appetizers. Now it’s time for the main ... 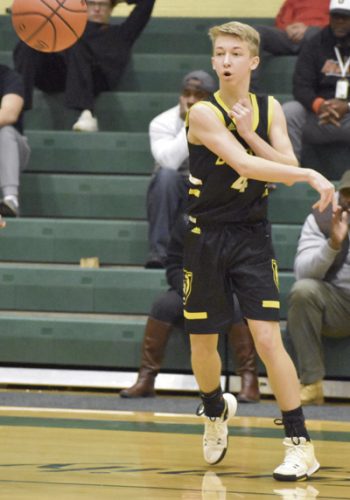