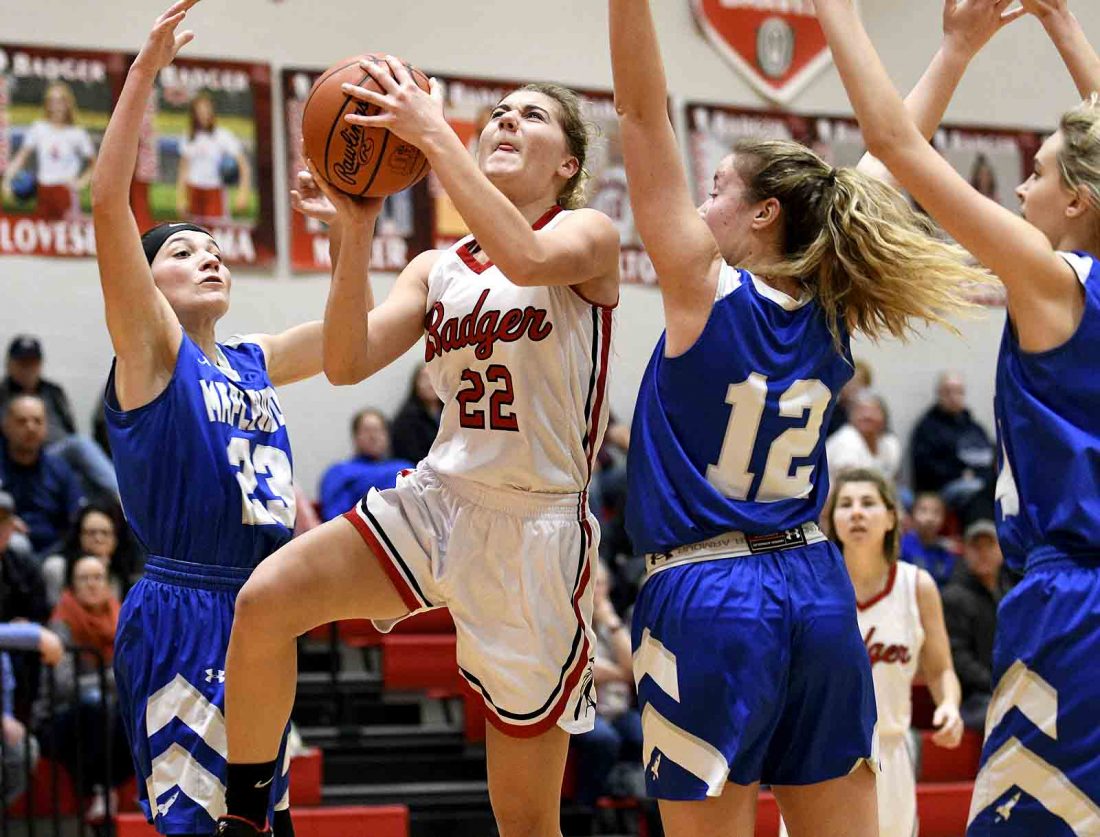 VERNON — With one game remaining in the regular season, Maplewood ended on a high note, overcoming a first-quarter lull to beat Badger, 48-15.

“We started off a little slow, it took us a little while to get warmed up,” Rockets coach Mark Yoder said. “I warned them before the game that Badger is going to play hard. We knew it was going to be hard fought and sure enough that’s exactly what happened.”

Maplewood was held to three points in the first quarter but was able to create momentum, and then there was no stopping the Rockets’ offense.

“We did a pretty decent job on defense and were a little lackadaisical on the offensive end,” Yoder said. “Once we got things going and we started getting the ball up and down the floor at a better pace, shots started to fall and things started to roll for us.”

The offense got rolling especially well for Baylie Starcher, who scored 17 points. Marissa Ventura added 16 points. Maplewood was able to bounce back from its three-point first quarter and scored 23 points in the second. 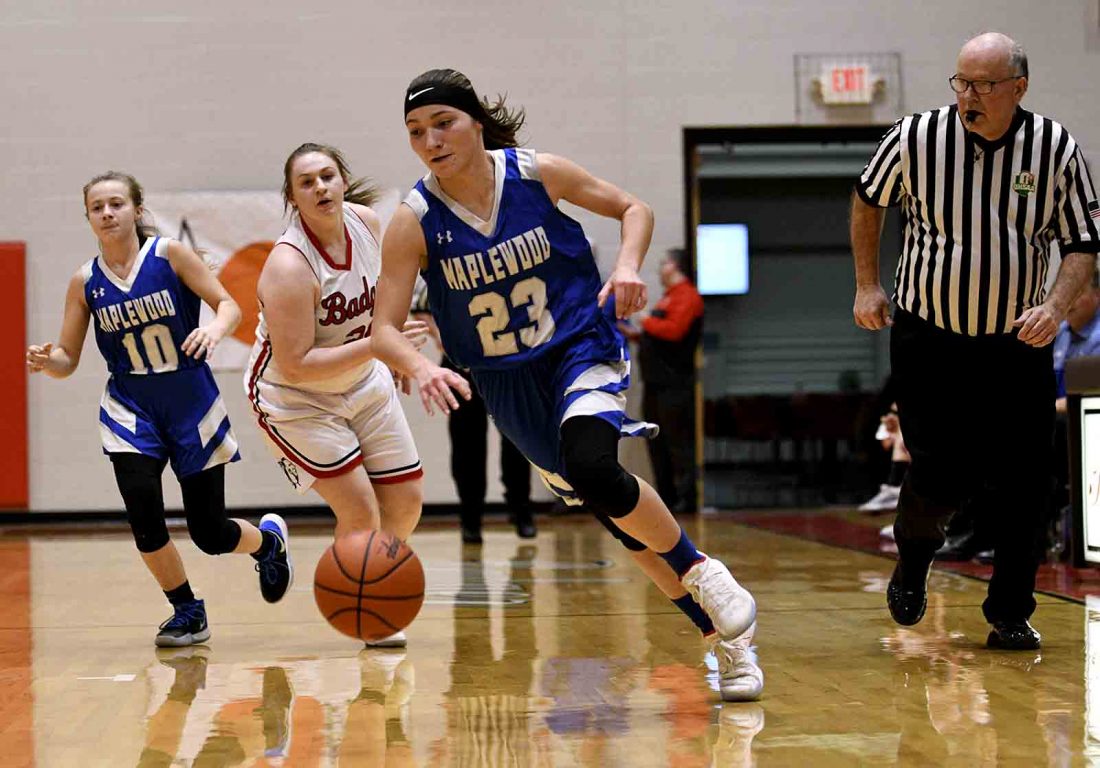 For the Braves, it was their senior night. First-year coach LaVell Turnage — while only spending a year with his senior class — has developed a strong bond with the girls.

“It kind of reminded me of my own senior night,” Turnage said. “It’s emotional. I wanted to cry at times because I love my girls more than anything. I look at them as my own little sisters and all I want is the best for them in life.”

Turnage is thrilled with how his team has progressed from the beginning of the year to now.

“From the very beginning of the season to now, I’m on cloud nine the way they’ve played,” he said. “The effort they’ve thrown around, learning new things, that’s the biggest thing.

“I had a goal to get so many wins this season with this team. This team has two varsity players that returned from last year that barely played and a bunch of eighth graders that became freshman that play a lot. I had a goal and we exceeded it. Being 11-10, 10-6 in the conference, I’m very pleased at the way we’ve been playing.”

Going into the year, all Yoder wanted for his team was to improve. The Rockets (21-1, 15-1) were able to deliver on that, but there’s still one last hurdle.

“Our goal was to do better than we did last season,” Yoder said. “Last season we had 20 wins so this game takes care of that. Last year we were the number-four seed. We were number one this year. Last year we tied Pymatuning Valley for the conference title and this year we won it outright. All we have left to do is to make it to the district finals because we only made it as far as the district semifinals last year.”

There’s potential for a rematch as Maplewood will play the winner of Badger and Mathews in the sectional bracket final on Feb. 22. With the tournament fast approaching, one thing the Rockets will work on is maintaining possession of the ball.

“Whoever it is, I know we get to play them on our floor and we always play better on our floor,” Yoder said. “We’ve just got to clean up some of those turnovers. We just focus and everybody does their job. We take care of the ball, make good passes, take an open shot, things will work out.”