LaBrae cannot get past Springfield 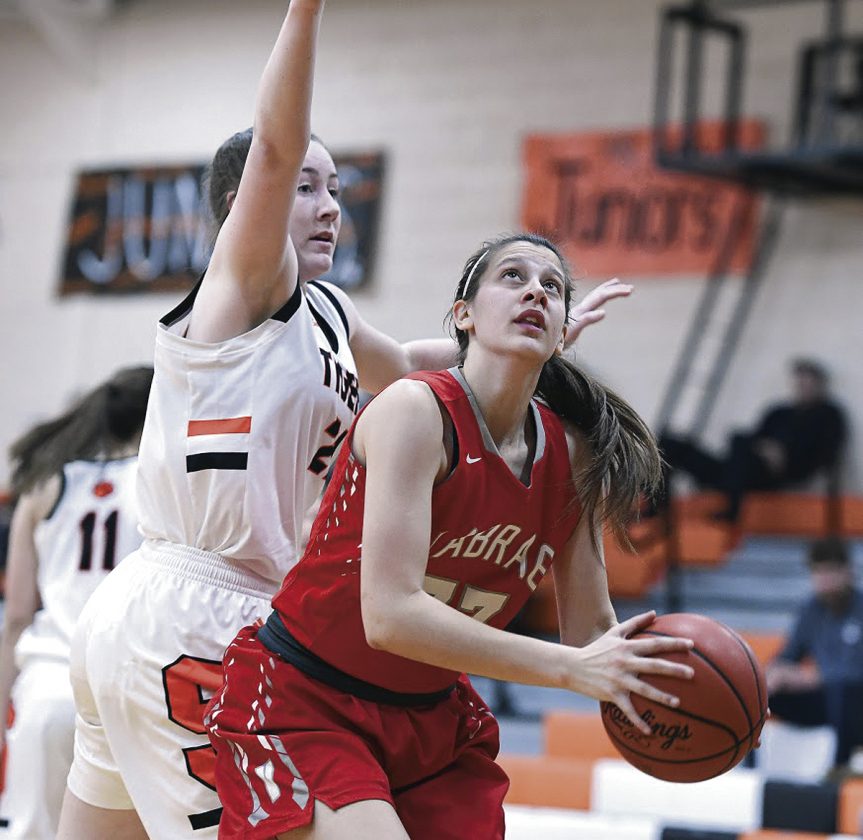 Correspondent photo / Robert Hayes LaBrae’s Jenna Reppart, right, goes up against Springfield’s Jacey Mullen during the second half. Reppart had 16 in the losing effort.

Correspondent photo / Robert Hayes LaBrae’s Jenna Reppart, right, goes up against Springfield’s Jacey Mullen during the second half. Reppart had 16 in the losing effort.

Correspondent photo / Robert Hayes LaBrae’s Laura McCoy, right, puts up a second during the second half.

NEW MIDDLETOWN — It’s been a long season, but Springfield thinks that things are finally coming together at the right time.

In their final regular season contest, the Tigers clawed back to .500 with a come-from-behind 48-44 victory over the visiting LaBrae Vikings to take a three-game winning streak into the postseason tournament.

“Initially, in the early part of the season, we were hoping we could make a double-digit win total this year, but we didn’t really know coming in with a couple freshman and new pieces here and there,” Springfield coach James Schuler said. “We have a couple seniors, trying to make it all fit and work out together, we didn’t know what we’d get into.

“But as we’ve started to get a good groove down, I think we’re starting to play better ball and that’s definitely helped.”

Springfield held an early 6-5 lead, but trailed LaBrae until late in the fourth quarter. The Vikings led 22-12 in the second quarter before the Tigers went on an 8-0 run to chip into the deficit. 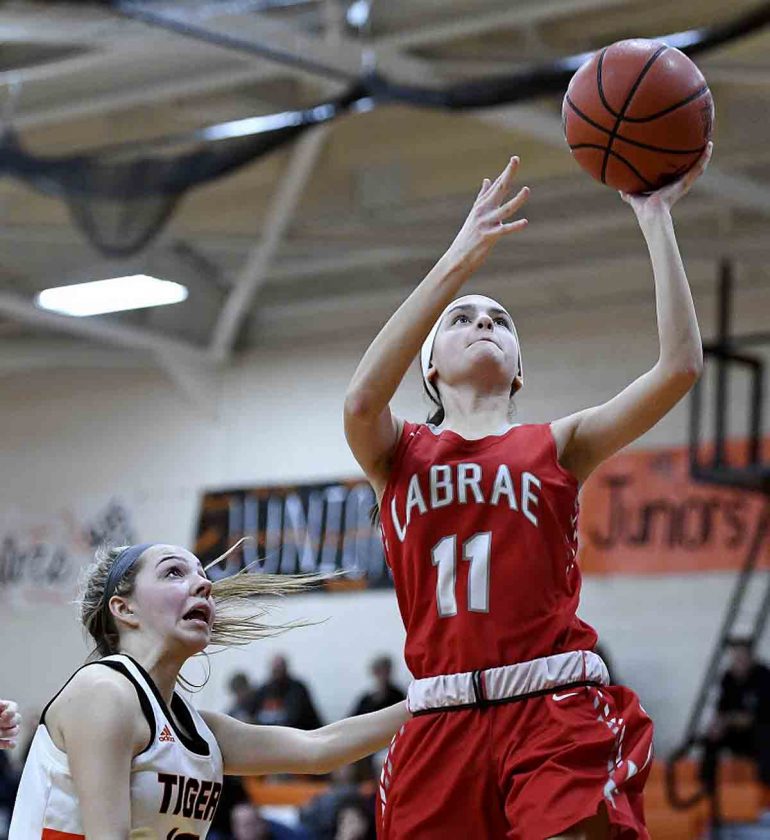 Correspondent photo / Robert Hayes LaBrae's Laura McCoy, right, puts up a second during the second half.

LaBrae once again held a double-digit lead at 30-20 in the third quarter, and Springfield had an uphill climb from there.

With less than 4 minutes to go, Madison Lesnak hit a shot to give the Tigers their first lead since the early stages of the game at 41-39. A 9-0 run by Springfield gave them a two possession lead at 45-39 and proved to eventually be the series of plays that won them the game.

Freshman Jacey Mullen, who scored a game-high 20 points, feels that it was a team effort.

“It feels really good, because I feel like when one person scores, it gets everybody going,” she said “So, if we just get everybody going, we’ll keep the win streak and hopefully go far into the tournament.”

Junior Kylee Kosek contributed 14 points and feels that the Tigers are clicking at the right time.

“It’s a good way to end the season to get into the tournament,” she said. “I feel like it’s really good for us. We’re really playing good team basketball right now, which the results obviously kind of show that.

“If we continue to play the way that we have been, I feel like we do have a shot at going pretty far. We have United the first round, which is kind of like an every year thing at this point.”

LaBrae drops to 12-10 on the season, and despite being shorthanded Vikings coach Mandy Rowe felt that her team could have played better across the board.

“We played with not much of any effort tonight and our defensive effort was not good,” she said. “Our big post player, Lenox McConaughey is out sick, so she didn’t even make the trip, so we were down a player, but that’s no excuse for our effort.”

The Vikings are the fourth seed in the Division III Cortland district and will host fifth seed Pymatuning Valley on February 22nd.

“We have not played them, so it should be a good matchup,” Rowe said. “I think they have a similar record as us, we’re a four seed and they’re a five seed, so we’ll see, you know, tournament time anything can happen.”

Springfield (11-11) will make the trip to United for the first round of the Division III Struthers district on the 19th. The two schools have faced each other in the playoffs the past two seasons, with the Tigers winning 38-31 at United last year.

Schuler thinks that his team’s win streak will give them momentum going into the playoffs and is looking forward to their matchup.

“We got to go against a tough United team at their place the third year in a row, so it’s going to be a battle down there, but we’re up for the challenge,” he said.