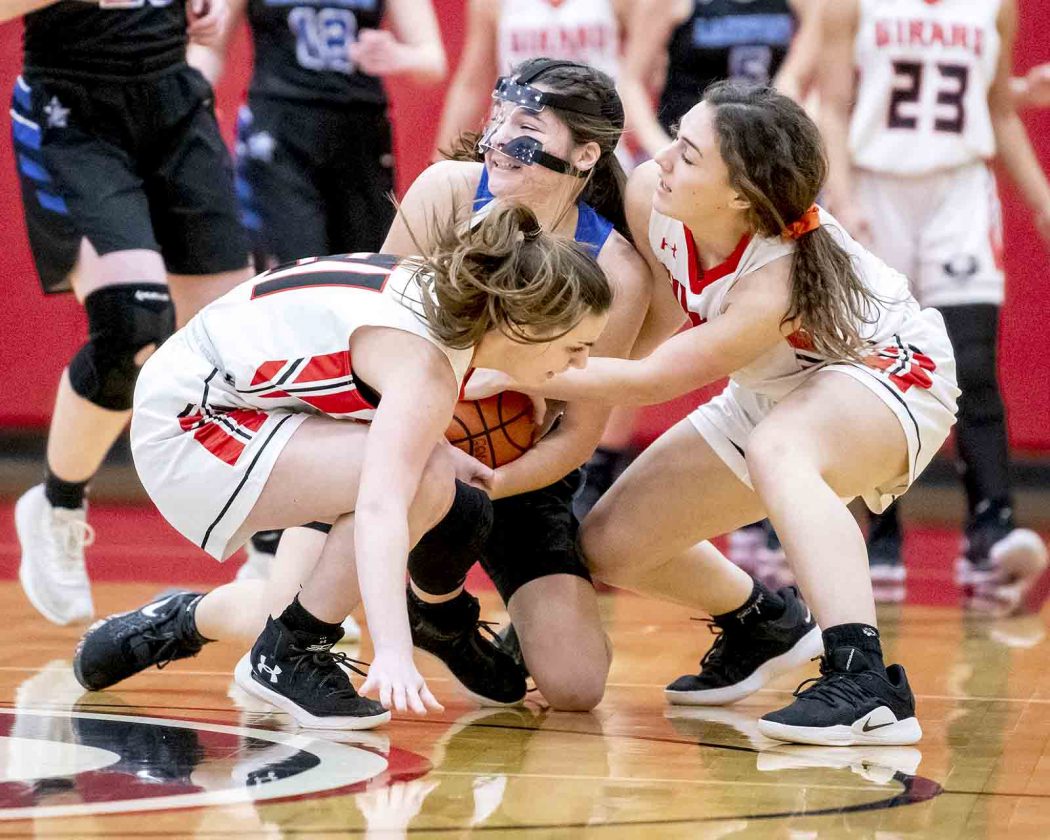 GIRARD — Girard hosted Lakeview in a Division II sectional first-round game on Saturday afternoon. The No. 11-seeded Bulldogs were looking to pull off the upset, but the Indians remained poised and moved on to the next round of the tournament with a 45-33 victory.

Lakeview (3-18) came out with a great effort defensively. Allison Augustine and Teagan Pierce scored. Senior Tiffany Bartholomew pulled down another rebound to close out the first quarter, and the Bulldogs led 6-3 heading to the second.

“We executed what we wanted to defensively,” Lakeview coach Kevin Haynie said. “We just missed too many easy shots. We probably shot 90 percent of our shots in the paint. When you make eight of them, that’s why you lose games like that.

“You’ve got to finish. Where we shot the ball you love, but they still have to go in the hoop. It was frustrating.”

Lakeview held tough, but Girard tied the game, 15-15, at halftime. Sophie Griffith sliced through the defense for a bucket. Marissa Cave made a jump shot, and Emily Fitzgerald found the bottom of the net. Megan Zetterquist had a nice assist to Bartholomew for Lakeview, but Girard senior Lindsay Cave helped the Indians knot the score. 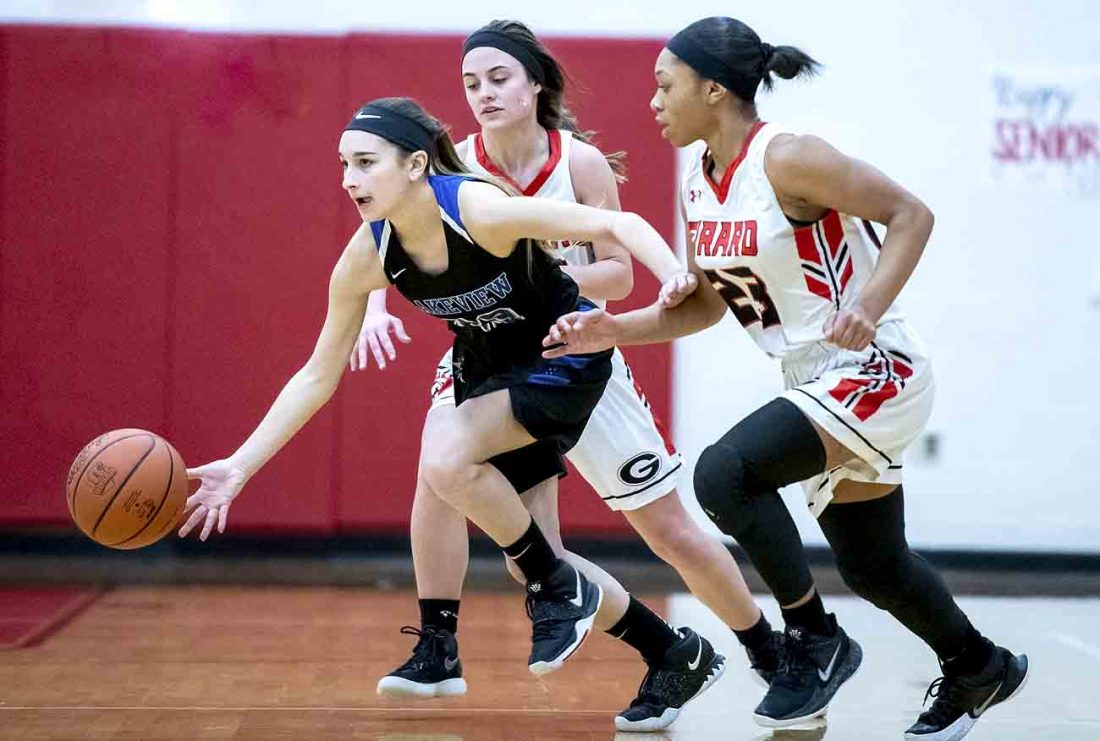 “This is the first time I’ve ever won a tournament game,” she said. “It just feels good to finally win with my team. We were in a rebuilding stage. We’re finally good enough where we can play with the top teams. It was great to have a winning record this year.

“I told my point guard (Sieasia Triplett) to keep her head up. She was a little down, I could tell. She runs the offense, she starts it. Her confidence grew. We just ended up having a good game and making jump shots.”

Lindsay Cave made a textbook jumper to begin the third. Griffith had a nice finish. Fitzgerald banked in a 3-pointer and Triplett made a lay-up. Bartholomew cleaned up a miss inside and Augustine had a perfect assist to Christine Innocenzi for Lakeview, but Seyhan Dede’s jump shot gave the Indians a 31-23 advantage at the end of three quarters.

Triplett went all the way for a basket at the beginning of the fourth. Marissa Cave scored down low. Griffith and Lindsay Cave put the finishing touches on the tournament victory with a couple hoops for the Indians.

“Lakeview ran almost like a triangle and two against us,” Girard coach Andrew Saxon said. “It was a gimmick defense. It took us a while to realize where the openings were and what to do against it.

“We made some adjustments at halftime. We were able to score a little bit better in the second half. We have a balanced attack. It was different facing that defense, but we adjusted.”

The number 6 seed Indians move on to play number 3 Southeast on Thursday night at 7 p.m. in a sectional bracket final.