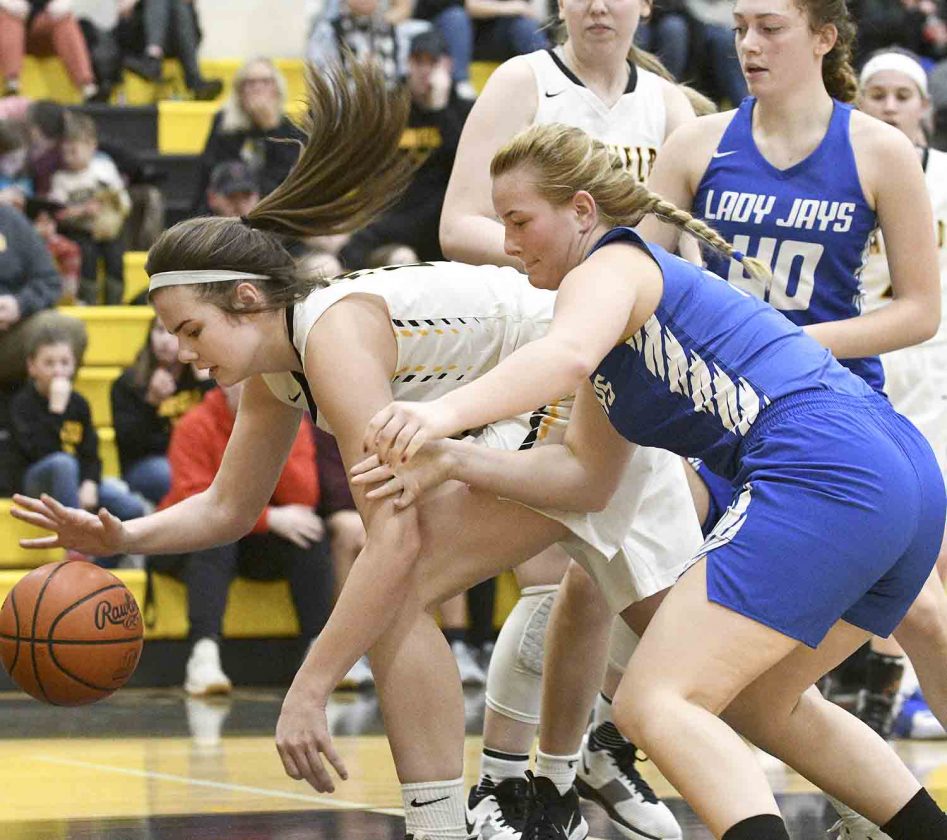 GARRETTSVILLE — With the postseason tournament less than 10 days away, Garfield and Jackson-Milton gave each other one last challenge before the sectional games begin. In a back-and-forth bout, it was the G-Men that came out on top, winning 60-54.

While the Blue Jays are a division down from Garfield, G-Men coach Aaron Gilbert liked the challenges Jackson-Milton brought, matchup-wise.

“That’s a good team,” Gilbert said. “I knew that they would press us a little bit. It was a tough matchup with some position stuff, but (Blue Jays coach) Pat (Keney) always has a well-coached team that plays hard, so we knew what we were getting into. But I liked how we stepped up.”

Garfield was able to crash the paint to score a good portion of its points. Sophomore Jenna Smith finished with 20 points and nine rebounds. Despite Smith’s success, Gilbert wanted to see more from his team on the boards.

“That was the thing we really preached was having Jenna try to finish in there,” Gilbert said. “I thought they scored a lot of points off missed assignments and putbacks and loose balls. We’d have it secured and then they’d tip it out.”

Grace Mills provided outside shooting for the G-Men, scoring 18 points. Mills and Sarah Seaman each had two 3-pointers.

Jackson-Milton, the fourth seed in the Division IV Mineral Ridge District, is coming off a rough week that saw the whole team sidelined due to illness. Keney thinks a game like this was a perfect way to get back into rhythm before the tournament.

“We’re happy that we got to play a quality team like this to get us ready,” Keney said. “We’ve been off Wednesday, Thursday and Friday with the flu, our whole team’s been sick and we went to play Saturday with no practices and squeezed that game out. This is a good program, the girls work hard. They just had a couple balls fall in for them that didn’t fall for us.”

Grace McDevitt and Abigail Spalding led the Blue Jays with 14 points each. Spalding also had eight rebounds for Jackson-Milton.

The G-Men claimed the No. 2 seed in the Division III Lakeview District and will face off against the winner of Crestwood and Cardinal. Garfield also closes its season against Crestwood Wednesday. While improvements need to be made, Gilbert likes the way his team has progressed.

“I like where we’re at,” Gilbert said. “We need to clean some stuff up defensively, but I like where we’re at. I think scoring-wise it started to spread out in the second half. The first half was dominated by two kids. I didn’t think we would win it if only two kids were going to score.”