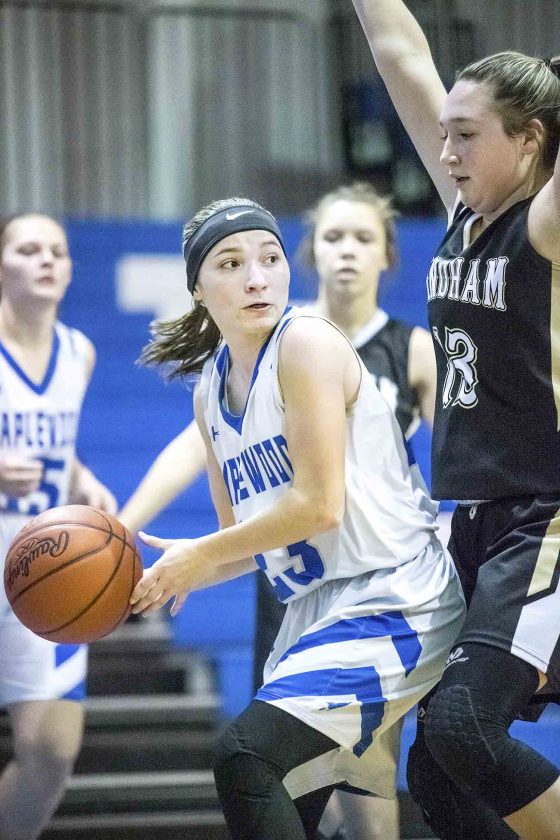 MECCA — Let’s go back in time.

The last time the Maplewood Rockets were undefeated this late in the season was the 2007-08 campaign when they made it to the Division IV district final.

Five years later, in 2012-13, Maplewood had its best tournment run when the Rockets lost to Berlin Hiland in a regional final.

Flash forward seven years to now and the Rockets are again undefeated at 16-0 as they set the tone early in a 56-14 win over the Windham Bombers in Northeastern Athletic Conference play.

“It’s been a pleasant surprise,” Maplewood coach Mark Yoder said. “We knew we were going to have some pretty good games throughout the year. Getting off to the good start the way we did was helpful. To be undefeated at this point, it has been a pleasant surprise. I knew if we played the kind of basketball we were capable of, that it was possible.” 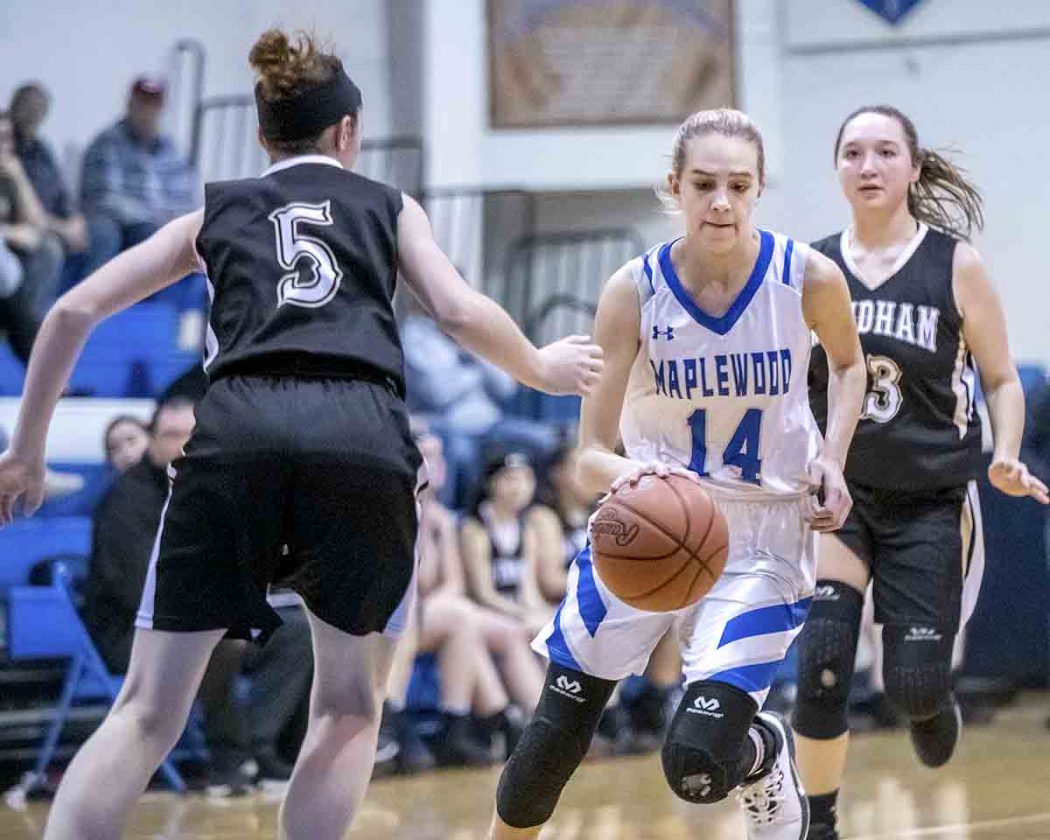 Yoder, in his 23rd season as coach of the Rockets’ basketball program, has had his fair share of good players over the years. He was asked to compare this team featuring Marissa Ventura to the one with Michelle Sloan, Kristen Schwartz and Leah Dean.

That team featured three players who averaged in double figures, where this team features just Ventura averaging 20.9 points per game with Baylie Starcher adding 9.5 a game.

“This team and that team are completely different,” Yoder said. “The style of play was a lot different. The talent on the teams was different. Marissa’s our go-to player. She’s very athletic. She puts a lot of time into her game in the offseason. She plays some AAU Basketball in the spring, which is one of the traveling teams.

“She does a really nice job. She’s been a good player going all the way back to junior high. Other teams know she’s the girl you want to stop. You’ll see a box-and-one. We’ve been working on different plays against the box-and-one. She’s a very talented player. She knows how to get the ball in the basket.”

The play from Ventura was evident as she scored 20 of her game-high 25 points in the first half Thursday night. 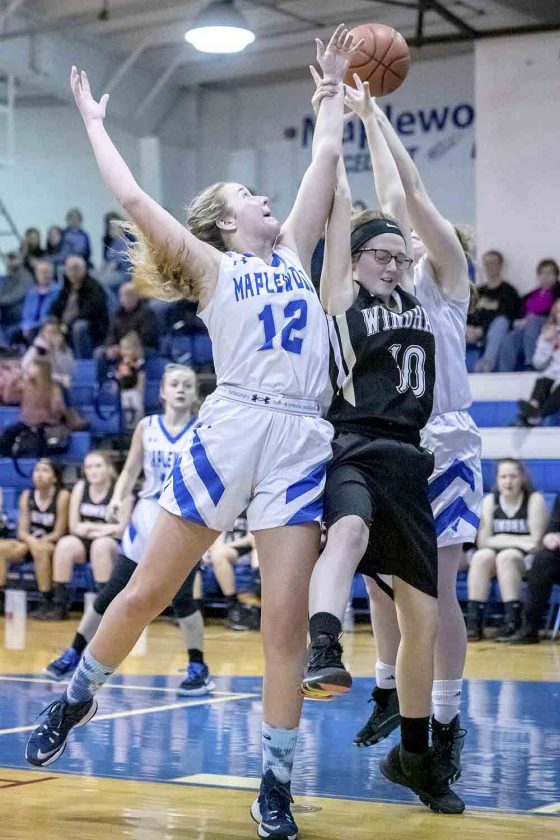 Correspondent photo / Dianna Oatridge Maplewood's Emily Kohlmorgan (12) and Windham's Kaylee Nicole (10) battle for a rebound during their game in Mecca on Thursday.

“My shooting was a little off,” she said. “I need to work on that. I was able to get my layups, which was good. I just need to keep working.”

“That’s what we talked about prior to the game, just playing a little fast, controlling the pace, getting the ball up and down the court as quick as we could on offense, and putting a little more ball pressure on defense,” Yoder said. “I thought we played a little lethargic at times the first time we played them. We weren’t going as hard as we could. I think we did a good job in the first half of setting the pace and playing at the tempo we wanted to play.”

The pressure on defense held Windham to 2-of-14 shooting in the first half while Maplewood was 11-of-32 and opened up a 31-6 lead at the half.

“Our team was playing very good defense,” Ventura said. “We pressed a little and caused some turnovers. That helped us get into our offensive sets.”

The game turned a bit in the third quarter as the Rockets struggled to make buckets, and the Bombers saw some success on the offensive end to get the game within 21 at 35-14 before Maplewood closed the quarter out on a 5-0 run.

“We weren’t as aggressive on defense,” Yoder said. “We went away from our trapping. I mentioned that to them that the end of the half and third quarter was a bit lackadaisical on our part. That’s fine. The score of the game will dictate how you play sometimes, but I want them to get used to playing hard on defense all the time, no matter what the score is.”

That message was received as Maplewood held Windham scoreless in the final quarter, 16-0, as the Rockets held everyone in single-figures for the Bombers. Paige Collins led Windham with four points.

“I told them they needed to pick up the effort on the defensive end,” Yoder said. “We’re standing there not getting our hands up on shots and giving them some open looks. Any team, you give them open looks, they can make them. We always want to take pride in the defense we play.”