¯ MAPLEWOOD 46, LAKEVIEW 33: CORTLAND — The Rockets remain undefeated after a big win over Lakeview.

Leading for the Bulldogs was Melanie Wolf who had 11 points.

Condoleon had 38 points, 10 rebounds and 10 steals. She also had five assists, as did Myriah Merten. Faith Hollobaugh added 15 points and seven rebounds for the Eagles and Lucy Whetzel had nine points and eight boards.

¯ NEWTON FALLS 44, CHAMPION 39: NEWTON FALLS — A historic milestone for the Golden Flashes was outshined by a loss, as Newton Falls came back to win in a nailbiter.

In the third quarter, Champion junior Emma Gumont scored her 1,000th point with the team.

The Tigers stormed back in the fourth quarter, outscoring Champion 19-6 to take the lead and get the win. Bree Hutson led the team with a game-high 25 points.

Leading for Champion was Brooke Whitt with 12 points. Gumont scored 10.

¯ MINERAL RIDGE 53, BADGER 38: VERNON — Alexa Harkins made history for the Rams in a big win over Badger.

Leading for the Braves was Grace Popovich who had 10 points.

¯ NEWTON FALLS 67, GIRARD 45: GIRARD — Newton Falls’ Josh Honeycutt and Joey Kline each had a huge first half, and the Tigers put a non-league tilt away early on in the contest.

Christian Graziano notched a game-high 21 points for the Indians (5-8).

¯ BROOKFIELD 80, MATHEWS 66: VIENNA — Brookfield’s Conner Stevens sank eight 3-pointers in the first half and scored 34 pointsto help the Warriors pull away from Mathews.

Stevens hit five 3s in the first quarter, and added three more in the second. He also threw down a dunk in the second half. Mathews hung tough and was within three in the third quarter, but the Warriors’ balance was too much.

Tyler Roscoe fueled the Mustangs (6-8) with a team-best 26 points, including five 3-pointers. Vinny Sharp poured in 21 points, but a 46-28 halftime deficit was too much to overcome.

¯ MINERAL RIDGE 90, BADGER 51: VERNON — Austin Governer had a 32-point afternoon for the Rams in a big road win over Badger.

Governer led Mineral Ridge with a game-high 32 points and Miles Culp added 18 points. The Rams outscored Badger 27-9 in the third quarter to pull away.

Kirtland led 24-15 after the first quarter, but was able to hold Grand Valley to 13 points in the second and third quarters.

Both teams scored 21 points in the fourth quarter.

ALLIANCE — Austintown Fitch finished fourth overall at the Top Gun Tournament at Alliance High School and placed seven wrestlers — the most of any area team.

The Falcons’ Colin Roberts was the champion of the 126-pound weight class, beating Alex Vlars of Huntington, 8-4. Zach Richards was fifth at 145 pounds. Tyler Lintner took fifth at 138. Joey Perez finished sixth at 285. Jacob Smail placed seventh at 182. Austin Winterburn was seventh at 220, and Marc Judy took eighth at 120.

The Cardinals scored 116 team points and had four wrestlers place, including a pair of champions. Ethan Fletcher won the 120-pound crown, with a 2-0 victory over Canyon Wells in the final, and Anthony D’Alesio dominated at 182 pounds, defeating Jesse Kantazar of Tallmadge, 5-0, for the title.

Other placers for Canfield were Peyton Kostellic (fifth, 195 pounds), and Michael Crawford (seventh, 170).

Brecksville-Broadview Heights won the tournament with 239 points. West Holmes was second (161.5) and Brunswick and Olentangy Liberty tied for third (131.5). 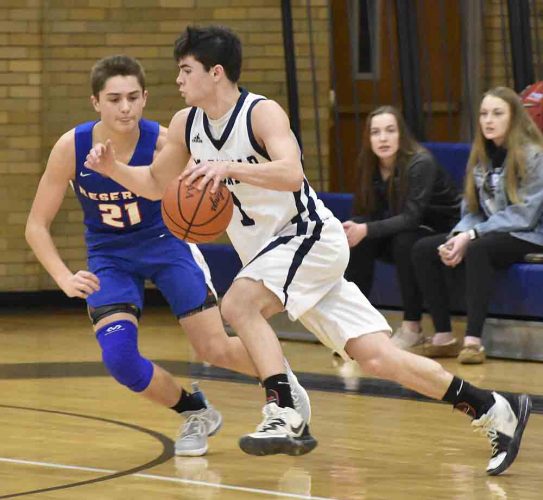 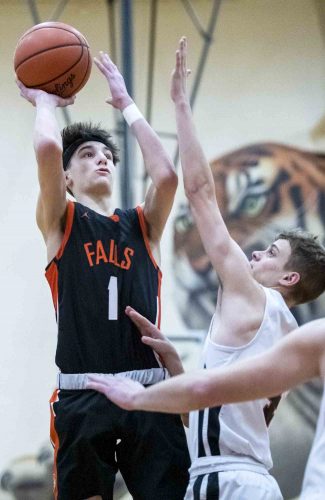