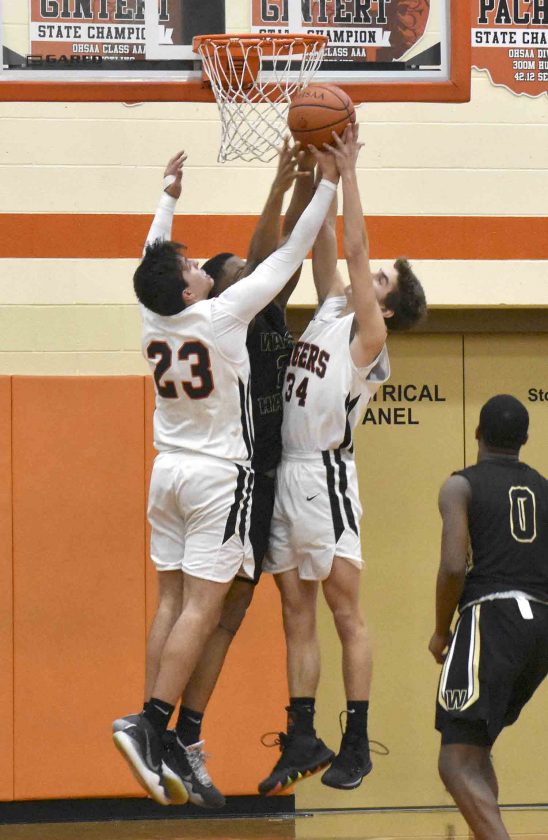 HOWLAND — The Warren G. Harding boys basketball team had a bit of a chip on its shoulder when it traveled to play Howland on Tuesday night.

The Raiders lost at Howland last season when Tigers’ coach Dan Bubon got the better of his brother, former Harding coach Gabe Bubon.

Harding also wasn’t happy after having a five-game winning streak snapped last Saturday with a 47-35 loss to a tall and talented Cleveland St. Ignatius squad.

“The kids were talking about this game as being a big deal after they lost (to Howland) last year,” first-year Raiders coach Keelyn Franklin said. “They’re not over it yet, so we wanted to make sure we came out here and competed hard and played to our ability.”

Harding’s extra motivation and depth was enough to roll past the Tigers, 78-58, and improve its record to 9-5 overall and 2-0 in the All-American Conference Red Tier. 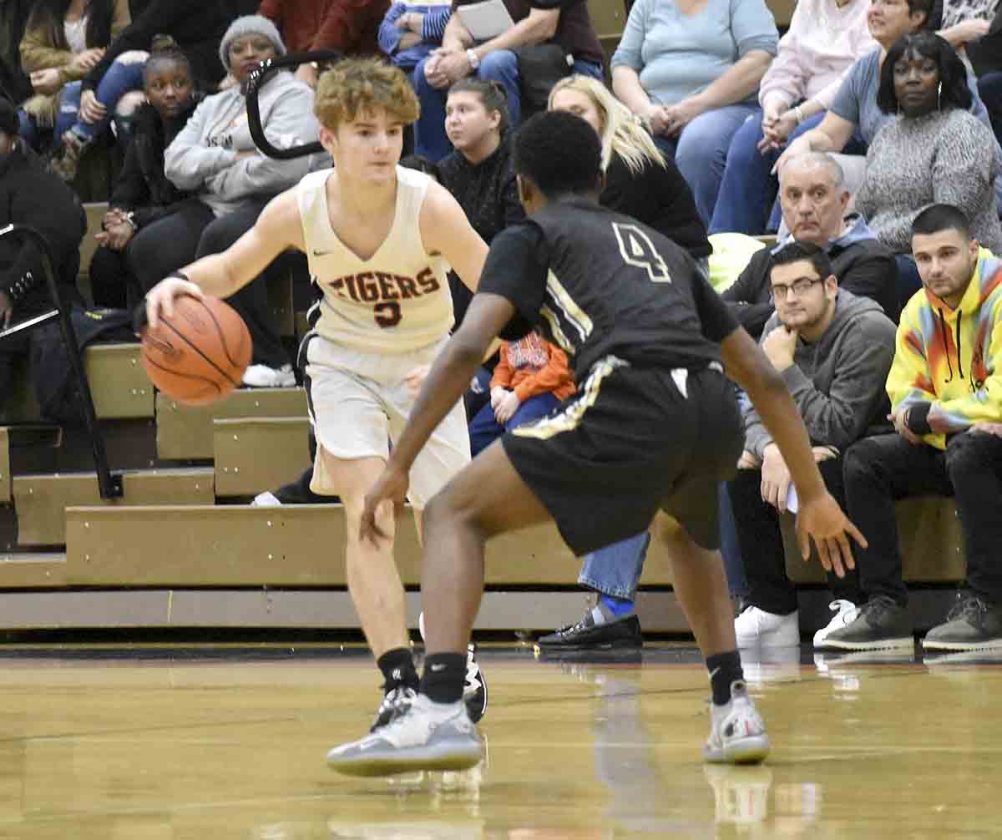 “We knew they were going to come out and play us tough and be scrappy, because that’s who they are,” Franklin said. “We just kept putting bodies out there knowing we would wear them down as the game went along. We’re legitimately nine or 10 deep. We don’t have much of a dropoff.

“This is the third game we’ve used this starting lineup. Every day in practice, they’re going to be competing for playing time. There are some guys we do want coming off the bench because they bring that energy to the floor when we need it, but the rest of them are battling for playing time.”

The Tigers kept close throughout the first quarter and the score was tied at 11 before Harding closed on a 5-0 run with a bucket from Tyriq Ivory and a 3-pointer from Kamare Evans, both of whom came off the bench.

That fueled Harding, as it began a 23-12 scoring surge that gave the Raiders a 34-22 halftime lead.

“We’ve been working hard at getting to the foul line and getting in position to rebound,” said Bubon, whose team fell to 3-9 overall and 0-3 in the AAC Red. “We got to the foul line more in the first quarter than we have in a month, but we kept missing. (Harding was) scoring the other end and it seemed like a pyschological killer for us. We were like ‘yes, we’re getting to the free throw line and doing the things we talked about.’ But we were missing and it affected our energy and psyche early, and that dug a hole.

“We also missed some chippies inside. We didn’t put the ball in the hole, which is the name of the game, and we dug ourselves a hole.”

That left the Tigers little choice than to come out of their zone and play Harding man-to-man.

The Raiders used a 24-13 scoring blitz in the third quarter to extend their lead to 58-35 and Johnny Graham’s two free throws opened the fourth period to give Harding its largest lead of the game.

“Johnny grew up today,” Franklin said. “He started the season on varsity, moved down to JV, came back and is now a starter. He worked his way back up. I’ve very proud of him. He’s one of our hardest workers and most committed players and it’s nice to see him have success.”

Graham, who finished with 10 points in his third start, gives the Raiders another perimeter shooter.

“We’ve been working hard as a new starting unit,” Graham said. “The matchups we’re getting and the team ball we’ve been playing have been excellent for the most part. When Munch (D’Muntize Owens) has that lane, opponents are collapsing to help out and that’s setting us up for open shots. You just make sure you’re ready to shoot it when he gets you the ball.”

Owens, finished with team highs of 18 points and five assists.

“The biggest thing moving forward with this lineup is to share the ball,” Franklin said. “We have a lot of capable scoring guards, but then we must understand that once we get into the paint and draw two defenders, a teammate may have an easier shot if we move the ball. That’s our next step, sharing and trusting your teammates. I thought we did a much better job of that tonight in the second half.”

Ivory finished with 11 points and Emari Burgess added 10 for the Raiders.

“When we dug ourselves a hole, it wasn’t an ideal situation,” Bubon said. “But I thought the kids gave a good effort and we even did a nice job on the boards against them. Our shooting just let us down. We didn’t make our 3-point shots, struggled at the free throw line and just plain out missed a handful of layups in the first half.

“But Harding has a lot of talent and we know that. This game made me feel old. I coached Keelyn’s brother at Harding and Keelyn was a ball boy then. Now I’m coaching against him.”