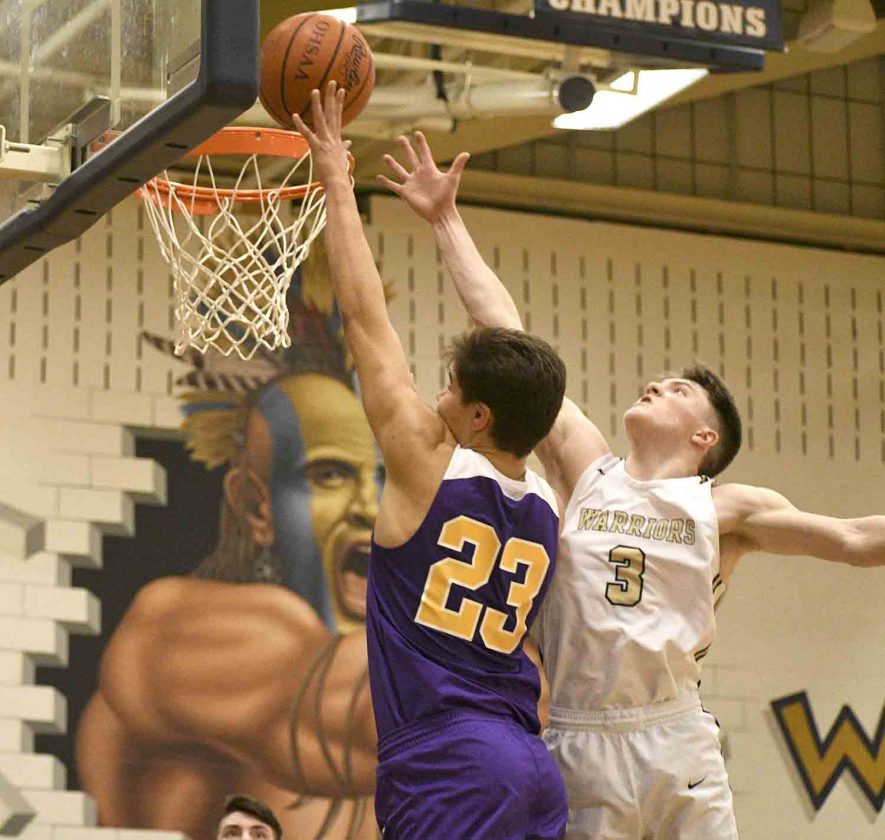 Staff photo / Brian Yauger Abe Bayus (23) of Champion tips in the ball while Haden Gibson of Brookfield defends during the Golden Flashes’ 56-53 victory on Friday.

BROOKFIELD — In a game that bounces back-and-forth, the team that has the ball last often gets the last laugh.

Champion was able to get the last laugh in beating Brookfield, 56-53, in a “game of runs.”

“It wasn’t our best game, but I thought we played hard, and at the end we were able to pull it out,” Golden Flashes coach Nathan Kish said. “It’s kind of a game of runs. We’d go on a run, and then they would go on a run. We were just fortunate to have the last one.”

What divided those runs were timeouts called by both coaches. Late in the third quarter, Warriors coach Shawn Hammond called a timeout that sparked an offensive surge for Brookfield that saw it rush back and take its first lead of the game.

“We weren’t rotating, we gave up some layups, we were getting out of position a little bit,” Hammond said. “We just wanted to shore up some things and just manage the game and take care of the ball. They were being aggressive on defense, so we wanted to make sure whenever we were in, we’re all on the same page.” 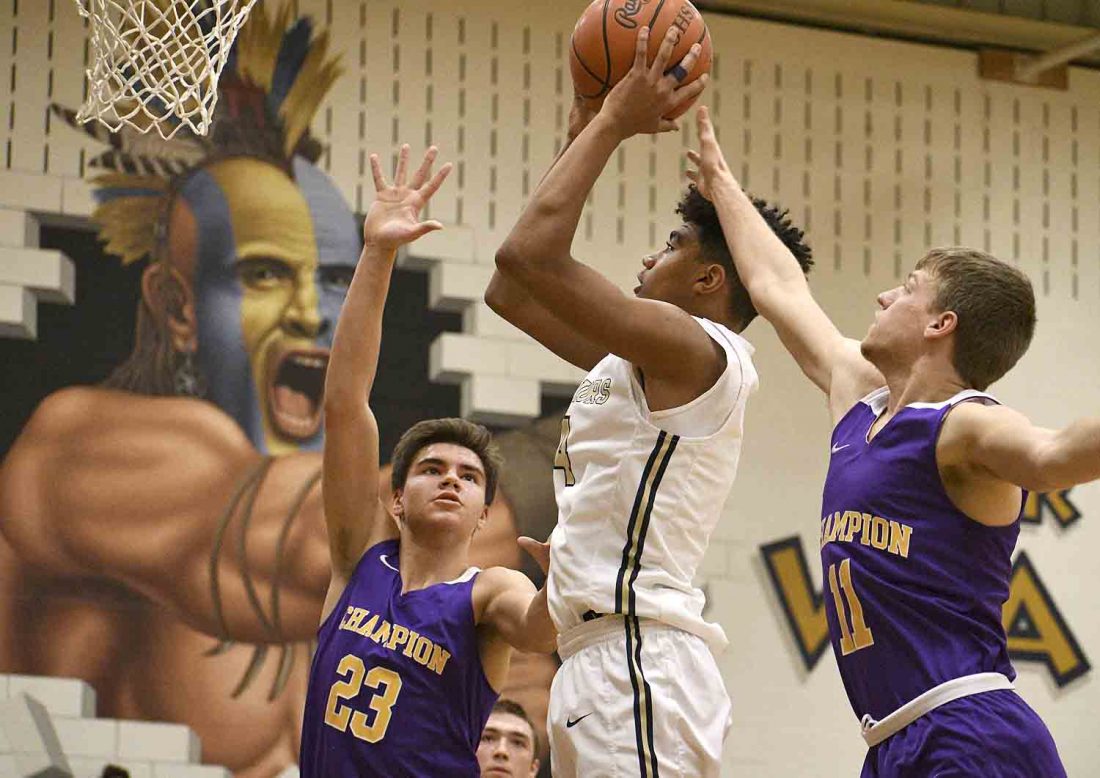 Staff photo / Brian Yauger Brookfield’s Isaiah Jones goes to the hoop while being guarded by Jeff Smith (11) and Abe Bayus (23).

Haden Gibson was a key part of that surge, scoring 19 of his 21 points in the second half.

After Brookfield took the lead in the fourth quarter, Kish called a timeout to level his team’s minds. The game was a war of attrition, and Kish wanted to be sure his team didn’t try to be too fancy in their efforts to retake the lead.

“We just had to talk about getting stops,” he said. “It seemed like they were scoring every possession down the court. They did a nice job on a couple of backdoor cuts, scored easy layups. We talked about taking away the paint and just chipping away a little bit at a time, rather than do something crazy.”

Nick Stahlman was Champion’s leading scorer as he finished with 21 points.

Austin Willforth, who finished the game with 13 points, embodied that message of chipping away. Willforth’s scrappy style guided the Flashes back into the game. If there was a loose ball, Willforth was in the trenches trying to recover it. 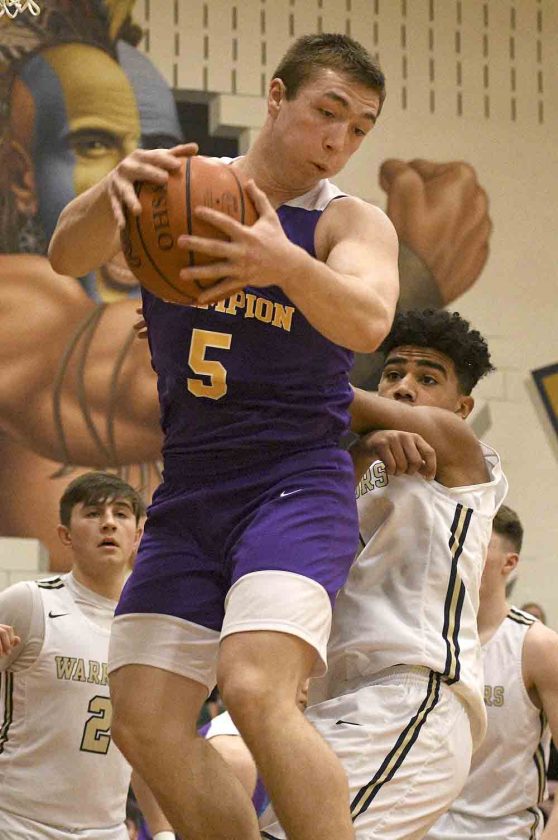 “Austin is a coach’s dream,” Kish said. “He gives effort. He’s a great kid, and if the ball is on the floor, you can count on him coming up with it. He goes after the ball because he wants it. It’s desire. He’s not afraid to go get it.”

While Champion was storming back, Stahlman went to shoot a layup that would have given the Golden Flashes the lead, but his shot was stuffed by Gage Emery before the ball could leave his hands.

Fortunately for Champion, Stahlman got another shot and made the most of it, giving the Golden Flashes a three-point lead with 10 seconds on the clock. Brookfield drove down the court to take the lead, but it missed a shot from deep. Stahlman grabbed the rebound and after being fouled, sank a shot from the charity stripe to secure the win.

Up next, the Warriors travel to Newton Falls to take on the Blue Tier-leading Tigers while the Golden Flashes host rival LaBrae. 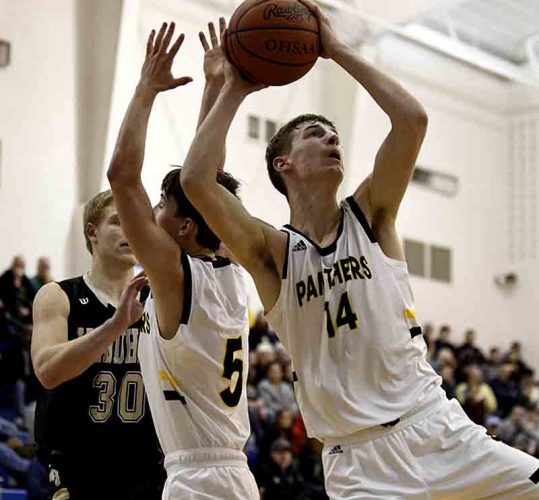 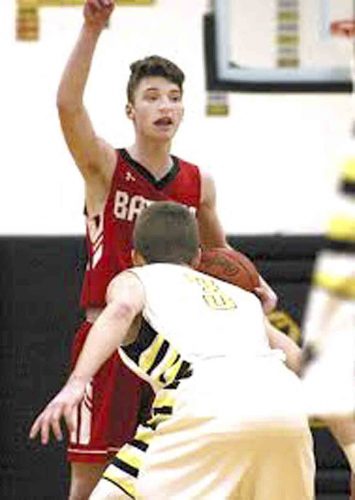 Do your part to end this health crisis now

Recognizing doctors at this uncertain time