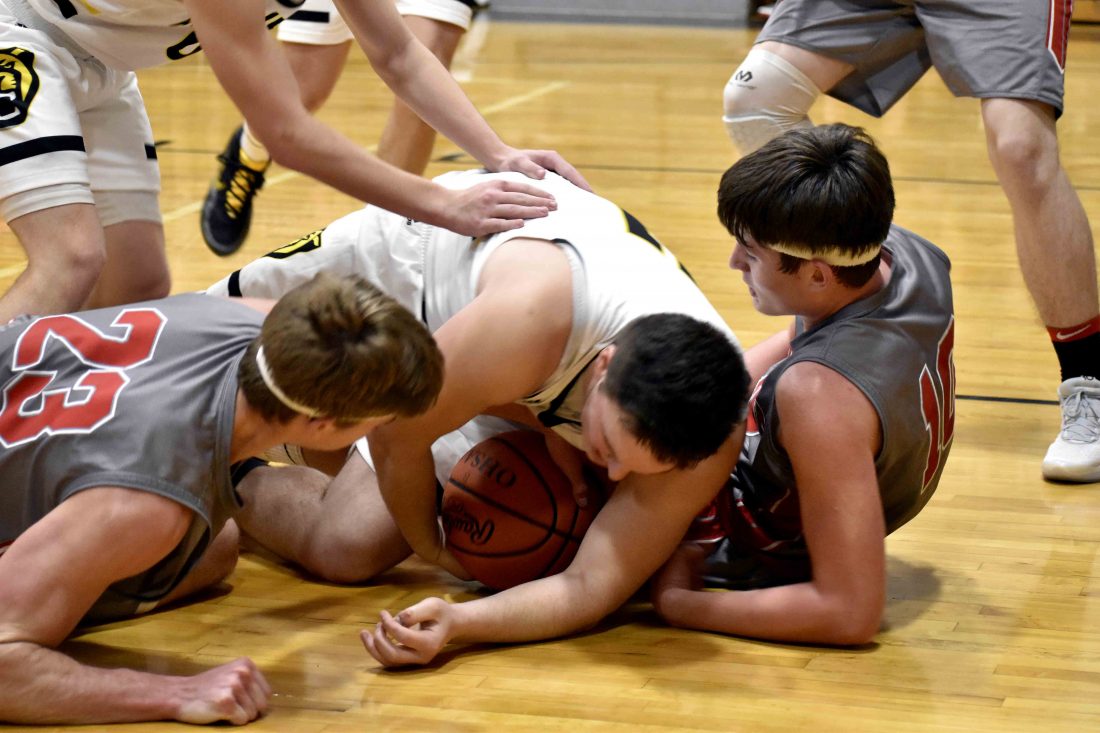 BRISTOLVILLE — In a battle of pressure defenses in a non-league high school boys basketball game Friday night, LaBrae proved it had the right stuff to cool off host Bristol.

The Vikings forced 12 turnovers in the first half and converted many of them into driving buckets as they defeated the Panthers, 49-30.

The game was tightly contested throughout the first quarter as the teams took turns going to the hoop or setting up some pretty plays in the post after breaking the other’s press. The Vikings, who scored the final six points of the first period for a 15-12 lead, then used a dominant second quarter to gain the momentum they never relinquished.

“We play similar styles. Both teams like to get up and down the floor, pressure the ball, run double-teams at you and make it difficult for you to get the ball to the frontcourt,” said LaBrae coach Chad Kiser, whose team improved to 2-2. “(Bristol’s) tempo and pace hurt us a bit early because we weren’t coming to the ball and coming to the passes. We made an adjustment and straightened that out in the first quarter.

“(Bristol) also wanted to double (point guard) Connor Meyer on the inbounds and take him away, so we started having him take the ball out late in the first quarter. If we took a dribble or two and then got the ball back to him, he had more room and they weren’t able to double him. Then we were able to start our offense better.”

Justin Rutherford, the Vikings’ lone senior, scored six of his team-high 13 points in the first quarter to fuel the late surge and he and Meyer both hit 3-pointers during the second-quarter onslaught. Meyer finished with nine points, as did Aidan Stephens. Landon Kiser added eight points on the strength of two 3-pointers.

LaBrae outscored Bristol 16-4 in the quarter to take a 31-16 halftime lead.

“At the end of the first quarter, we were holding for the final shot but a layup presented itself,” Bristol coach Craig Giesy said. “Our guard, Matt Stephens, had an open lane and drove and missed, but we’ll take him shooting that lay-up every time. Unfortunately, (LaBrae) rebounded and threw long over us for a layup. That was a four-point swing to end the quarter and I think that carried over into the second quarter.”

Bristol gave itself chances to get back into the ballgame in the second half when it forced nine LaBrae turnovers. The Panthers didn’t convert many into points. A sloppy third period finished with the Vikings ahead, 38-22.

“We finished with 20 turnovers, which is way too many,” Giesy said. “We did a better job of that in the second half, but the 12 in the first half is when (LaBrae) built that lead. In the second half, we forced a lot of turnovers and we took a lot of shots, but we finished 0-for-14 from the 3-point line tonight and we shot 27 percent from the floor. It’s going to be hard to beat anyone when you shoot it like that. But give LaBrae credit, too, they had a lot to do with the pressure. But even our open shots were going in-and-out the whole second half. We just never made a run at them.

“Normally, when you hold a team like LaBrae under 50 points, you feel like you’ve done a great job of giving yourself a chance to win. That certainly wasn’t the case tonight.”

Kiser said the defensive pressure tends to lead to weary legs in the second half, making it more difficult to make perimeter shots.

“As hard as both teams play, it’s hard to be jump shooters because you have heavy legs as the game wears on,” he said. “We got them out their offensive rhythm in the second quarter. They’re a very good man-to-man and they’re well-coached, so we zoned them up a bit. We extended pressure and fell back into a zone to concentrate on Matt Church because he’s such a good player. We wanted to make someone else beat us.”

“While we won the turnover battle in the second half, when we go back and look on film at how many points we scored off their turnovers and how many they scored of our turnovers, that’s going to be the big difference,” Giesy said. “We had fastbreak chances and couldn’t connect our passes and couldn’t make the shots when we did.”

The Vikings are excited about the opportunities to jell this season.

“Connor is our only returning starter, but he has to shoulder more of everything this year because we graduated four starters,” Kiser said. “Justin and Landon came back as lettermen. So, we’re young. Of the seven guys in the rotation, four are sophomores and two are juniors and Justin is the only senior.

“We may take some lumps early, but there’s a learning curve and then I think we can make some noise. We’re excited about what we have. I love our effort.” 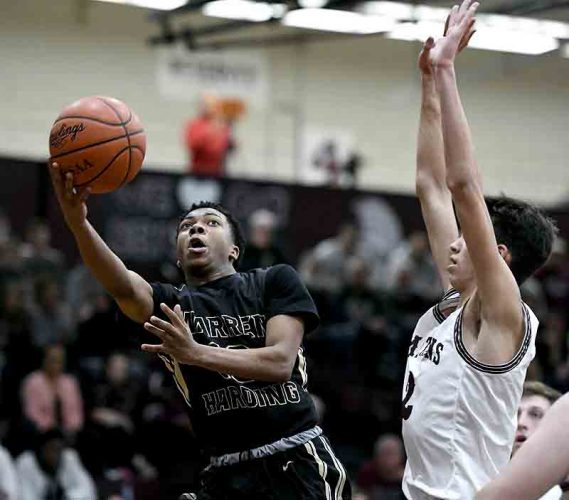 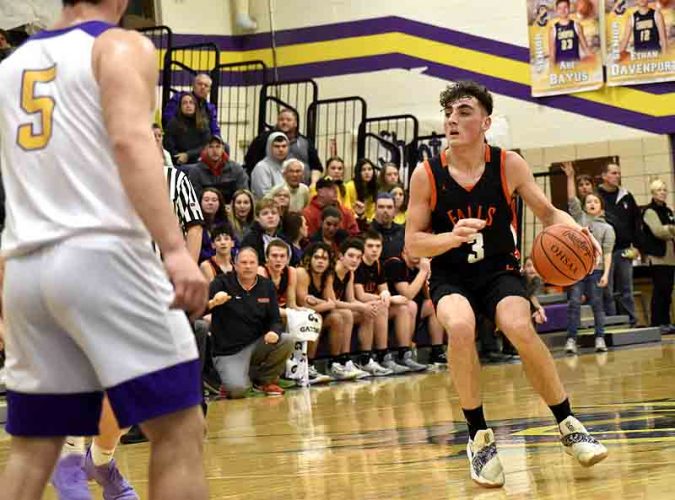