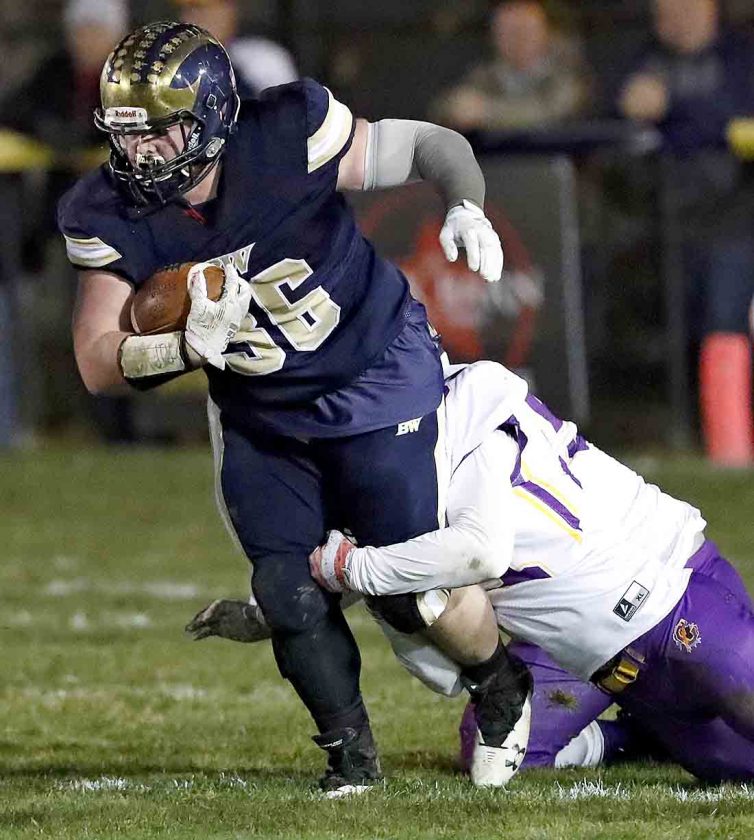 BROOKFIELD — Win and you’re in.

That was the scenario facing the Brookfield Warriors when they hosted the Champion Golden Flashes on Friday evening. A victory would not only secure a playoff berth for Brookfield for the first time since 2015, but also give the Warriors a conference championship.

Champion (7-3, 4-2) had slim playoff hopes, with a victory, as well. Brookfield won the All-American Conference Blue Tier by dismantling the Flashes, 33-0. The Warriors finished the regular season 8-2, with a 6-0 conference record and advanced to the Division VI, Region 21 playoffs next week.

“Our goal was a league championship and playoffs,” Brookfield coach Randy Clark said. “Well, here we go. That’s what we wanted. These kids reacted real well all year. We stayed healthy, which is a key. We have a great senior class with great leadership. This is phenomenal.”

After an early Brookfield touchdown the Warriors led 7-0. Brookfield forced a Champion punt, but a special teams error put the Flashes in business. Brookfield fumbled the punt and Champion recovered deep in Warrior territory. 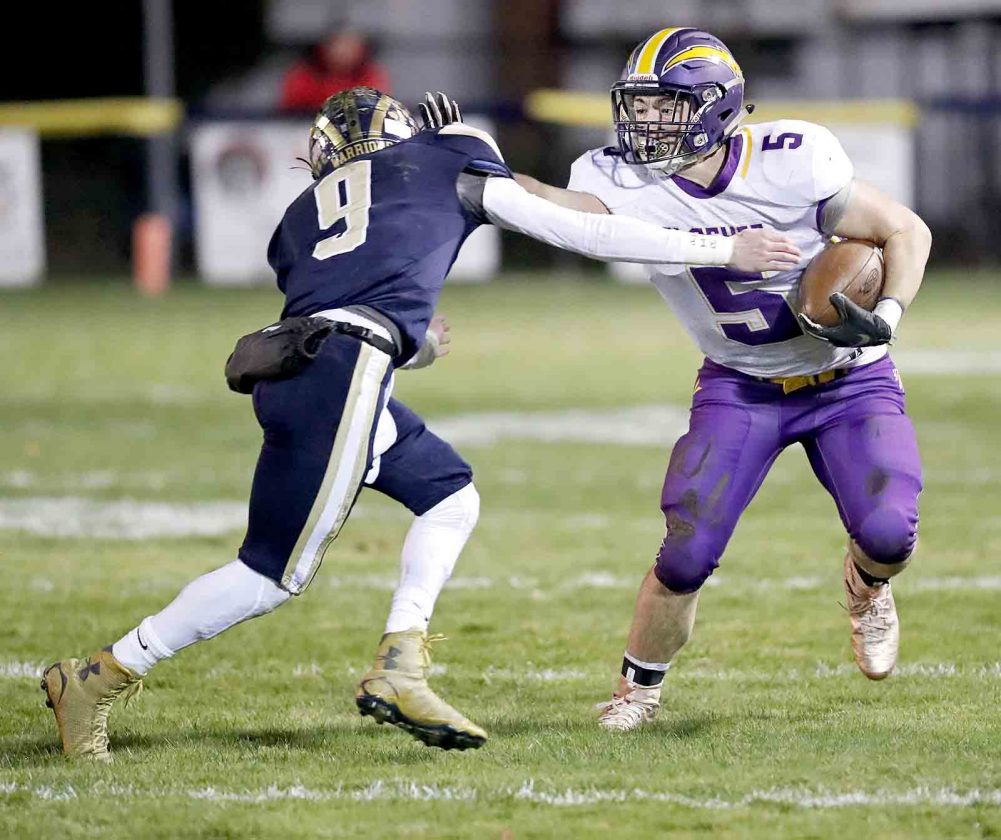 The Flashes appeared on the their way to knotting up the score, but the Brookfield defense held. Champion quarterback Nick Stahlman’s pass to Noah Vesey on fourth-and-8 was incomplete, and the Flashes turned the ball over on downs.

Brookfield followed with a 92-yard drive that essentially put the game out of reach. Junior quarterback Haden Gibson capped off the drive with a 3-yard TD run and a 14-0 lead.

Gibson, who has been Brookfield’s starting quarterback since he was a freshman, is a skilled passer and runner.

“It’s an amazing feeling to make the playoffs,” Gibson said.

“We’ve been thinking about this for a couple of years. Especially this year, it was our goal to make the playoffs. I’m excited. I’m ready to get back to work tomorrow morning. I love these guys. We’re going to do the same thing we’ve been doing all year next week.” 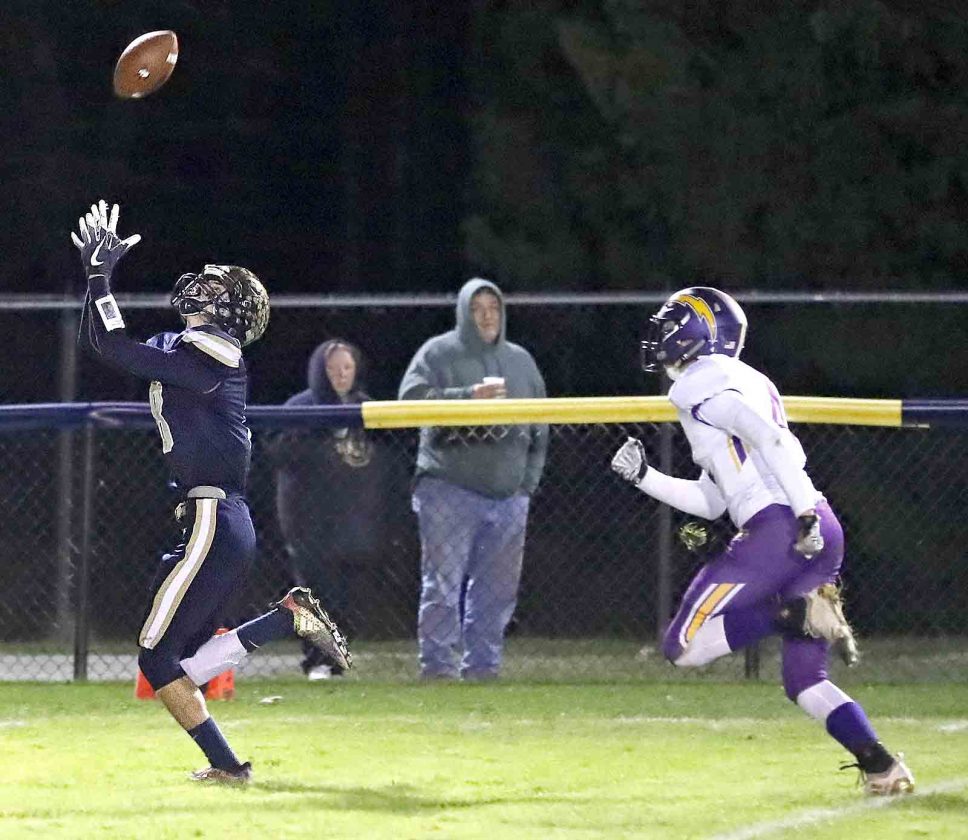 Gibson’s teammate, senior Tyler Briggs, showed he is an adept passer as well. The 250-pound Briggs is one of the biggest running backs in the area, but after a Champion punt, Briggs dropped back to pass. The fake worked to perfection as Briggs launched a pass 52 yards, nearly all in the air, to senior Gage Emery. The score put Brookfield up 20-0 after a failed 2-point try.

“This is the first time in my entire high school career to make the playoffs,” Briggs said. “It just means the world to me. We’re very proud of this accomplishment.”

The Warriors got the ball to begin the second half and marched toward another score. Briggs delivered again, this time on the ground, with a 29-yard TD run. The extra point was blocked and the score was 26-0.

Champion punted again, and Gibson showed off his arm. He threw a beautiful spiral 30 yards down field for another Brookfield touchdown. Senior Dakota King caught the ball in the corner of the end zone for a 33-0 advantage.

Champion’s turnaround season comes to an end with back-to-back defeats. The Flashes were moving the ball in the fourth quarter, but on third-and-10, Brookfield senior Conner Filipovich sacked Stahlman for an 8-yard loss. Stahlman followed with a great punt down to the 12 yard line, and the clock ran out on the Flashes. 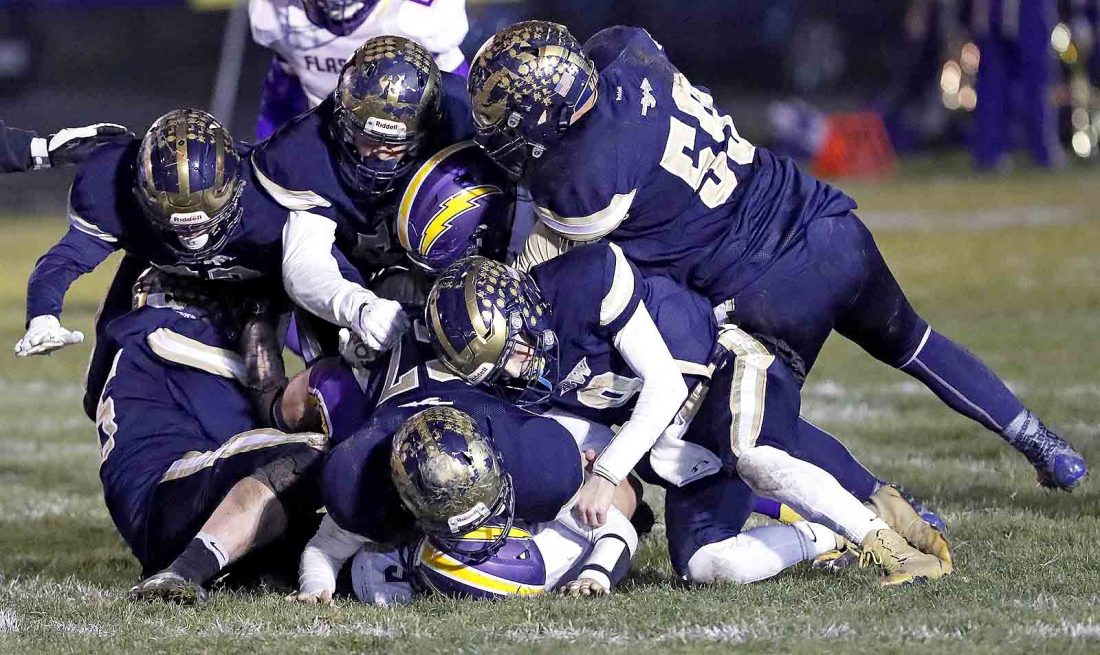