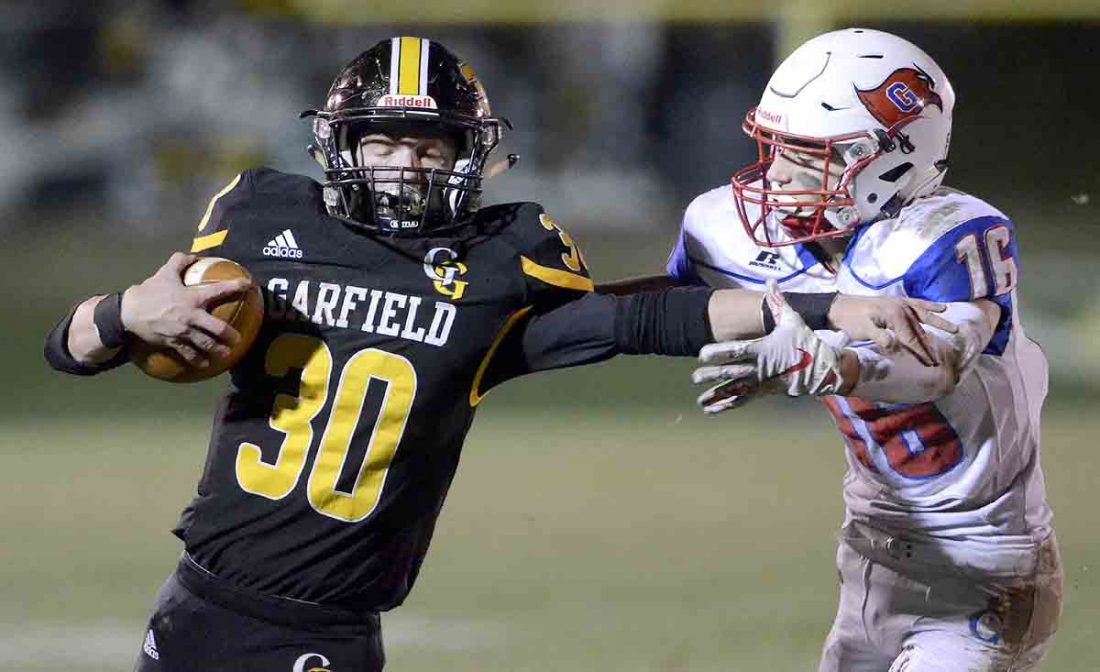 GARRETTSVILLE — The Garfield G-Men earned the first home playoff game in school history by finishing the regular season with a 9-1 record.

The G-Men were seeded No. 3 in Division V, Region 17 and hosted sixth-seeded Sugarcreek Garaway (9-2) Saturday evening in Garrettsville.

The history-making night did not go the way of the home team as the Pirates cruised to a 41-22 victory and moved on to the next round of the tournament.

“We’ll watch this film on Monday and we will get excited about going to the sweet sixteen,” Garaway coach Jason Wallick said. “We’re not done. These guys don’t want to be done. We’re going to continue to fight and see what happens next week.”

Garaway had a game plan, and the Pirates executed it well. They got out to an early 7-0 lead thanks to a touchdown pass from quarterback Garrett Newsome. 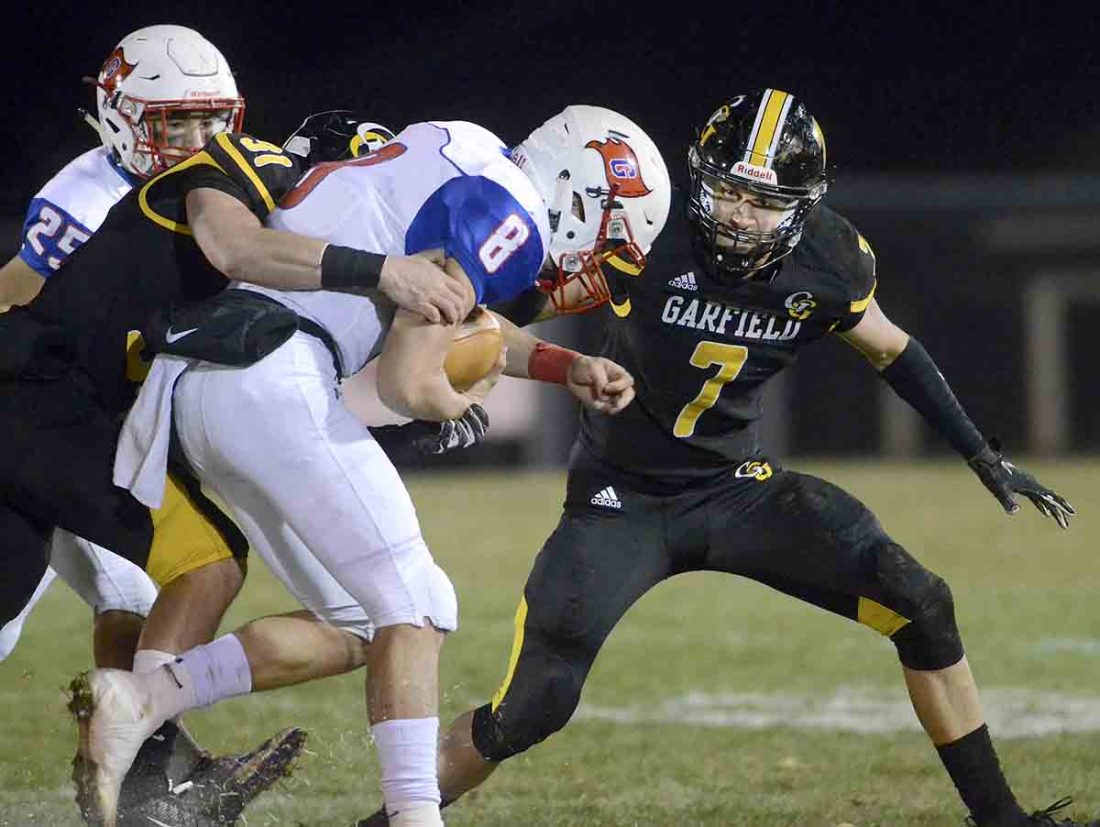 “We prepared unbelievably well,” Wallick said. “Our preparation is what won us this game. They learned about their guys quickly in a week’s time. I was very proud of all of our guys.”

Garaway took that score into the second quarter when Garfield appeared ready to tie up the game. The G-Men marched down the field with a strong running game, but a costly fumble thwarted the drive. Garfield turned the ball over on the Garaway 27-yard line. On the next play, the Pirates made Garfield pay for the mistake.

Newsome found senior Matthew Mullen, who went streaking down the sideline for a 73-yard touchdown and a 14-0 advantage.

Garfield got the ball and another drive came up empty. Starting quarterback sophomore Brody Swignoski overshot senior tight end Austin Armstrong on third-and-10, and the G-Men were forced to punt. Garfield attempted a fake punt that turned into a disaster. Senior Jared Simon was back to kick, but he pulled up with the option to pass or run. Simon wasn’t able to do either as he was tackled and the Pirates were in business.

Garaway got the ball on the Garfield 35, and two plays later they found the end zone again. This time Braden Yoder caught one over the middle and took it to the house to go up 21-0.

The G-Men weren’t ready to give up. With just over 1 minute remaining until halftime, Garfield got on the board with a 18-yard TD run from sophomore Ryan Stoller.

“Garfield is a very good football team,” Wallick said. “They out weighed us up front. Their skill kids are big, strong kids. Their defensive line is tremendous.”

Unfortunately, the G-Men couldn’t keep the Pirates from scoring again before the half. After a big return from Mullen, Newsome found him wide open for a 14-yard touchdown, and Garaway led 28-7 at the break.

Garfield got the ball to begin the second half and another fumble put more points on the board for Garaway. Dylan Hershberger picked up the loose ball and had a long return. The score was 35-7 heading to the fourth.

A slew of penalties kept hurting Garfield’s cause, and Mullen scored again. The Pirates missed the extra point but led 41-7.

Anthony Demma crossed the goal line and Matt Berecek had a successful 2-point try to give the G-Men fans some excitement. Garfield had one more score up its sleeves.

With 13 seconds left, Stoller had a long touchdown reception. Stoller was all alone as he raced down field for the score. Garaway took a knee, and Garfield’s season came to an end.