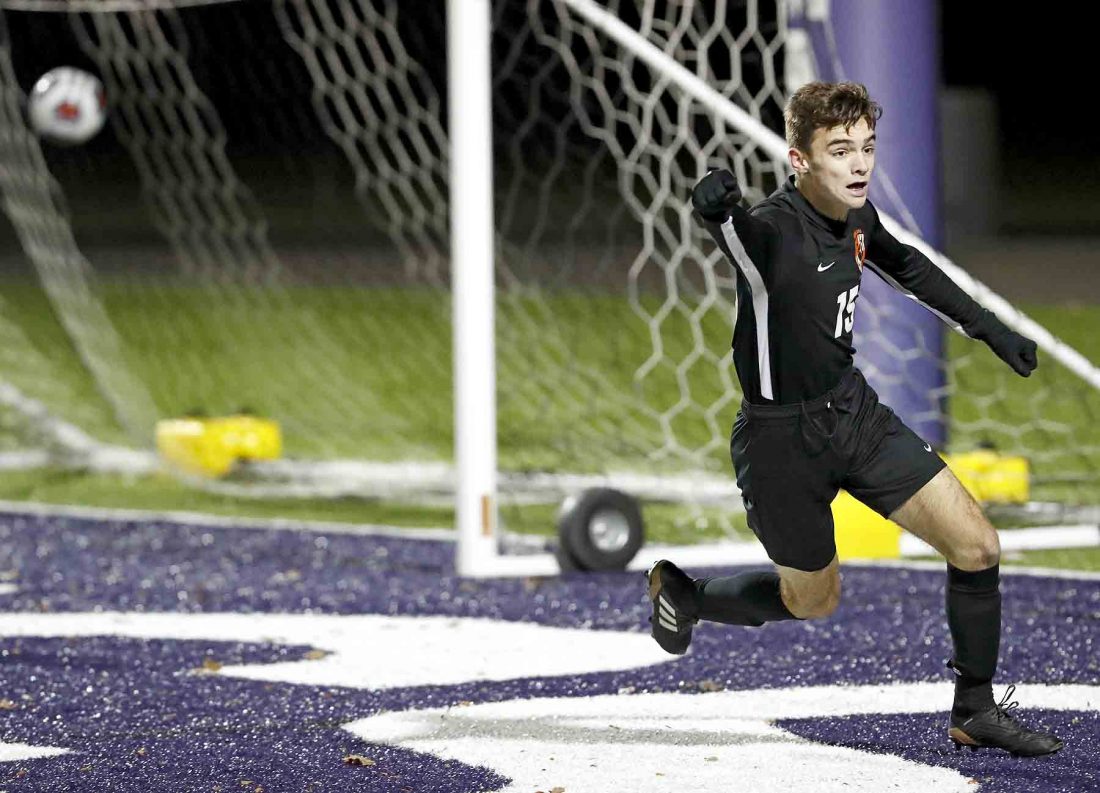 Correspondent photo / Michael Taylor Howland Tigers' Austin Stassinis (15) celebrates as his winning goal hits the back of the net.

BARBERTON — Sunday is reserved for football.

Or “futbol” if you are following the Howland High School boys soccer team.

The Tigers eked out a 3-2 win over Lexington in a Division II state semifinal Wednesday night at Rudy Sharkey Stadium in Barberton and will play Tipp City Tippecanoe for the state championship 1 p.m. Sunday in Mapfre Stadium, the home of the Columbus Crew.

“We took a team trip to a Columbus Crew game in the beginning of August and we got to go down in the tunnel and look out at the field,” Howland coach Brian Stiles said. “I asked the kids how great would it be for us to be walking through that tunnel to play for a state championship? It kind of sounded like a dream at that time, but now we’re living it.”

Junior forward Gabe Altawil made the key play, hooking up with classmate Austin Stassinis for the decisive goal with 2:41 remaining. 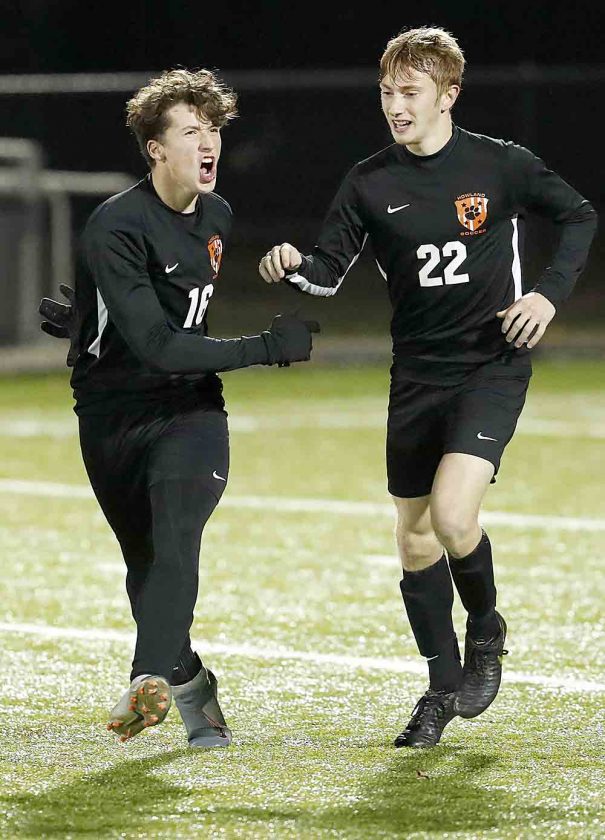 Altawil dribbled around three defenders and then drew more defenders as he waited for teammates to arrive. At the last second, he sent the ball across field to Stassinis at the top of the box on the right side. Stassinis one-timed the ball past goalkeeper Kaleb Rinehart to set off a wild and joyous celebration.

“A great ball. It couldn’t have been a more perfectly placed ball,” Stassinis said. “All I had to do was put the finishing touch on it. I knew the goalkeeper was going to rush me when I saw the ball coming. I knew I didn’t have time to take a touch. It had to be a first-time finish and that’s what I did and thankfully it went in.

“This is very emotional right now,” he said as he hugged a tearful Altawil. “This is great for our community, our school and all of Trumbull County. We played the last couple of minutes for the seniors. We had to preserve it for them, and we did that.”

The Tigers, who were making their first appearance in the state tournament, have not lost a game all season as they improved to 21-0-1. However, for the better part of the second half, Lexington had the upper hand after Trevor Fehr scored off a great assist from Gavin George to break a 1-1 tie just 3:17 after intermission.

Howland hung tough and weathered the storm, despite not taking a shot for the first 15 minutes of the second half.

“We got outplayed for quite a bit there,” Stiles said. “It seemed like we sat back and we talked about that at half, but (Lexington) came out and got that early one in the second half.

“We thought from all the scouting reports that pressing them heavy was the answer. We got away from that, but we did that late and it paid off. It took a while, but we got there.”

Howland ripped off three shots in a matter of seconds and the second was blocked by Rinehart and found the foot of senior Peter Lerakis, who tied the game with 21:24 remaining.

The Tigers had taken a 1-0 lead on their first shot of the game, just 5:15 into the match, as Stassinis’ shot rolled out of the grasp of starting goalkeeper Trevor Cramer, who was nursing an injured hand. He was immediately replaced by Rinehart.

“For a large point, between our first two goals, we absorbed pretty heavy,” Stiles said. “If they got a third goal, we were in a world of hurt. But we managed to stick with it and found the heart, resiliency and resolve this group has shown all season. 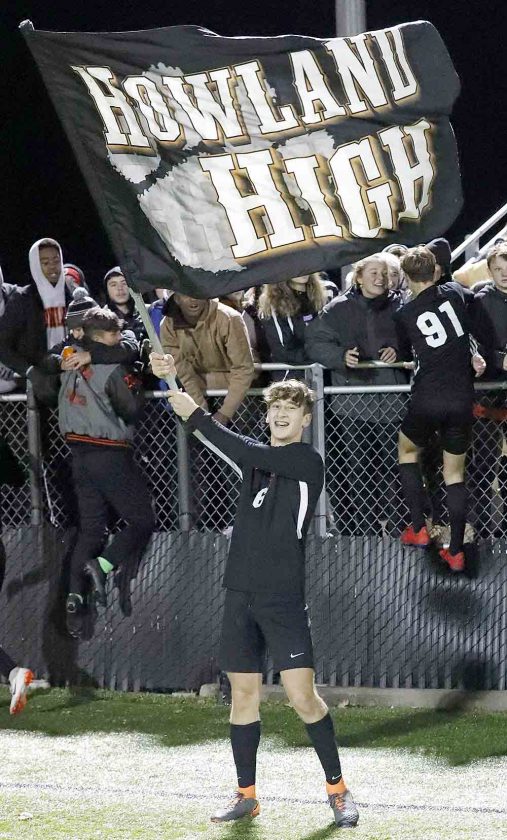 “Mark that down as another obstacle we’ve overcome. I think we’ve been behind twice all season, so for the kids to hang in there, it’s tremendous. We made the plays we needed to make and eventually we were able to press forward and get that tying goal.”

The tying goal rejuvenated the Tigers.

“(Austin) put it away for me and we did it,” said Altawil through his tears. “I did my thing and he did his. This team relies on everyone doing their share and trusting in each other. We had to get something done right there and we did it.

“We didn’t play as well as usual but it was tied at halftime and it was a winnable game. They got a nice goal to start the second half and we kept fighting and battling. We got a fortunate goal off a block by the goalie and then it was game on. Then we got a gift from God to put us through. This is a once in a lifetime game and a once in a lifetime opportunity now.”

Tippecanoe also is unbeaten this season. The Red Devils improved to 22-0-1 with a 1-0 win over Columbus Academy in the other semifinal in London.