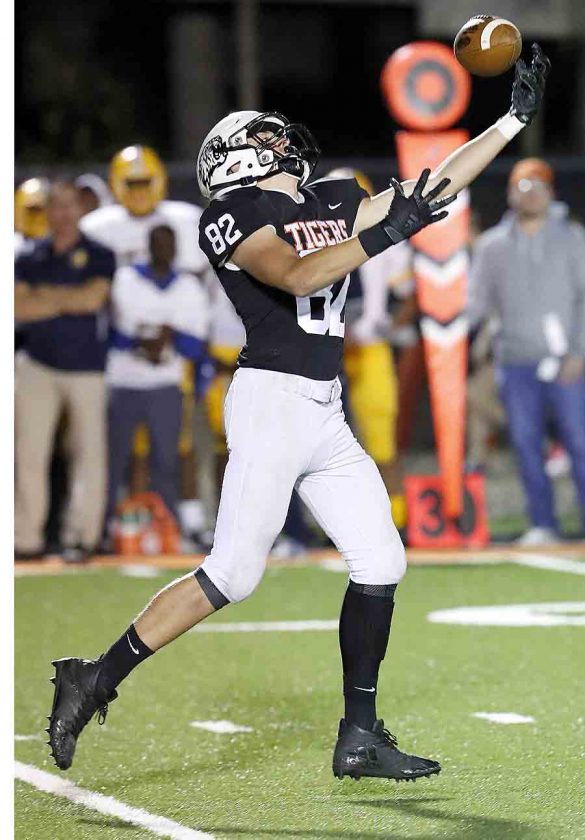 HOWLAND — Against East Friday night, Howland put together an impressive 17-play drive which ate up 10 minutes, 27 seconds of the first-half clock.

The problem was the Tigers covered 65 yards, but came up empty after turning the ball over on downs at the East 25.

Howland coach Steve Boyle knew from that point on his team needed to take advantage of every opportunity that came their way.

“I told our players at halftime that we were only going to get so many chances,” Boyle said. “We have to play error-free football and take what’s given to us. We were shooting ourselves in the foot in the first half, and you can’t do that against a good team.”

The Tigers did indeed cash in on a couple of East miscues, and came away with a 21-6 home win on homecoming night in Howland. 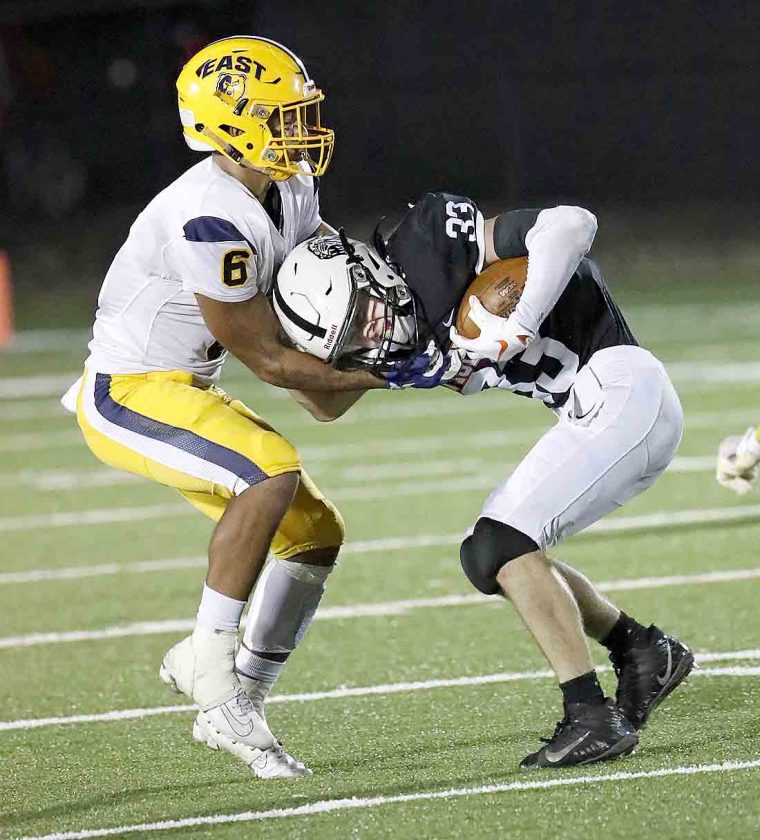 Howland had two possessions in the first half. Following their 17-play drive, the Tigers gained possession at their own 38 and marched down to the East 35 before they failed to convert on a fourth-and-9 play.

Sandwiched in between those two possessions, East put together a 12-play, 75-yard drive capped by Maleek McIntosh’s 20-yard touchdown run. The Golden Bears took a 6-0 lead into the locker room.

The second half started out poorly for East, and this time Howland capitalized.

Following an East punt which included a 15-yard, personal-foul penalty, Howland began its second drive of the second half at the Golden Bears’ 37-yard-line.

This time, Howland needed seven plays to take a lead it would never surrender.

East returned the ensuing kickoff 95 yards to paydirt, but the touchdown was negated by a penalty. Two plays later, the Golden Bears fumbled the football and Howland defender Kyle Chopko recovered it at the East 6.

Again, Deemer rushed into the end zone from a yard out, giving Howland a 14-6 advantage.

“We just couldn’t bounce back from that turn of events,” East coach Brian Marrow said. “We have been playing better, but we just can’t finish games. And, we keep committing self-inflicted mistakes that we just can’t overcome.”

“That’s unacceptable,” Marrow said. “We just aren’t good enough to overcome something like that. It starts with me. I have to make this a better team, a more disciplined team when it comes to these types of mistakes.”

Howland added a fourth-quarter touchdown to complete the scoring on a William Hines 10-yard run.

“That was a crazy first half,” Boyle said. “I don’t ever remember being a part of such a time-consuming drive that didn’t result in points. But man, we challenged our kids at halftime and they responded.”

“We came out in the second half and played Howland football. We went back to the fundamentals and the cornerstone of what this program was built on. Our guys did things the right way the second half and I am so proud of the way they turned things around.”

Boyle is pleased of the season-long effort which the Tigers have won three more games than it did a year ago.

“This is a testament to everyone who bought into our system and who worked so hard to turn this thing around,” Boyle said.

Howland looks to continue its winning ways next week when it travels to Chaney.

East seeks to rebound when it visits Canfield.