Harding lets lead slip away in tough loss to SVSM 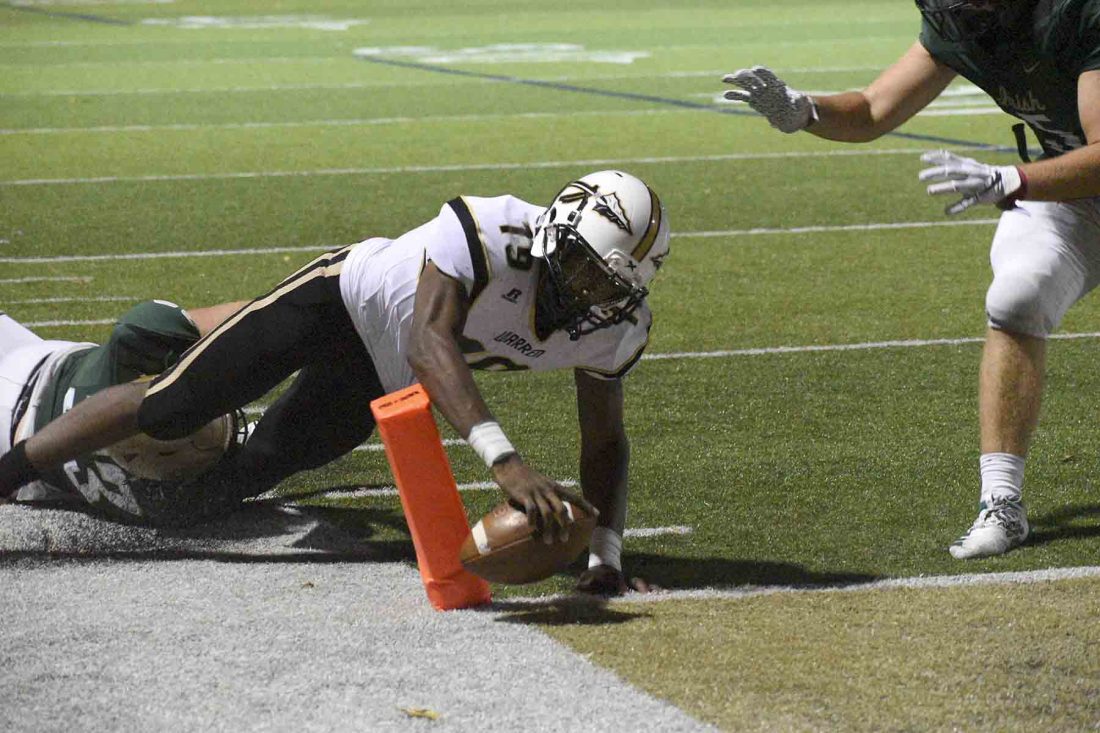 AKRON — After a quick start for the Raiders, Akron St. Vincent-St. Mary pushed back and came out with a 42-37 win.

“I think this game was their power against our speed,” Raiders coach Steve Arnold said.

Even though there was disappointment in his voice, Arnold was able to see the positives from his team’s performance.

The Raiders’ offense put up their second-highest point total of the year with 37 points. Their highest came in a 56-0 win over Cleveland Rhodes. 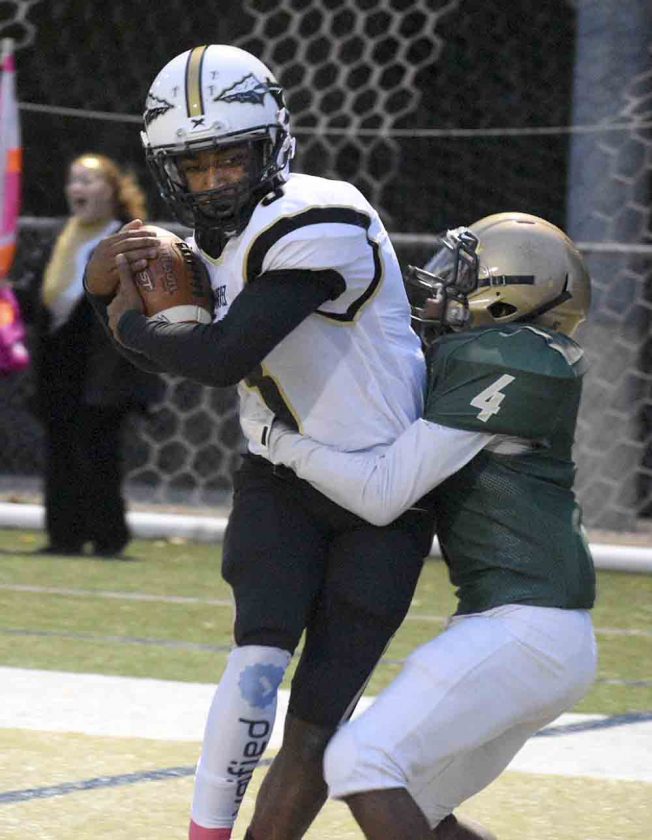 Harding first got on the board with a 20-yard pass from quarterback Elijah Taylor to Ty Artis. Not long after, a bad Fighting Irish snap led to a safety, giving the Raiders a 9-0 lead.

Taylor and Artis connected again for a touchdown, this time on a 70-yard pass. Harding appeared to have full control of the game.

The Fighting Irish stole momentum heading into halftime with 14 points in two minutes. Harding had two fumbles, coming on a punt return and a kickoff return, each setting up touchdowns for St. Vincent-St. Mary.

The Raiders scored once more before halftime to take a 23-14 lead going into the break. Taylor threw his third touchdown of the night, this one to Dom Foster for a 38-yard score.

Taylor’s fourth touchdown of the game was his longest. Taylor connected with Tyriq Ivory on an 85-yard bomb to cut St. Vincent-St Mary’s lead to five.

Not to be outdone, the Fighting Irish responded with a bomb of their own. Quarterback Luke Lindsay threw an 82-yard pass to get it back to a two-possession ballgame.

On the following drive, Taylor went down with an injury, having to be replaced by backup quarterback Marcus Brown.

Brown stepped in and drove Harding down the field, scoring a touchdown on a quarterback run to bring the Raiders within a within reach of the lead.

“Brown started the game at receiver, but he’s our backup quarterback,” Arnold said. “He was able to give us a spark.”

Harding couldn’t get the ball back however, and the Fighting Irish completed the comeback victory.

“That was a disappointing loss,” Arnold said. “The kids played hard. They wore us down with their size in the second half running the football.”

Taylor is expected to return for Friday’s game against Boardman.

“We have to learn from it,” Arnold said. “Get back to work tomorrow watching film and learn. We’re back at home next Friday, going into Week 7, so we need to win out.”

The Raiders fall to 3-3 and welcome a struggling Spartans team who got their second win of the year, beating Garfield Heights 31-14.

“It’s disappointing, but we need to keep our heads held high and get ready for next week,” he said.