Push for the playoffs 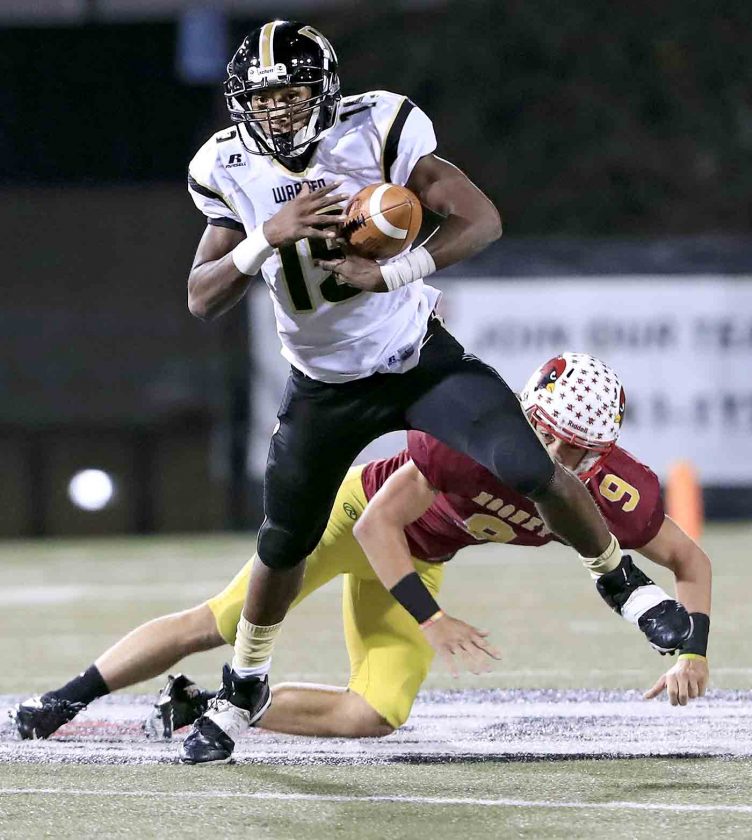 Correspondent photo / Michael Taylor Marcus Brown (19) of Warren G. Harding gets away from Cardinal Mooney defender Michael Cobbin on Saturday night during the Raiders’ 31-7 win over the Cardinals at Stambaugh Stadium.

Correspondent photo / Michael Taylor Marcus Brown (19) of Warren G. Harding gets away from Cardinal Mooney defender Michael Cobbin on Saturday night during the Raiders’ 31-7 win over the Cardinals at Stambaugh Stadium.

His troops did exactly that in a 31-7 win over the Cardinals.

“Starting with last week, we’ve told the kids that our playoffs had begun,” Arnold said. “If they want to play in week 11, we needed to win four in a row and play much better. Tonight may have been our best overall game in terms of offense, defense and special teams.”

The Raiders scored the final 24 points in improving to 5-3 and the Cardinals fell to 4-4 ahead of their annual grudge match with Ursuline next Friday. 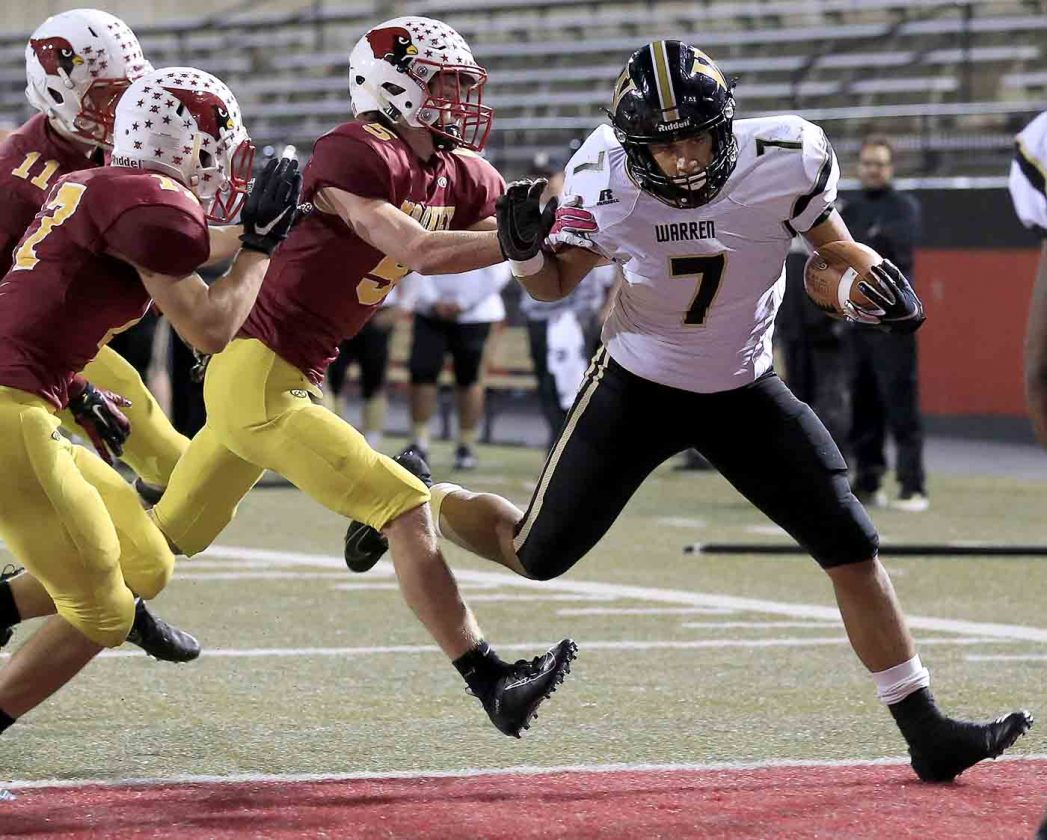 The Raiders have been adding some balance in their offensive diet, as Marcus Brown has shared time with Elijah Taylor at quarterback in recent weeks and Emari Burgess and Elizah Smith have given the team a nice rotation at running back.

With the score tied at 7 early in the second quarter, Brown was the sparkplug in a six-play, 66-yard drive, as he ran four times for 60 yards, including a 38-yard touchdown run that gave Harding the lead it wouldn’t relinquish.

With Taylor back at the helm on the following possession, the Raiders increased their lead to 21-7 with 1:10 left before halftime. He connected with receiver Ty Artis down the left seam and Artis made a nice move near the 15 to shake off two defenders and complete the 56-yard scoring play.

“We’re finding we have some new options out there,” Arnold said. “Our quarterbacks give us different dimensions and our running backs give us some finesse and power. Plus, some of those guys play defensively, so it gives them a breather. But I do like what we’re showing.” 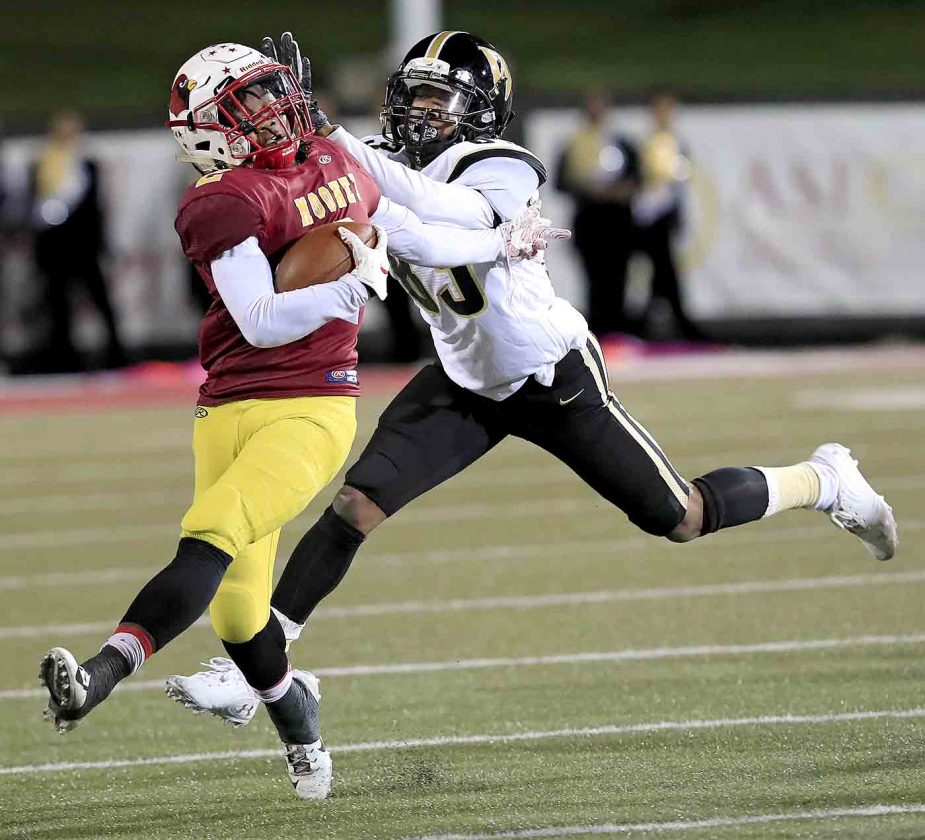 Harding opened the game with a 13-play, 62-yard drive that ate up much of the first quarter, with Smith scoring on a 3-yard run.

Mooney got its lone points on a 27-yard pass play from Walter Sweeney to Michael Scavina early in the second quarter.

But the Cardinals had trouble finding a rhythm on offense, especially on the ground and had to pass more that they would like. Sweeney was 9-for-15 passing for 119 yards but was intercepted three times. Mooney also lost a pair of fumbles.

“You’re not going to win many games when you don’t protect the football,” Fecko said. “We’ve got to regroup, settle everybody in and do a better job of taking care of the football, along with blocking and tackling.”

Jordan Brantley had two interceptions and Burgess grabbed the other for Harding.

“We talked last week about playing to our potential on defense,” said Artis, who had one of the fumble recoveries. “We stressed and talked about how bad we were defensively last week and how lucky we were to win. I think we came out and gave it our all tonight.”