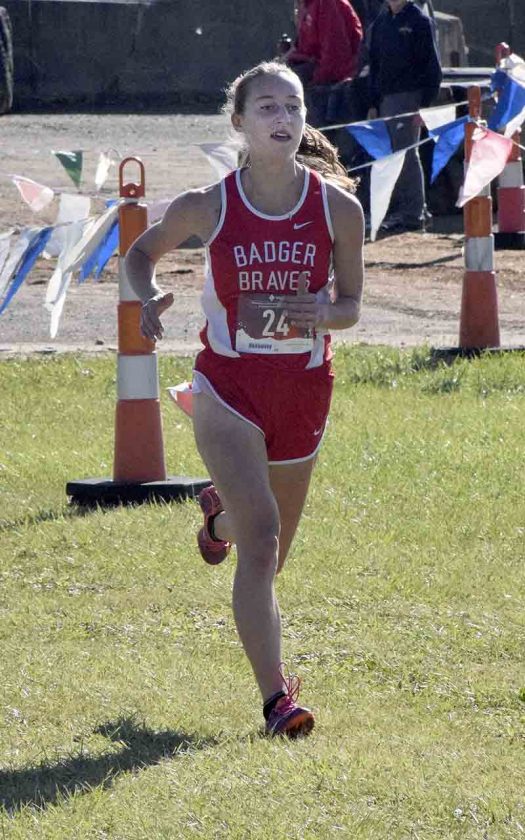 Staff photo / John Vargo Canfield’s Nick Plant is edged out by Hudsonás Andrew Goldslager at the finish line at the district cross country meet on Saturday.

BAZETTA — McDonald boys cross country team has had a No. 1 ranking in the Division III boys Ohio Association of Track and Cross Country Coaches Poll all season.

The last thing the Blue Devils wanted was to take any steps backward.

On Saturday, they didn’t.

The top five teams and top 20 runners in all district races advance to next weekend’s Boardman Regional, except in the Division III girls race where the top six and top 24 teams move on. 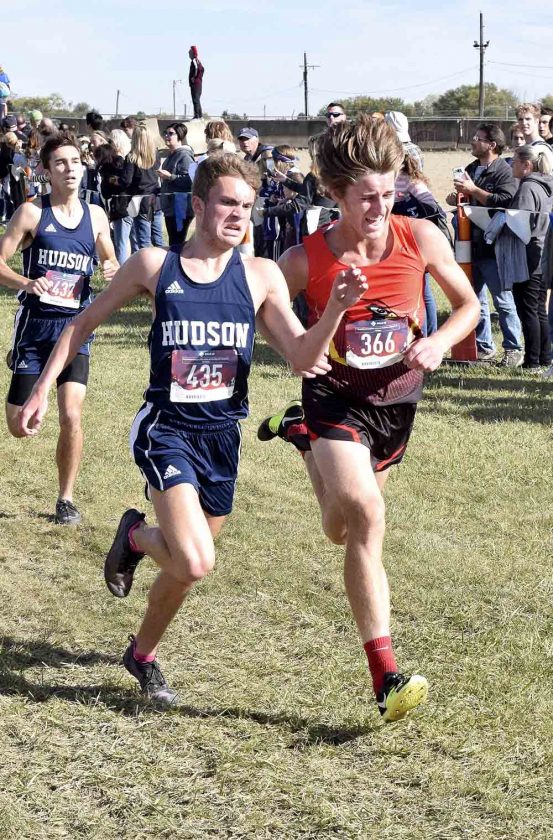 The Blue Devils’ top five was in the top 17 as Ethan Domitrovich and Zack Canada were third and fourth, while Greg Dickson was 15th and Caleb Domitrovich took 17th.

McDonald’s depth has carried it all season, now more than ever. Caleb and other underclassmen have stepped up since the loss of senior Connor Symbolik. According to Tribune Chronicle news partner WKBN, Symbolik, one of the team’s top runners, was charged with inducing panic for a particular social media post in which he was standing in front of a mirror, holding a gun, along with derogatory words. He has been suspended from all sporting events. He finished eighth at the Sept. 17 Trumbull County Cross Country Championships.

For Brody, it’s great to see the depth on this team looking to do great things. The Blue Devils are honed in on winning the school’s eighth state title. Having runners like Caleb definitely helps. 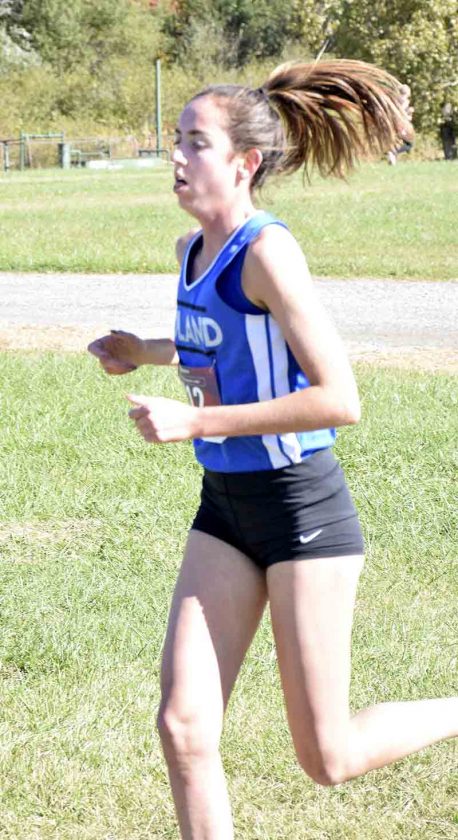 “We have a lot of depth, and we love to see our younger guys stepping up,” Brody said. “It’s really exciting for him. He’s improved so much throughout the year.”

The same could be said about Howland freshman Megan Hipple, who’s leading the Tigers girls team.

She didn’t know how much as she won the Division I girls district title in 18:56.04, pacing Howland to a second-place finish (84). It was a school record for the Howland freshman.

Hipple powered through any pain and sprinted to the finish. After the race, she saw her teammates do their best as well.

“I’m proud of them,” Hipple said. “Some of them aren’t pleased with their times. I think they did very good.”

The Tigers look to be the first area Division I team to qualify for state next weekend since Austintown Fitch in 1996.

That’s exactly what defending Division III state champion Badger senior Miranda Stanhope did when she raced and won the D-III district title in 18:27.85.

She thrived in the dry, 60-degree weather. Running with McDonald’s Anna Guerra, who took second, helped, too.

“It’s really nice to have a competitor like Anna,” Stanhope said. “That helps me so much. She gets a really good start, so that helps me, start out quicker. I tend to start out slow and build up. That helps me start out aggressively.”

“It definitely motivates me and helps me,” she said. “She’s a great competitor, and I’m lucky she’s in my division and my county.

“She’s really helpful out there and a good runner.”

McDonald went over and shook the hands of the Maplewood girls following their Division III race. The Rockets held off the Blue Devils for the Division III girls district title, 72 to 80. Mineral Ridge (98), Badger (110) and Pymatuning Valley (137) also qualified for regionals.

“We worked hard and they packed up,” Ventura said. “We had a good race altogether. We all did pretty good.”

She hopes to keep improving from last year and take her team to the state meet, aiming to qualify out of next weekend’s regional meet.

“I think we have a good chance,” Ventura said. “We just have to work hard. I think we’ll do pretty good at regionals.”

Badger’s Lincon Hopkins hopes to return to state. He was one place out from qualifying last season.

He made it in track last spring, which gives him hope –so does running with Brody Rupe.

“That’s who I try to stick with because he’s a real smart runner,” said Hopkins, who took second Saturday. “He’ll bring me along with him.”

“I felt really good,” Charnas said. “I felt I could’ve gone a little bit faster. My legs are a little tired. I think I’ll be under 16:30 next time for sure.”

Mineral Ridge’s Timmy Pappagallo took fifth in the D-III boys race. It was his birthday. Running with McDonald’s Canada helped him to a Mineral Ridge record.

The two then fist bumped.