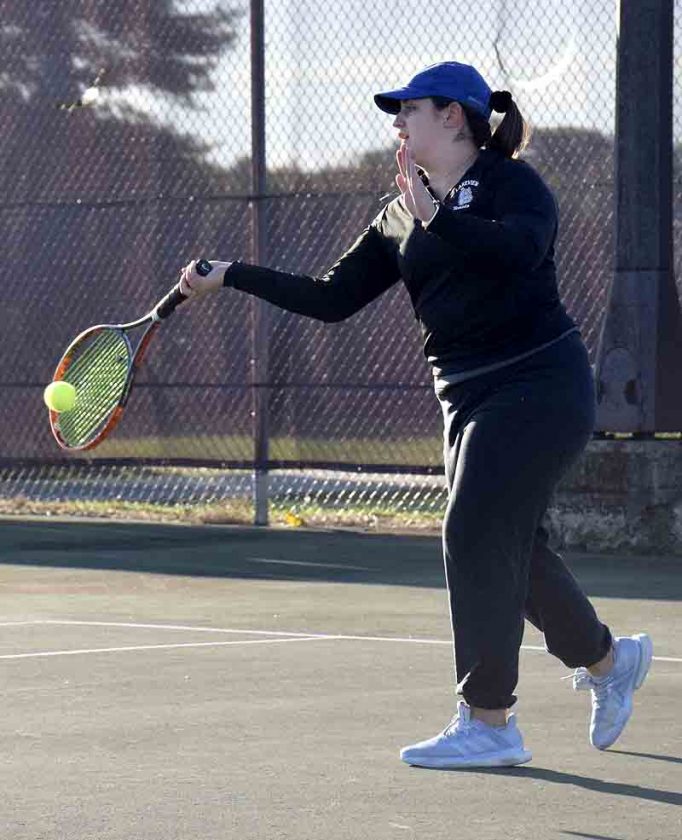 BOARDMAN — It was the challenge Laura Garvin wanted.

She was top seed at the Division II Boardman Sectional and ended play there as a No. 1 seed heading to district play at the Springside Racquet and Fitness Club.

Straight sets all the way to the sectional final. Then, she faced Struthers’ Daniella Mendel, an unseeded player. Mendel pushed Garvin to three sets.

“The other matches I had played had gone pretty quickly,” said Garvin after Saturday’s sectional semifinals and finals. “I think in my second match of the day, to be challenged like I was, I really settled down and made the shots I needed to make to win.

“I think that’ll help me going into districts.”

She knows what lies ahead for her at Akron. Not much will be a surprise this time around.

“I know the competition there is much more difficult than it is around here,” Garvin said. “I’m expecting to play hard matches. I’m expecting to be challenged at every match at every point.”

She’s a strong player on the baseline, dominating matches with her powerful backhands and forehands. That helps her dig out of any situation she might get into at district play.

“I think if I settle down the technique I learned, that I’ve been using forever now,” Garvin said. “If I settle down on that and focus on the placement of my ground strokes, then it’ll help me going into districts.”

She has not made it to state in her previous two district appearances. She hopes to change that this time around.

“It’s really exciting because coming out as a one seed I see a chance to make it to state,” Garvin said. “It’s been my dream throughout this entire process of high school tennis. I’m excited to see how far I can make it.”