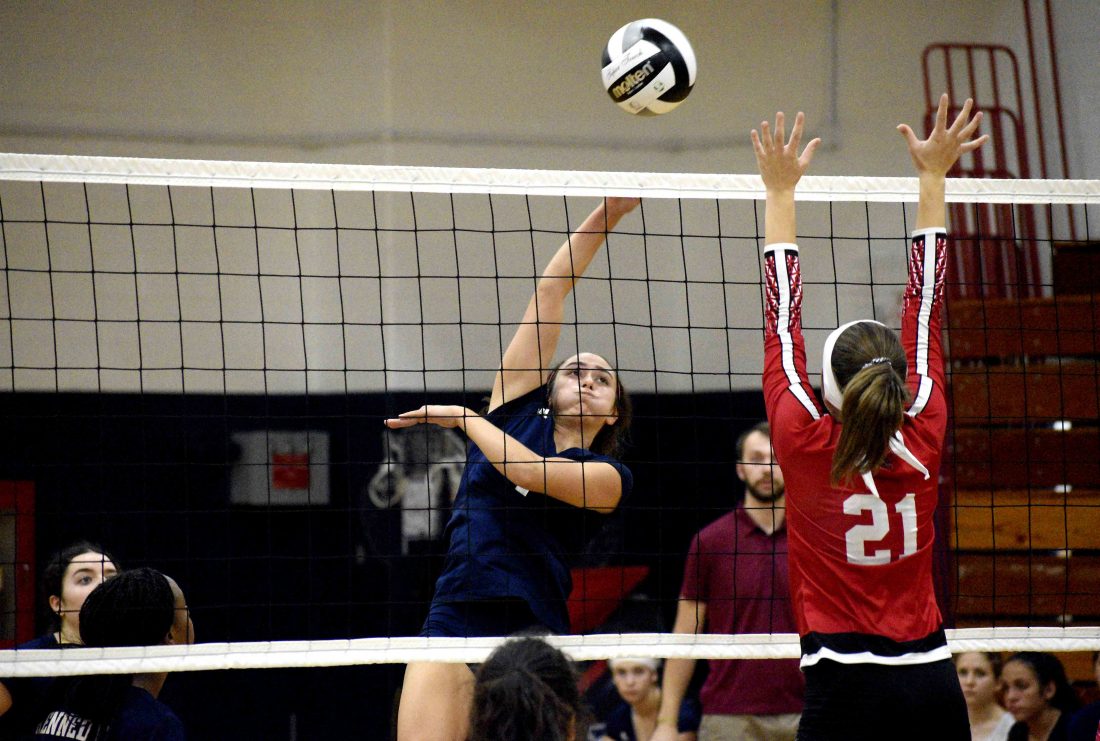 Staff photo / Brian Yauger JFK’s Chloe Coates sends a ball over the net for the Eagles.

WARREN — A common issue for John F. Kennedy prevailed more as the Eagles dropped their contest against Columbiana in three sets.

“It’s pretty much been our theme throughout the whole season. We just play inconsistent,” Kennedy coach Sam Young said. “One minute we can’t pull it together and in the next we look like a great team. That’s been our struggle all year, just trying to play consistent.”

Columbiana opened the game with a strong performance, winning 25-10. The Clippers controlled the set from the first serve and kept going.

The second set is where Young’s mention of ‘looking like a great team’ came into play. While losing the set, the Eagles kept it close the entire time, ending in a 25-20 loss.

“In the first set we were still trying to figure some things out with rotations, but in the second set they played with confidence,” Young said. “After we lost the second one, we lost our confidence, and I felt like we were shook in the third set and we just couldn’t get out of that funk.” 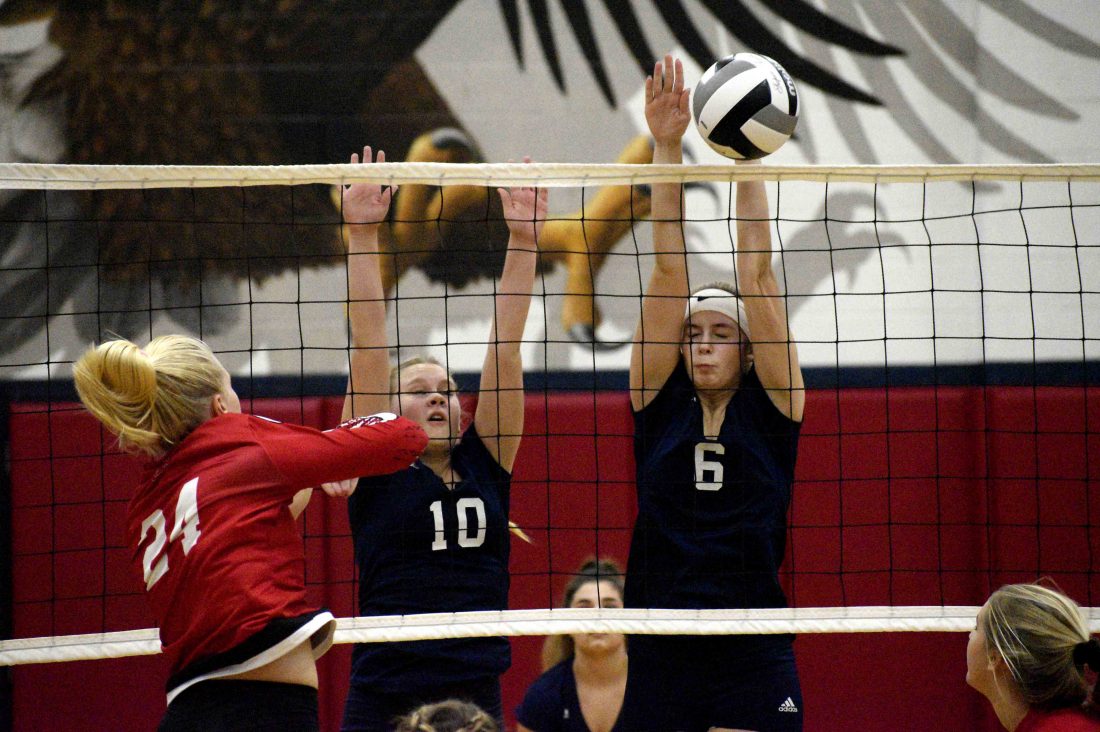 With their confidence lost, the game ended just as it began, with a 25-10 Columbiana win.

Kennedy faces an uphill battle in preparation for tournament play, but Young thinks the talent is there. It’s about remaining consistent.

“We have good players, we just need to figure out how to play consistently,” he said.

The plan for that is more of a long-term approach rather than an overnight fix.

“We have a ton of girls who are dedicated to the sport, but then we also need girls from the lower campus, junior high, to be with the volleyball program and consistent with the program,” Young said. “We’re trying to build something here and if they can stick with it, I think we’ll have something good here in the future.”

The Eagles have three games remaining on their schedule and look to improve each time they step out on the court. First they welcome Farrell (Pa.) to Ohio on Thursday, then host St. Thomas Aquinas before ending their season on the road against McDonald.

“These are some games I think we could win,” Young said. “They’re going to be some tough games, but I think we can stay with it if we make those small little improvements every game. Some of these girls, they have the will and we just need to finally put it all together in one game and hopefully that comes together soon.”

Young views these three games as another way to prepare for the tournament. They’re taking it day-by-day.

“We want to work on the basics, try to get some momentum as much as we can before the tournament,” he said. “Find any little room for improvement and work on it the best we can. We tell the girls that every day is a new opportunity to get better and we need to figure out what we have to do to improve.”