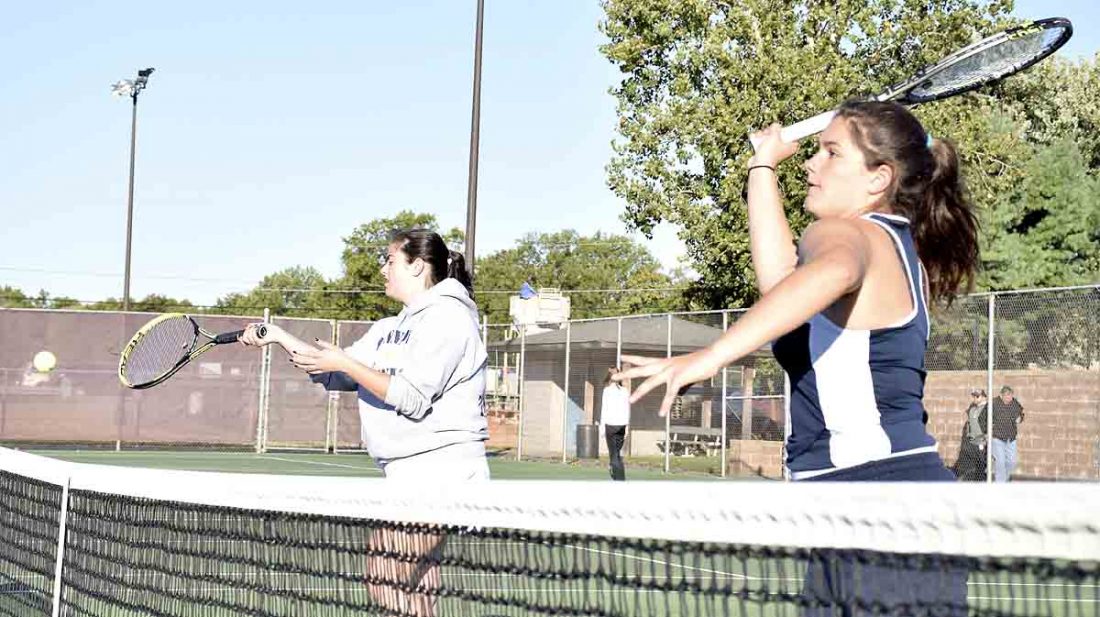 BOARDMAN — Saturday morning was a bit colder than normal — around 40 degrees.

Where would she rather be? Would the JFK senior be more at home on the pitch or playing for seeding on a frigid Saturday morning at Boardman High School?

“I’d rather be here with Soph, to be honest,” Condoleon said. “We’ve got to get this done, get the dub, the win.”

The two head into Friday and Saturday’s Division II Akron District girls tennis tournament as a No. 2 seeded team. It’s the third straight year the JFK doubles team is heading to district play.

“It was good to make it our senior year together,” Condoleon said.

This pairing is much more than a three-year stint. They’ve known each other since kindergarten.

“It’s fun to play with her and share the friendship on the court,” Zamarelli said.

There’s plenty of fun between the two. It’s what keeps play lively on the court.

Condoleon said when they are up at the net they talk about the tomahawk, a chopping motion with their racquets. It’s one of many inside jokes that keeps things lighthearted.

“Makes us feel better to bring us back up,” Zamarelli said.

This cohesive group wasn’t together all year. They are getting back into a rhythm with plenty of practice and repetition. Zamarelli had surgery earlier this season.

“Trying to get back into it together,” she said.