Irish tennis players back at district 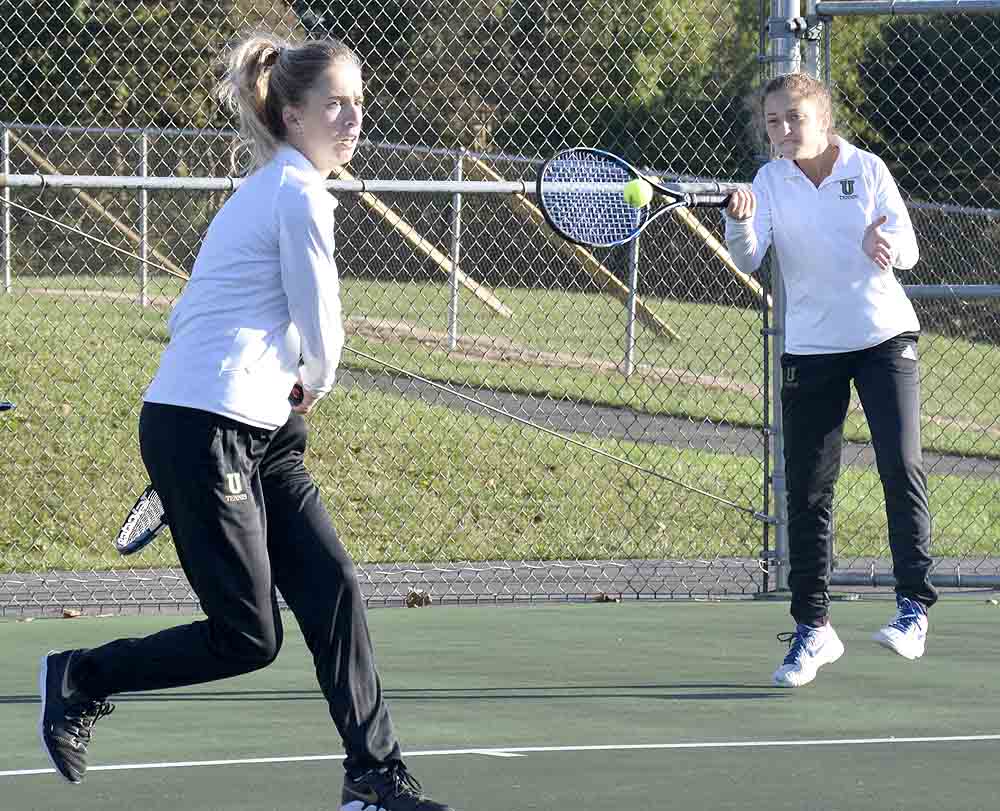 Staff photo / John Vargo Emma Thornton, left, and Anna Morgione are at the district tournament as No. 1 seeds.

BOARDMAN — Emma Thornton played along the baseline with forehands and backhands, and charged the net some — something a good doubles player does during a match.

She saw her teammate, Anna Morgione, do the same as the two didn’t lose a match to roll through the Division II Boardman Sectional girls tennis tournament last week.

The two fell short last year in the Division II Akron District. They make a return trip to the district, which is scheduled Friday and Saturday at the Springside Racquet and Fitness Club in Akron.

This year, the Fighting Irish duo enters the district as a No. 1 seed.

“I think we’ll make it further than last year,” Thornton said. “We have a better chance of playing state this year.” 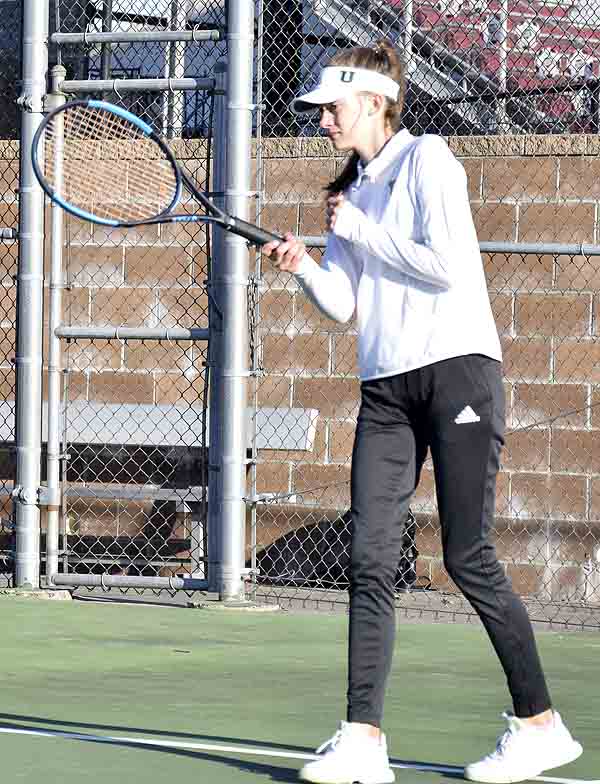 The top four finishers in both doubles and singles advance from Akron to the state tournament.

Last year was the first year the two played as a doubles team. They’ve honed their collective skills since the 2018 campaign.

Strengths, weaknesses, they know each other well.

“Communication is easy between us,” Morgione said.

Lanna Dellick comes into district play as a fourth-seeded singles player. This is also her second year heading to Akron.

She tries to calm her nerves by listening to some classic rock — talking to friends and family.

“I’m glad to be back here again,” Dellick said. “It’s fun. I like to go to Akron with the girls. It’s really fun.”

As for Morgione, she sometimes practices with her brother, Greg, who isn’t your normal boys tennis player. He is the defending Division II state runner-up, one of the best players in Ohio.

“I hit with him a few times,” Anna said. “He helps a lot because he hits with a lot of spin, which girls you play at districts are going to have. It kind of prepares me for that when I hit with him.”