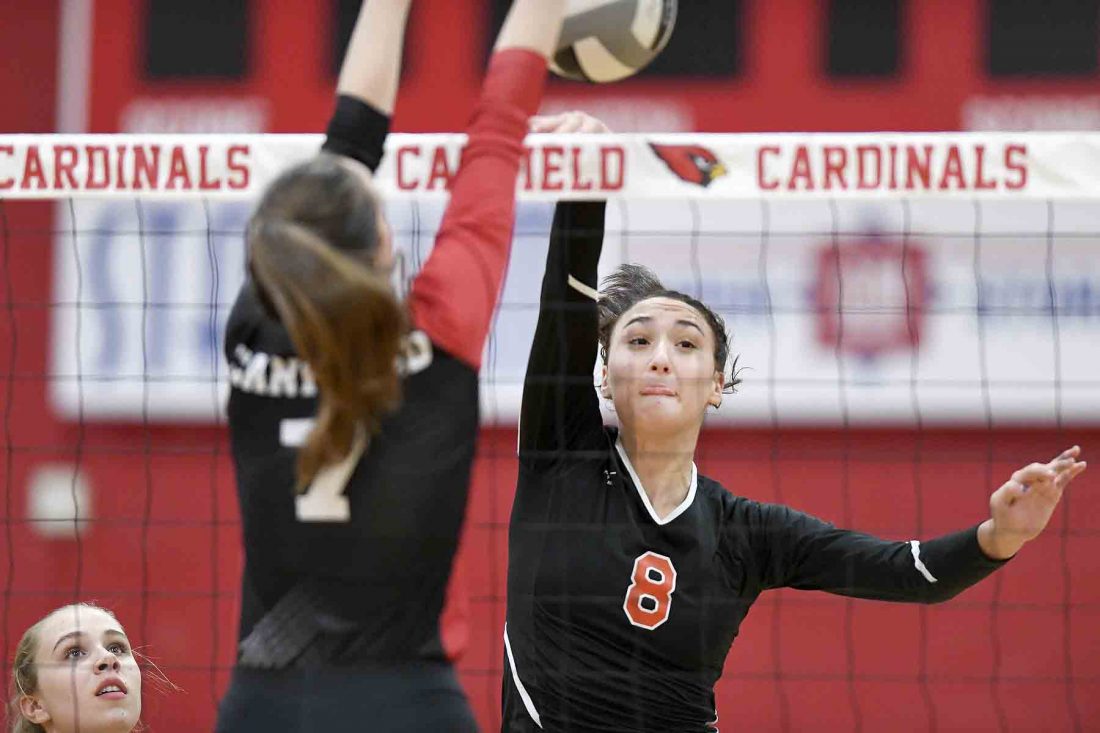 Correspondent photo / Robert Hayes Mia Pantalone of Howland goes for a kill during the second set in the Tigers’ 3-0 loss to the Cardinals at Canfield High School on Thursday.

CANFIELD — After suffering a 3-0 loss at Howland earlier in the season, the Canfield Cardinals came into Thursday night’s match against the Tigers seeking redemption.

As it turned out, Canfield flipped the script on Howland and swept the Tigers 3-0 in front of a packed house at Canfield High School on Thursday night.

For Canfield (14-4) coach Maria Householder, preparation was key when it came time to face Howland a second time.

“So, we focused on our job, and if we did our job, we would take them out of system, and they wouldn’t be able to do their job. They executed what they needed to do tonight.” 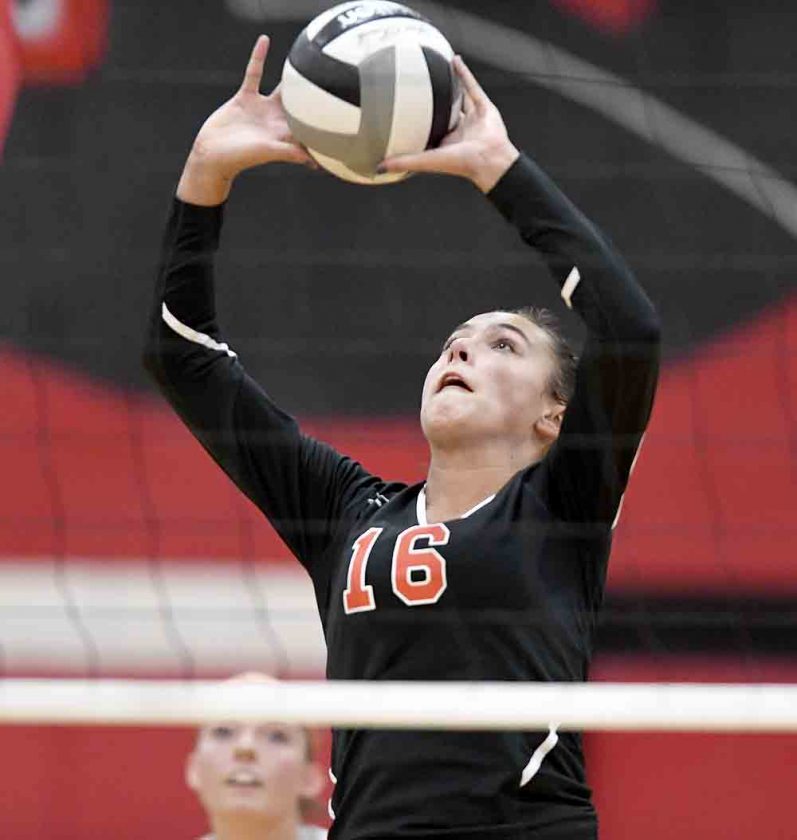 The first set was a duel, as Canfield built a 10-4 advantage, only for Howland to come roaring back to knot the set at 13 points apiece and then to take a 16-13 lead going into another timeout later in the set.

Set number three was all Canfield, as the Cardinals took a 5-0 lead early and would dominated the set by a score of 25-8 to complete the sweep.

Canfield looked stronger as the match went on. Householder said her team couldn’t take the pressure off.

One of the key players on the court for Canfield was senior Alexis Mettille, who ended the evening with 12 kills, 4 blocks, 4 aces, and an assist. Mettille said her team played well.

Howland (17-3) coach Amanda Lingenfelter knew Canfield would be ready to play after a tough loss to the Tigers earlier in the season.

“Well, the first time they played us, they didn’t have much to say afterward, so we assumed it didn’t sit well with them, and they were probably going to be gunning for us tonight, so as expected,” she said.

“We knew what we were getting into, it’s more of what we expected the first time around. You know, we want to learn from a loss. I told the girls we learn more from losses and we’re going to take whatever we learn from tonight and take it to sectionals and districts.”

Lingerfelter knows what she wants to work on with the regular season winding down.

Meanwhile, Householder has a plan for her team with the postseason on the horizon.

“Watch a lot of film, watch ourselves, see where we can improve. Just working, getting back to the basics fundamentals, and doing our job well,” she said.

“I think trying to look and see who our possible opponents are coming up, I think we’ve got really high hopes and high goals for the tournament, so I knew we’re just going to want to keep rolling on this. This was a great night of chemistry for the girls and, you know, with it being filmed and everybody being here it was a great buzz.”

“We’re going to keep working hard in the gym every day, even though there’s going to be a long break after (the regular season), but we’re just going to fine tune everything so that we’re ready for whatever comes our way,” she said.