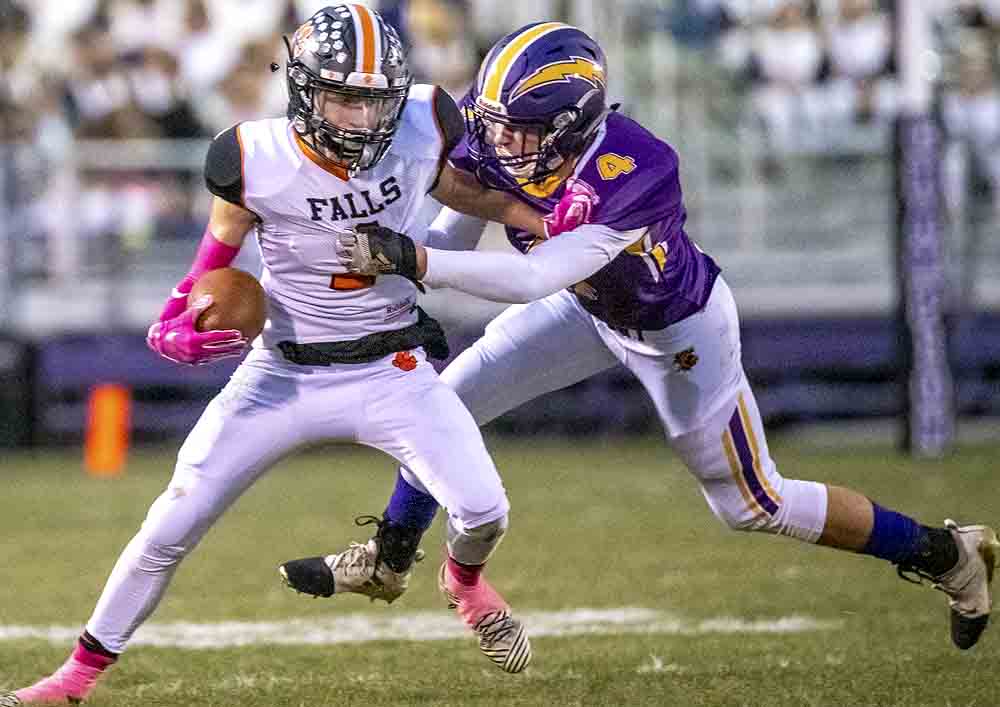 CHAMPION — The lights were turned off for most of the halftime show staged by the Champion Golden Flashes marching band.

You could say the performance mirrored the football team, which staged a lights-out showing by Champion in rolling to a 30-0 win over the Newton Falls Tigers in an All-American Conference Blue Tier game Friday.

The Flashes’ dominance began when junior running back Austin Willforth broke through a huge hole and raced untouched for a 68-yard touchdown on the third play from scrimmage.

It continued until junior running back Nick Costianes ran 86 yards for a touchdown midway through the third quarter.

Noah Vesey followed Costianes’ score with an extra point that finished the scoring and put the game into a running-clock mode. The Flashes went on to improve to 5-1 and 2-0 in the Blue Tier. It’s their best start since the 1994 team made the playoffs. 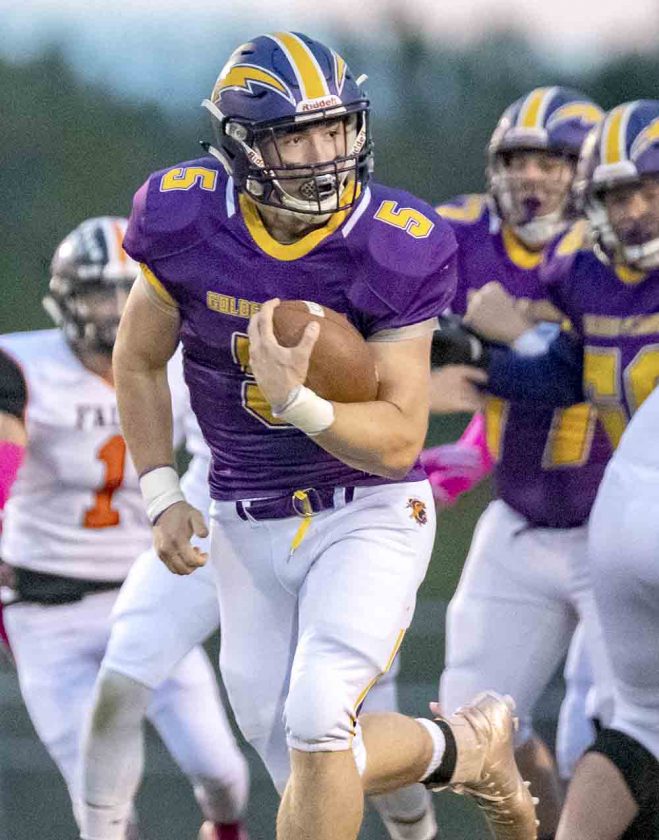 Correspondent photo / Dianna Oatridge Champion's Austin Williforth rushes for a touchdown during the first quarter of their game against Newton Falls in Champion on Friday night.

Willforth rushed for 111 yards and two touchdowns on 15 carries, pushing his total rushing yards to 941. The 68-yard run might have been one of the easiest he’s had this season. There wasn’t a defender close to him once he broke the line of scrimmage.

“It was wide open,” Willforth said. “I pre-read the snap, and there was no one there. The line did a good job of getting their blocks, and you go from there.”

The touchdown set the tone for the rest of the game. The Tigers (1-5, 0-3) tightened at times on defense, but their offense couldn’t generate much of a push.

It has been a tough road for the Tigers after their win over Waterloo to open the season. They lost quarterback Ivan Howard for the rest of the season a week later against Windham. 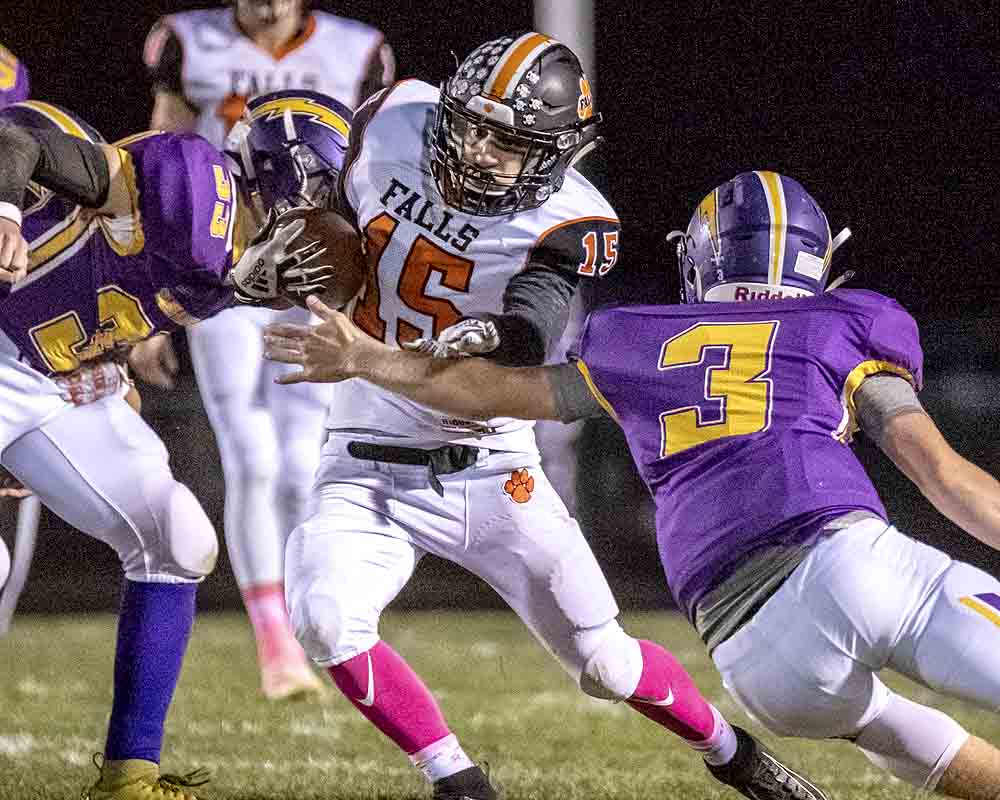 “We’re in damage control,” said Tigers coach Mike Gillespie of the loss of the senior Howard. “We’ve had some adversity. Once we get behind, we struggle to even try to get back.”

Getting the shutout made the night extra special for Champion, which entered the weekend ranked seventh in the Division V, Region 17 computer standings.

“We wanted to have a zero,” McGlynn said. “We gave up big plays early on in the year, and our goal was to have a big shutout tonight. That’s what we told them at halftime.”

The Flashes added two points after Willforth’s first touchdown on a run by Nick Vesey. They increased the lead to 15-0 early in the second quarter when Willforth scored on a 15-yard run to complete a 12-play, 78-yard drive. Noah Vesey kicked the extra point.

Champion took a 23-0 lead into halftime when quarterback Nick Stahlman connected with Nick Vesey on a 27-yard scoring pass. Stahlman powered in the run for the extra two points.

The only touchdown in the second half came at the 6:21 mark of the third period when Costianes broke free. Noah Vesey made the point-after kick.

The Flashes will go for a third straight conference win Friday at Liberty. Another win will certainly add to the talk of a possible playoff berth.

“It feels very good to know that the hard work you put in during the offseason pays off,” Willforth said. “You can see that right now.”