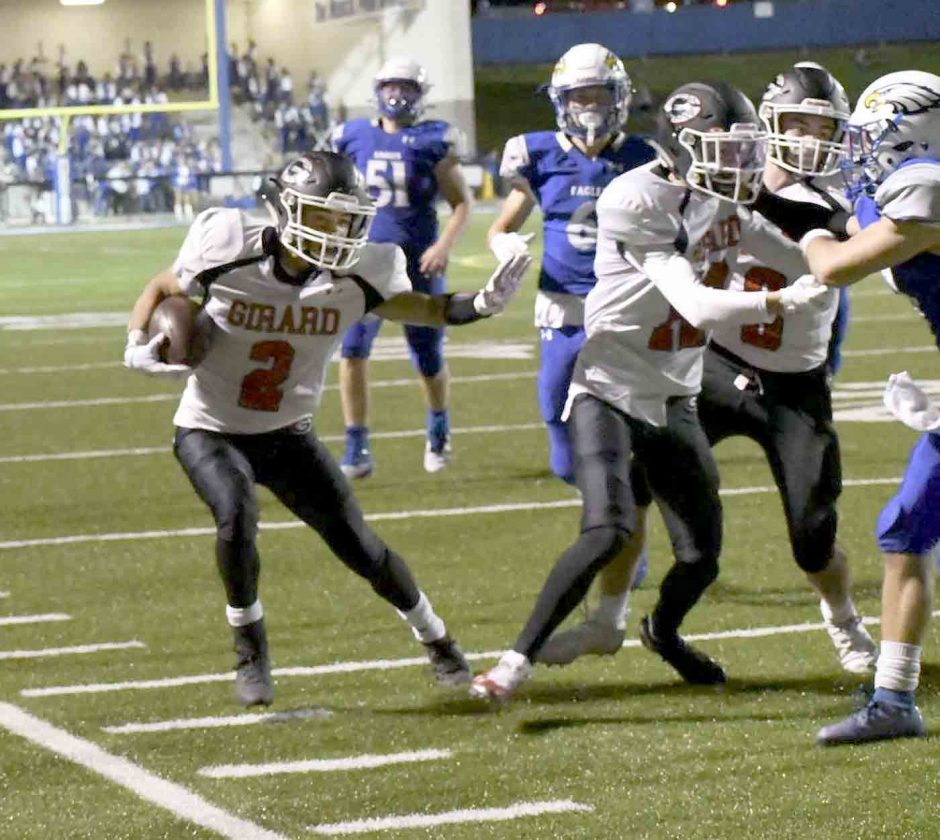 HUBBARD — After a defensive stop and a drive down the field from his team, Girard kicker Steven Gamble had a shot to win the game.

Gamble sent the ball through the uprights with seconds to spare to give his team the lead.

Hubbard’s Hail Mary attempt failed and Girard got the 16-14 victory Friday on the Eagles’ field.

“There are no words,” Gamble said. “I can’t even breathe right now. This is the best feeling I’ve ever had in my life. I have the support of an entire city behind me and I did my job today.”

Girard’s start was as hot as its finish. 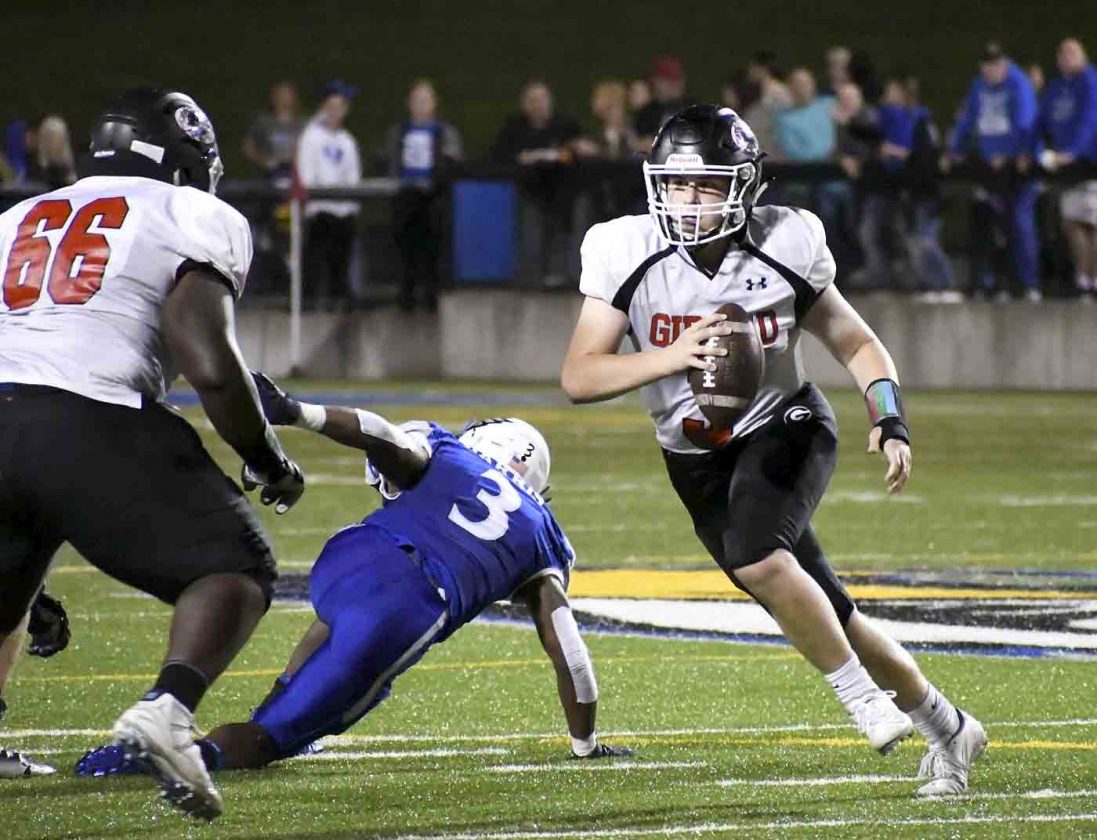 Quarterback Andrew DelGarbino threw a pass to Jimmy Jones for 80 yards on the first play from scrimmage to give the Indians a 7-0 lead early.

“It’s about us right now,” Girard coach Pat Pearson said. “That was our message going into the game, and the kids just played like crazy.”

Hubbard got on the board later in the first quarter. Quarterback Cam Resetar found Jermia Harris for a touchdown.

Both offenses began to stall after that TD as neither team could get into a rhythm. Punts, penalties, and turnovers plagued both sidelines as the Indians and Eagles were looking to find the momentum.

Hubbard was able to find its rhythm quicker as Resetar found Harris once more on an 11-yard strike to give the Eagles a 14-7 lead with eight minutes remaining in the third quarter. 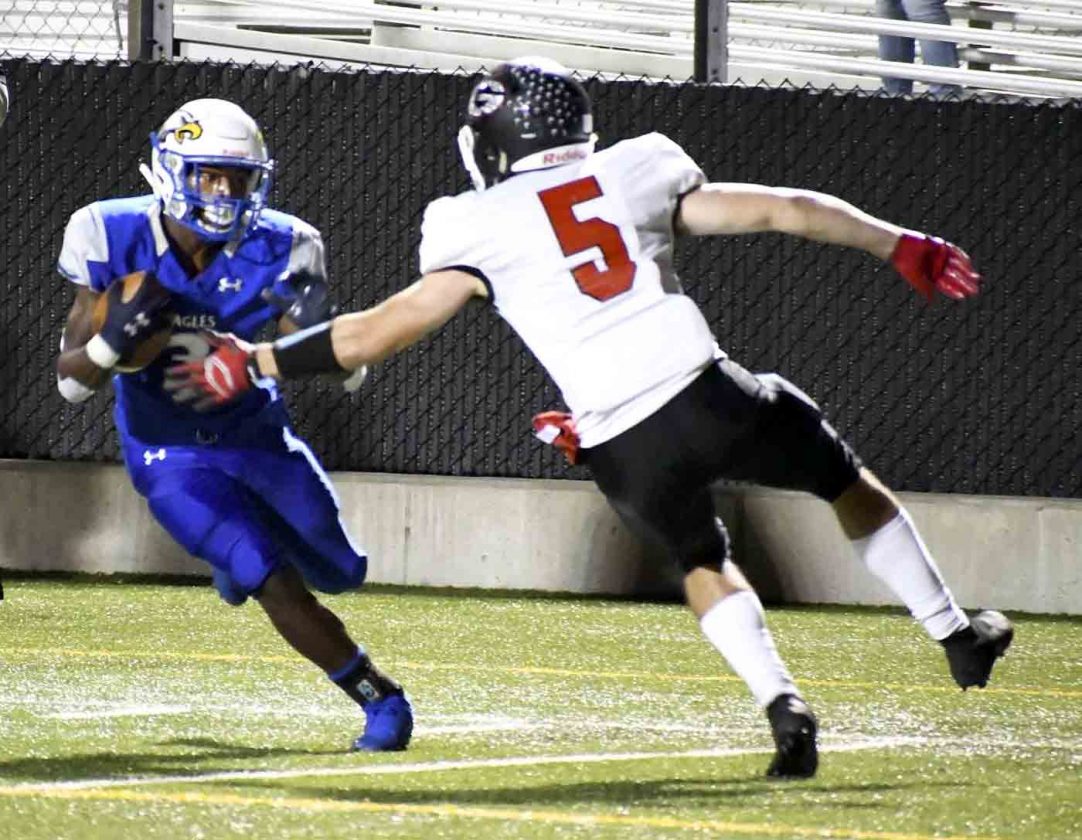 Unfortunately for Hubbard, Resetar went down with an injury, and left the game. According to Eagles coach Brian Hoffman, his status is unknown.

Kobe Krisuk stepped into the quarterback role and provided some heroics driving down the field. The drive stalled however, and Girard took over on downs.

DelGarbino made the most of the opportunity he was given, cruising the Indians’ offense down the field. Jones was given the ball on the 8-yard line and ran it in for the score.

A muffed snap on the extra point attempt kept Hubbard in the lead. Gamble was reminded of his peewee days trying to run the ball in after the snap.

“That was a flashback to my childhood, playing running back,” Gamble said. “It felt good to get the ball in my hands again.”

The Indians have battled all season coming off their state title game appearance. Fresh off consecutive losses to South Range and Poland, Pearson is making sure to enjoy this win.

“They’ve been doing it all year,” Pearson said. “We’ve come up short a little bit, but I’m proud of this team, these seniors. This is a special moment. We’re just going to keep going and keep playing.”

Hubbard looks to get back on track against Niles. While a Girard and Hubbard part two is possible in November, Hoffman has nothing of the sort on his mind right now.

Gamble hopes that this win is a catalyst for the rest of the season.

“I really hope it’s gonna give us the motivation to keep going on with the rest of those difficulties (this season),” Gamble said. “I hope we can carry this same energy into the playoffs.”