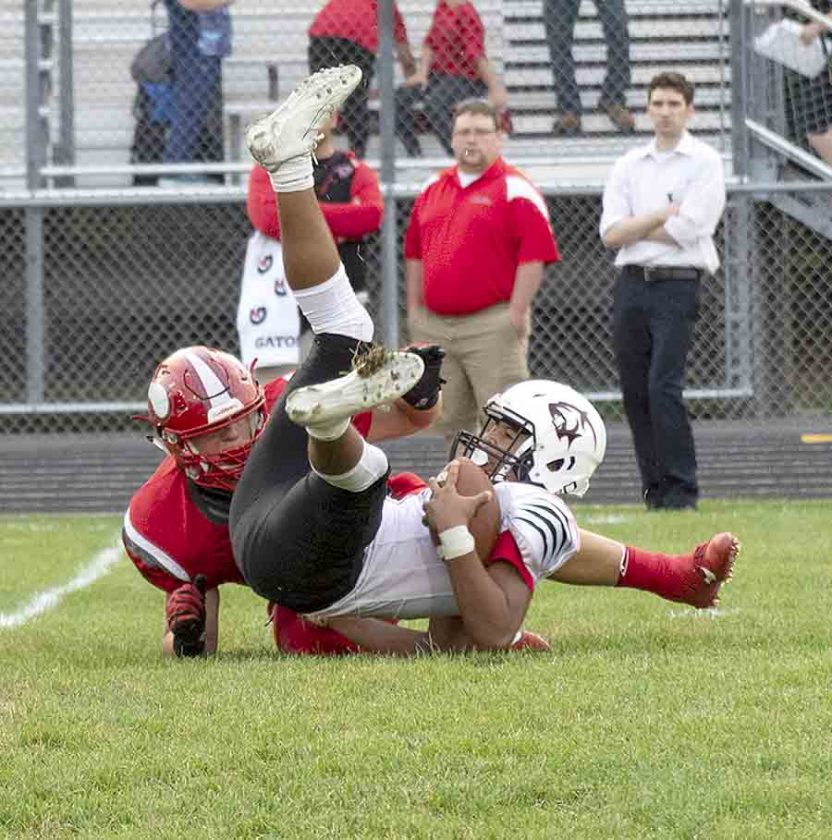 LEAVITTSBURG — Last year, the LaBrae Vikings finished with a record of 10-2 and a second-round playoff defeat to Manchester.

LaBrae’s only regular-season loss came at the hands of Mark Waid and eventual Division IV state runner-up Girard. After beginning this season with two losses by a total of 20 points, the Vikings (1-2) righted the ship by downing Norton, 48-21, Friday night in Leavittsburg.

“We have a young team that stumbled out of the gate in Weeks 1 and 2,” LaBrae coach John Armeni said. “They were an angry bunch of kids this week in practice. They came to work everyday and got better. This is a great message to send them. When you do things the right way and you play hard, good things happen in this sport.”

One of the Vikings staying true to that mantra was sophomore Devin Carter. Carter gashed through the Panther defense on his way to a career-high 249 yards and three touchdowns on 19 carries.

“The offensive line blocked really well for me tonight,” Carter said. “I couldn’t have done it without them. They opened up some big holes for me. It was exciting tonight. I’m proud of the team. We’re going to be good now.” 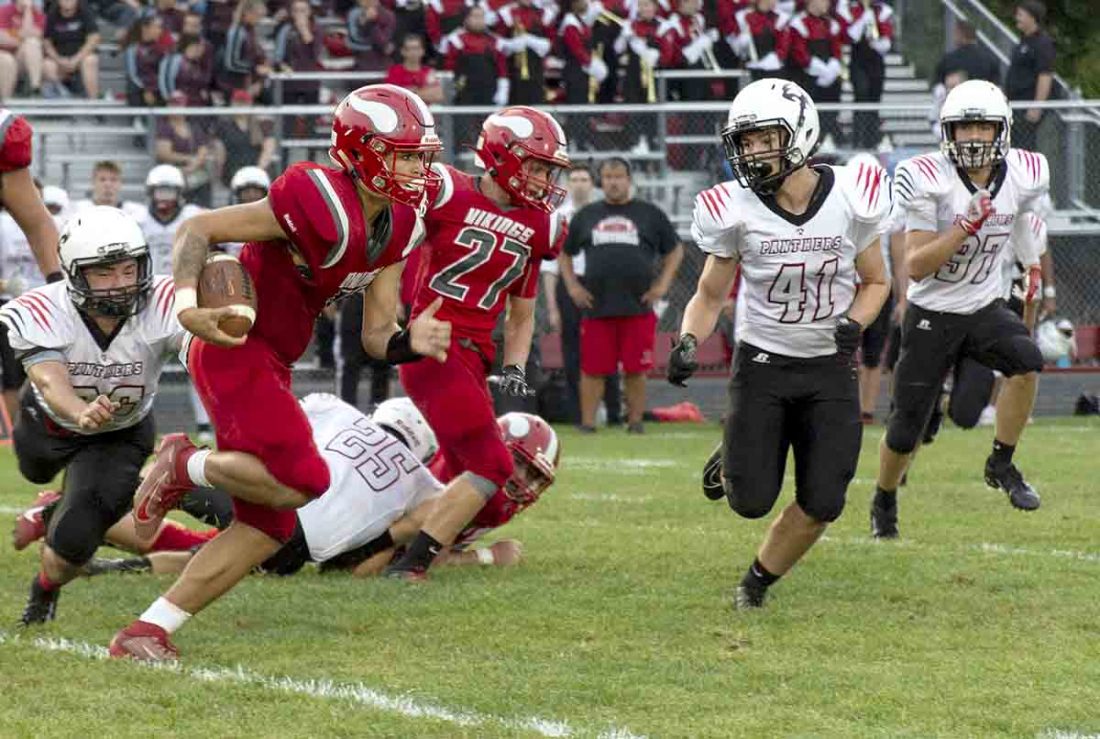 Carter got the party started two minutes into the game with a 15-yard touchdown run. Justin Rutherford’s kick made it, 7-0, LaBrae. Norton tied the game 5 minutes later on a 6-yard TD pass from Larry Harper to Nathan Merrill.

LaBrae’s quick-strike offense was working in the first half. The Panthers ran 42 plays and had the ball for over 19 minutes, compared to the Vikings 19 plays and 3 minutes of possession time. Yet, LaBrae made the most of those 3 minutes by pounding the ball on the ground for 192 yards.

A 26-yard scoring run from senior Timmon Cayson, and a 1-yard plunge into the end zone from Carter put the Vikings up 20-7. Norton’s Michael Green ran one in from 6 yards out with 52 seconds remaining in the half to make it 20-14 LaBrae at halftime.

Sophomore Aidan Stephens is all over the field for LaBrae. He is the back-up quarterback to senior Dominic Harris. Stephens takes direct snaps as a receiver and runs the ball with impressive speed.

“Aidan has separated himself into a go-to-guy,” Armeni said.

Stephens recovered a fumble late in the third quarter, which led to another huge run from Carter. Stephens finished off the drive with a 3-yard score to make it 41-14 heading to the fourth.

Carter ran it in from 6 yards out on the first play of the fourth. Stephens also snatched an interception.

Even though LaBrae lost a large, talented senior class, the Vikings have veterans and young talent that may keep them in playoff contention.

“We’re playing a lot of young kids,” Armeni said. “But we still have some experienced guys that were on playoff teams. They’re hungry. They’re hungry to play good football. We still have a little juice left in the tank here. We’re excited to make a run down the stretch.”