Hubbard holds off Howland as Resatar scores in overtime 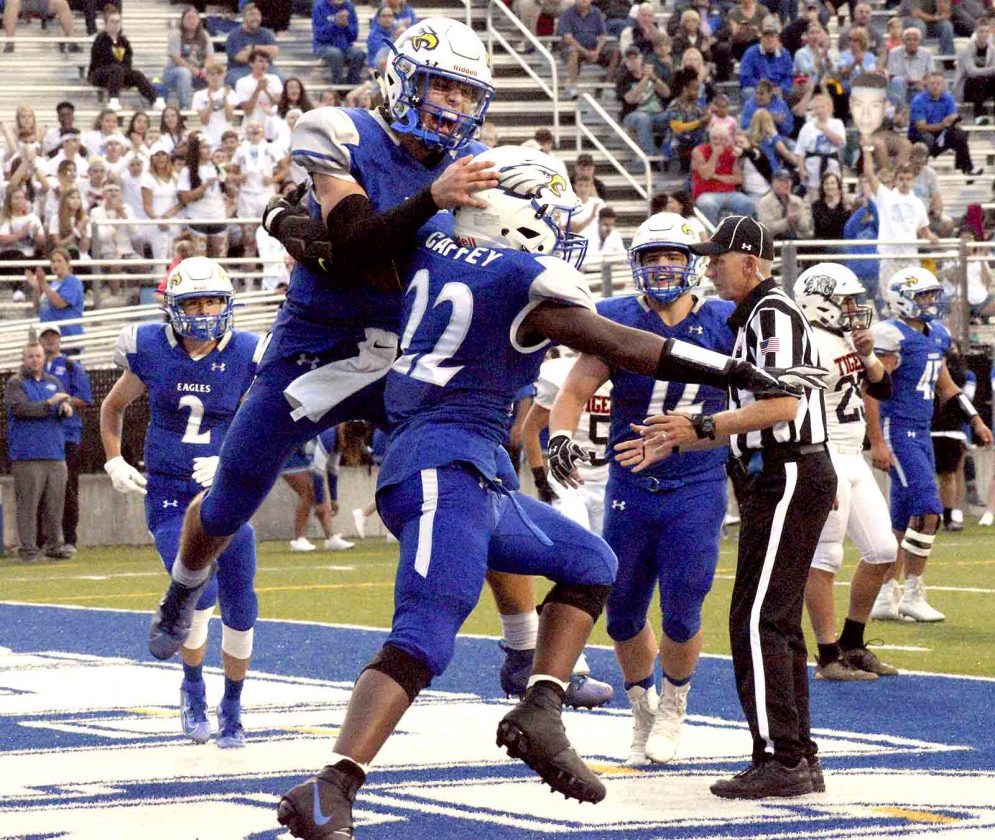 HUBBARD — Hubbard got its first win of the year in thrilling fashion, beating Howland 22-16 in overtime.

“What a game,” Eagles coach Brian Hoffman said. “Just a great old-fashioned high school football game with two teams that battled it out for 48 minutes plus overtime.”

The game-winning touchdown was scored on a 12-yard run by quarterback Cameron Resatar. Hubbard held Howland scoreless on the first drive of overtime. The Tigers went for it on fourth down, but their pass was incomplete.

That gave Resatar and the

“Coach told me just to pick up the first down, but once I saw that crease, I had to get it in there for him,” Resatar said. 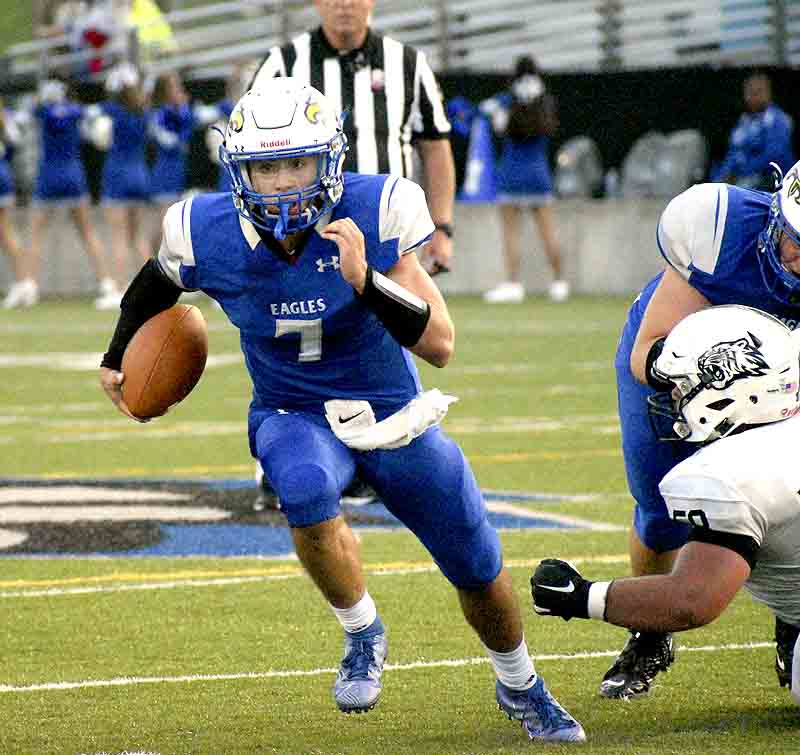 Resatar pulled heroics all game, getting the Eagles out of a couple third-and-longs with his feet and finished the game with 131 rushing yards on the night.

“All the credit goes to my offensive line,” Resatar said. “They paved the way and gave me some holes.”

Resatar both opened and closed the game with touchdowns, scoring the first points of the night with a 4-yard touchdown rush.

Early in the second quarter, Timothy Caffey rushed for a 6-yard touchdown to put the Eagles up by 13 after the missed extra point.

Caffey, a sophomore, impressed his coach with his versatility.

“Caffey came in, made some nice runs for us and did a great job blocking for us,” Hoffman said.

Hoffman was also impressed by the way the defense played in crunch time, and the way his quarterback handled the pressure of an overtime game.

“Defensively, we had some guys step up,” Hoffman said. “We had a great defensive series when we needed it and offensively, we found a couple things that were working for us and our quarterback did a great job getting in the end zone. The guys up front did a nice job creating the holes for him and I’m proud of the leadership tonight from the quarterback position.”

Howland first got on the board with Dom Sanagria recovering a fumble in the end zone for a touchdown. The Tigers later kicked a field goal.

Leading Howland on the ground was Garrett Deemer who rushed for 109 yards.

Hubbard kicked a field goal in the waning seconds of the first half to go into the break with a 19-9 lead. Howland wasn’t going to go away that easily, however.

Tigers quarterback David Burman III fired a pass to Ja’Wahn Dean for 46 yards and a touchdown to tie the game to start off the third quarter. Burman finished the game with 91 yards.

Beforehand in the locker room, Tigers coach Steve Boyle fired the team up.

“I told them to just keep doing what they’re doing,” he said. “We were down seven and we had to come out and battle back to tie the ballgame up and we did that. Unfortunately, we came up a little short.”

Howland faces another tough challenge when it welcomes Poland for its home opener.

Boyle sees a lot in this Tigers squad going forward and evoked some wisdom from Alabama coach Nick Saban.

“I’m seeing development,” Boyle said. “Our older guys still need to learn the system and our younger guys coming up through, they’re buying into the system and that’s what we want to continue to do. Coach Saban says it all the time, ‘You’ve got to drink the Kool Aid’.”

Hubbard takes on Cleveland Shaw and plans to use this game as a building block going through the rest of the year.

“The sky’s the limit for this team,” Resatar said. “We had a rough one last week just not being prepared, but this one is really gonna jumpstart us.”