Sperling gives Howland spark it needs in win over Lakeview 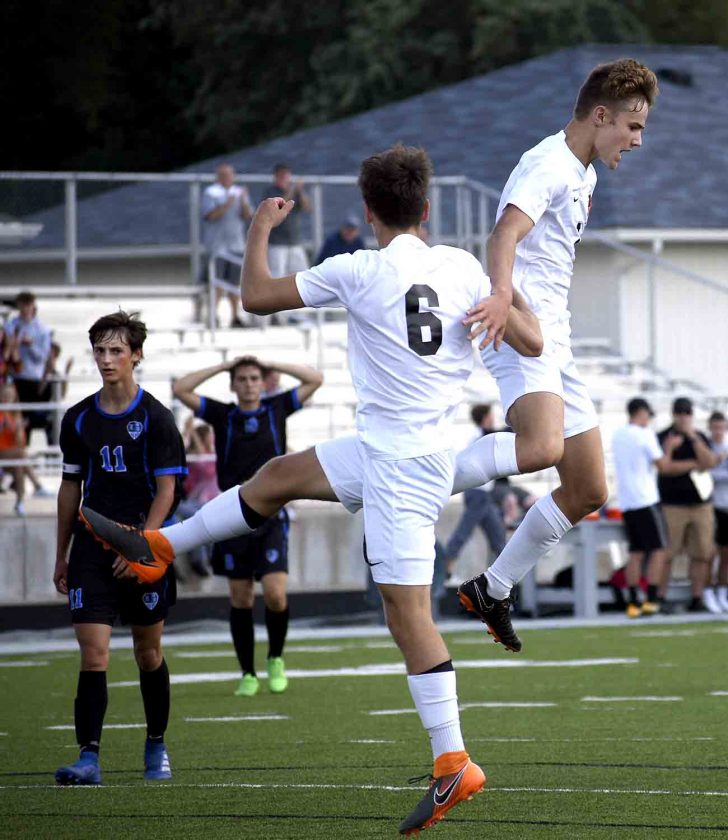 CORTLAND — A goal from Howland striker Jordan Sperling gave the Tigers momentum and they ran with it, capturing a 3-0 boys soccer victory over Lakeview on Saturday to remain undefeated.

Howland needed one of its players to cut through a wall of Lakeview defenders and Sperling just so happened to be the guy.

“Sperling made a play that we needed to be made,” Howland coach Brian Stiles said. “When a team sits back with nine or 10 guys, sometimes you just have to be the guy who makes the play and I think he did a good job of that.”

Sperling scored with a minute remaining in the first half. At the break, Stiles emphasized patience and to not drive the ball up the middle as much.

“When you’re facing a team that’s doing that to you, it’s all about patience,” Stiles said. ” I thought in the second half we started moving more to the outside instead of trying to come up the middle and I thought that spread them out. 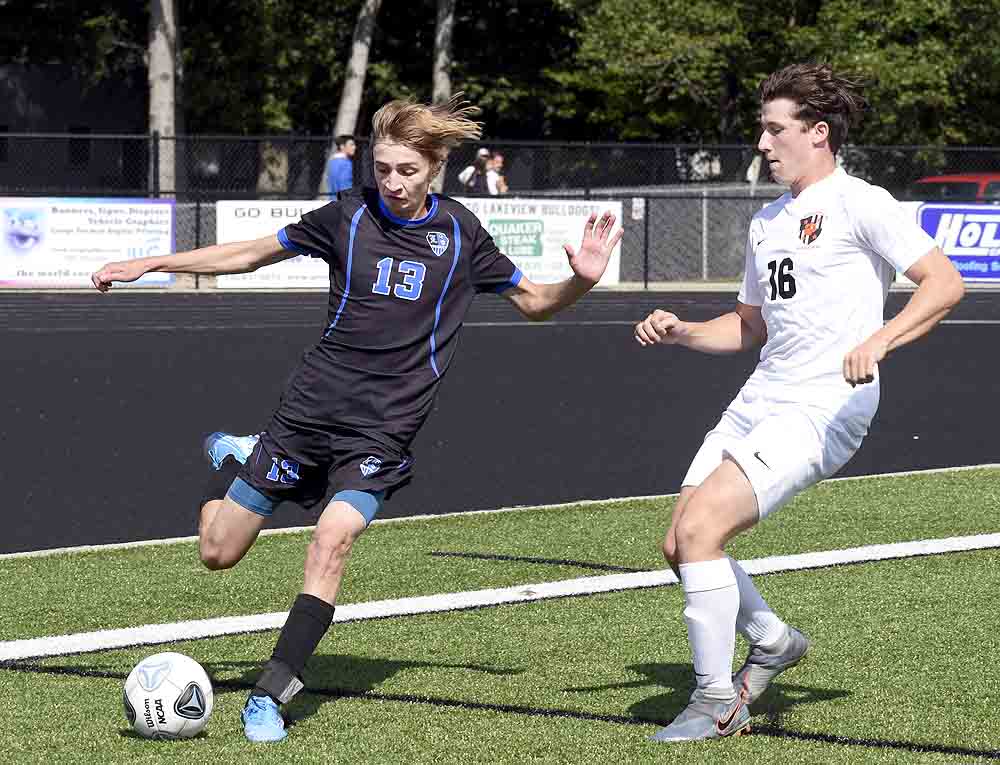 Staff photo / Brian Yauger Hunter Miller of Lakeview tries to clear the ball while Peter Larakis of Howland defends during the Tigers’ 3-0 win on Saturday at Lakeview.

“It takes a lot of energy to defend for 80 minutes so I think we kind of wore them down a bit.”

Bulldogs coach Scott Smith said the team was out of position on the first goal.

“That’s what that goal came from, we were too high up,” Smith said. “Only thing we talked about after that was making sure we stay back a little further, making sure we cut bodies down.”

Once Howland got on the board, the Tigers were able to more easily get past the Lakeview defenders.

“We kept the same strategy and that’s when they made small adjustments and they got us,” Smith said. 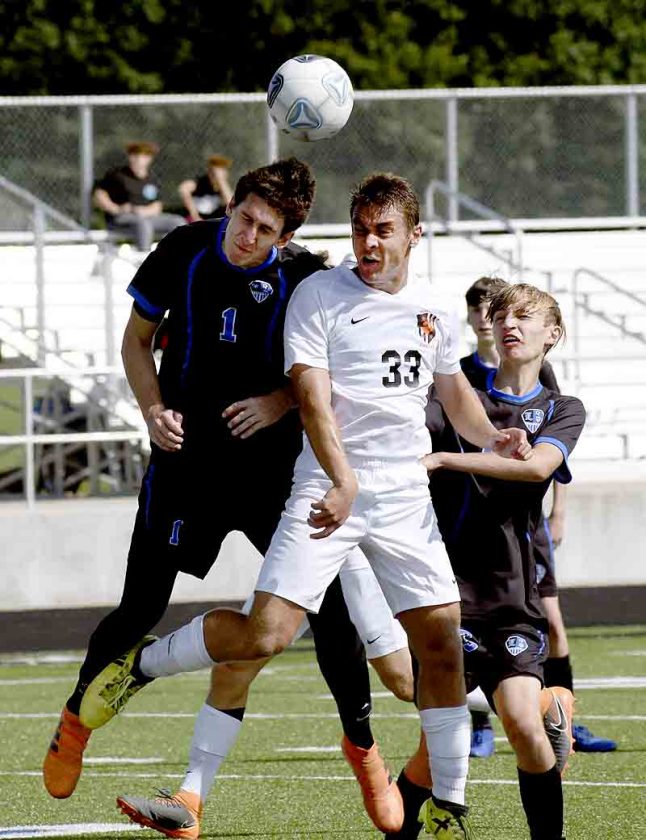 Staff photo / Brian Yauger Gabriel Altawil (right) of Howland and Dylan Sarko of Lakeview collide while going for the ball.

That adjustment was for the Tigers to cut to the outside of the field, freeing up lanes in the middle for an easier finish.

“When we got wider and could get those defenders at the back line to space out a little bit,” Stiles said. “Then we were coming around the corners quite a bit and all we have to do is time our runs better in the middle and put the ball away.”

When the Bulldogs were worn down, Howland was able to strike again. Midway through the second, Austin Stassinis was able to put the ball past Lakeview’s keeper to get the game to 2-0.

Later in the half, Christian Cano got another ball past to give the Tigers their third and final goal of the night.

Lakeview looks to get back on the right track when it opens up its conference slate against South Range.

“We know what to work on (at practice) Monday,” Stiles said. “It’s been a story with us for a while. We just have to get that guy who is a little better at finishing.

“That said, we got some great shots that did go in. We created eight or nine really nice opportunities, now it comes down to finishing six or seven of those instead of two.”