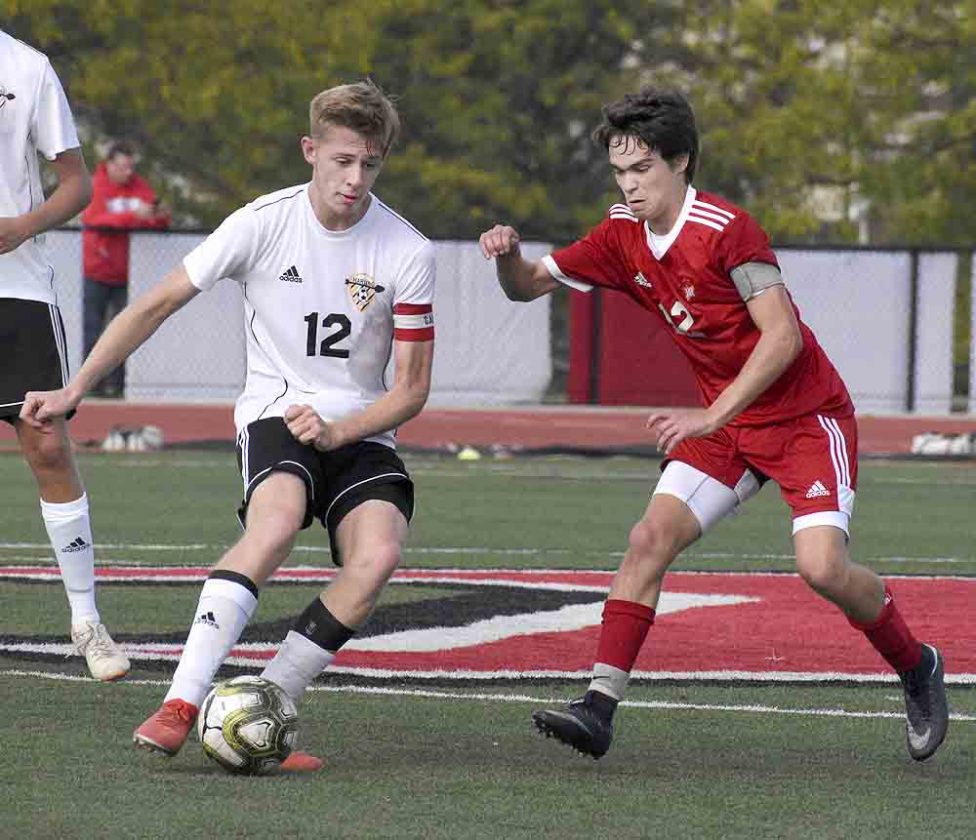 YOUNGSTOWN — It took a while for the Warren G. Harding and Cardinal Mooney boys soccer teams to wake up for their 9 a.m. start Saturday, but each team found its way on the scoreboard in the final five minutes, as the match ended in a 1-all tie.

“I thought our first half was not how we normally play,” Raiders coach Tilden Tatebe said. “It wasn’t smart. We were inconsistent, but in the second half we made some adjustments and the boys stuck to the plan. I thought we fared a lot better.”

While admittedly not playing smart, Harding was able to keep the Cardinals from scoring in the first half.

“Mooney did a great job in the first half controlling play,” Tatebe said. “They were pinging the ball well and we didn’t. We were trying to play too much kickball and it wasn’t how we normally play soccer.”

Despite controlling play in the first half, the Cardinals couldn’t finish on their shots, which let Harding continue to battle back. 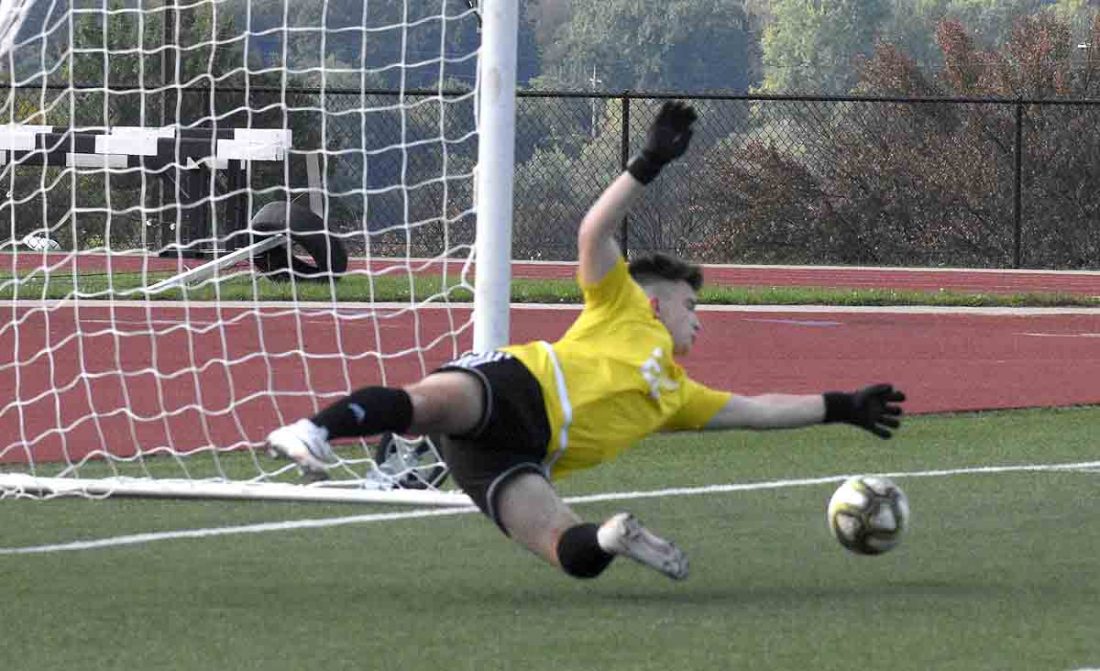 “1-1 was probaby deserved,” Mooney coach Matthew Britton said. “We had our chance to put them to bed in the first half. We missed about six tap-ins. Harding kept grinding and that’s really what it’s all about.”

One reason Harding was able to survive its first-half slump was the play of goalkeeper George Berzonski. Berzonski’s only misstep was a goal by Cardinals’ midfielder Andrew Philibin who got the rebound off of his own penalty kick.

“George is just fantastic,” Tatebe said. “If we follow up after he makes the first save on that PK and we can clear that, potentially we win this game 1-0, but as it is, I’ll take the draw.”

Not going down without a fight, Harding was able to tie the game with 1:28 remaining as Reed Stanyard sent a shot from 25 yards out.

“We’ve come back in three games now where we’ve either tied or won the game,” Tatebe said. “They’re calling themselves the Cardiac Kids now.”

The Raiders used their unique style of play to their advantage, keeping the Mooney defense on its toes.

“They play a different style from everyone else we play,” Britton said. “They like to play the ball long and over the top. We’re used to the ball being played on the surface. It was something new and it took a while to adjust.”

Mooney’s finishing is something it will continue to work on. Britton thinks it comes down to one main thing.

Mooney (7-6-1) has a little break, but faces a tough opponent on October 5. The Cardinals welcome Berlin Hiland, the 11th ranked team in Division III.

“It’ll be a battle,” Britton said.

After its second consecutive tie, Harding (4-5-2) will look to get back to .500 with a league match at Canfield on Tuesday. The Raiders beat Canfield 3-2 on Sept. 12.

“We go to a Canfield team that we played pretty even with last time,” Tatebe said. “We were fortunate enough to come away with a victory, but we go to their place this time, so we’ll see. Canfield is a young team, but they move the ball very well in the middle.”

Harding is also a young team and is trying to get every second of seasoning for the players as they prepare for postseason play.

“We don’t have a lot of experience on our team and so every game is an opportunity to gain that experience that we need,” Tatebe said. “I’m liking where we’re heading. We restarted with a lot of newer players from a varsity standpoint, but they’ve shown a lot of heart.”