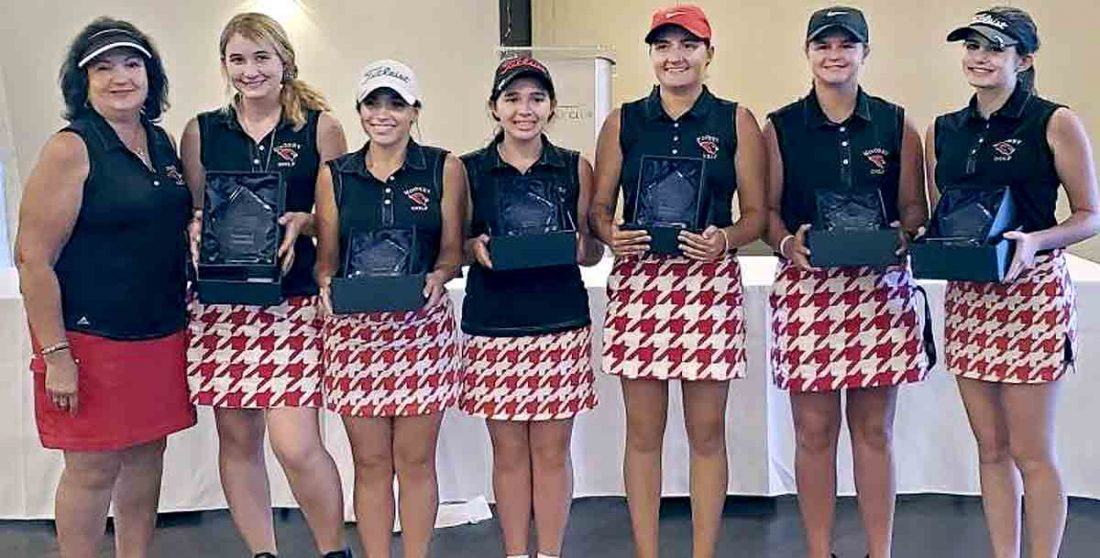 GlenOak, led by Maddie Reemsnyder with a 72, won the Division I competition by 19 strokes over Green.

Mooney outscored Poland by 13 strokes and was led by Jayne Bernard with an 80 and Alyssa Rapp with an 82.

The event is named for former Boardman teacher and coach Christine Terlesky who was diagnosed with ALS in September 2013.

The tournament is a partnership between Denise and Dan Gorski, former teachers and coaches at Boardman High School, and Ed and Chris Muranksy, owners of The Lake Club. The goal is to provide another girls high school golf invitational in the area at a first-class facility and with sponsorship money going toward the medical expenses endured by the Terlesky family.

“She has only been out three times in the past nine months but she wanted to be here to meet the teams. I know how hard this had to be physically for her to come,” Gorski said. “She has such a spirit about her and she motivates so many while she’s in the fight of her life. It was so important for these teams playing to know why this tournament is named in her honor.”

Gorski thanked the Muransky family and the staff at The Lake Club for putting on one of the best high school golf invitationals in the state.

“Many of the coaches again said tonight how this is their team’s favorite tournament to attend and that’s due to everything the Muranskys and the staff provide,” Gorski said. “There is a waiting list to get into the Invitational.

“I also want to thank the many sponsors who continue to help with the tremendous medical expenses the (Terlesky) family is still enduring.”