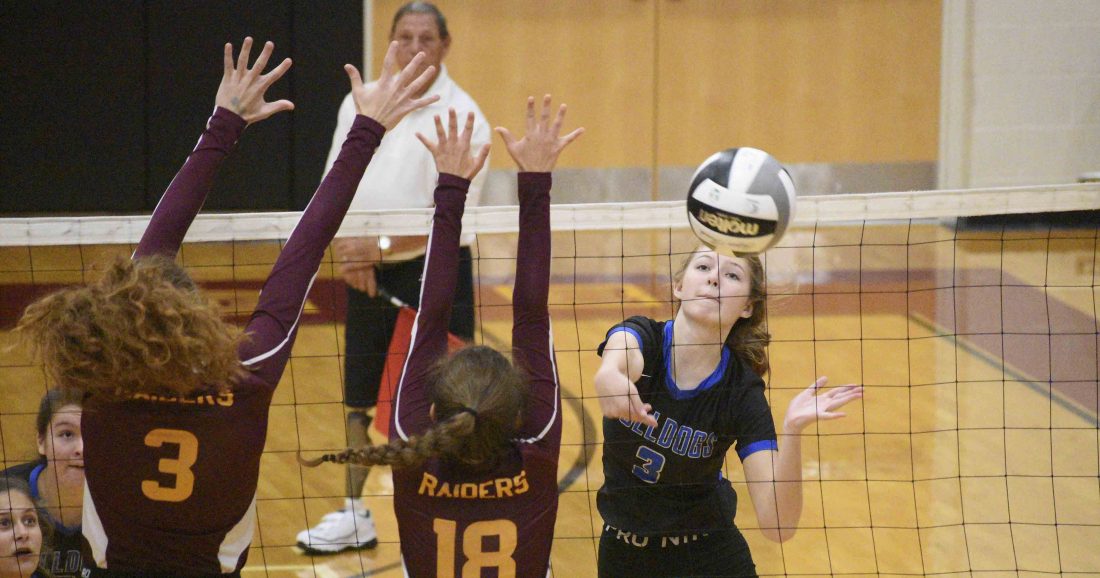 BEAVER TWP — In a battle of two of the Northeast-8’s finest, it was Lakeview which shined brighter, coming out with a 3-1 win over South Range.

The Raiders stopped their momentum in the third set, getting the win 25-21. South Range came out strong in the third set and constanly battled back a Bulldog attack. Raiders coach Katherine Komara gave her team a pep talk that left an impression on her team.

“I told them how we have to play like the game is 0-0,” Komara said. “We have got to play three sets and just be ready to go and come out strong. I think we did that.” 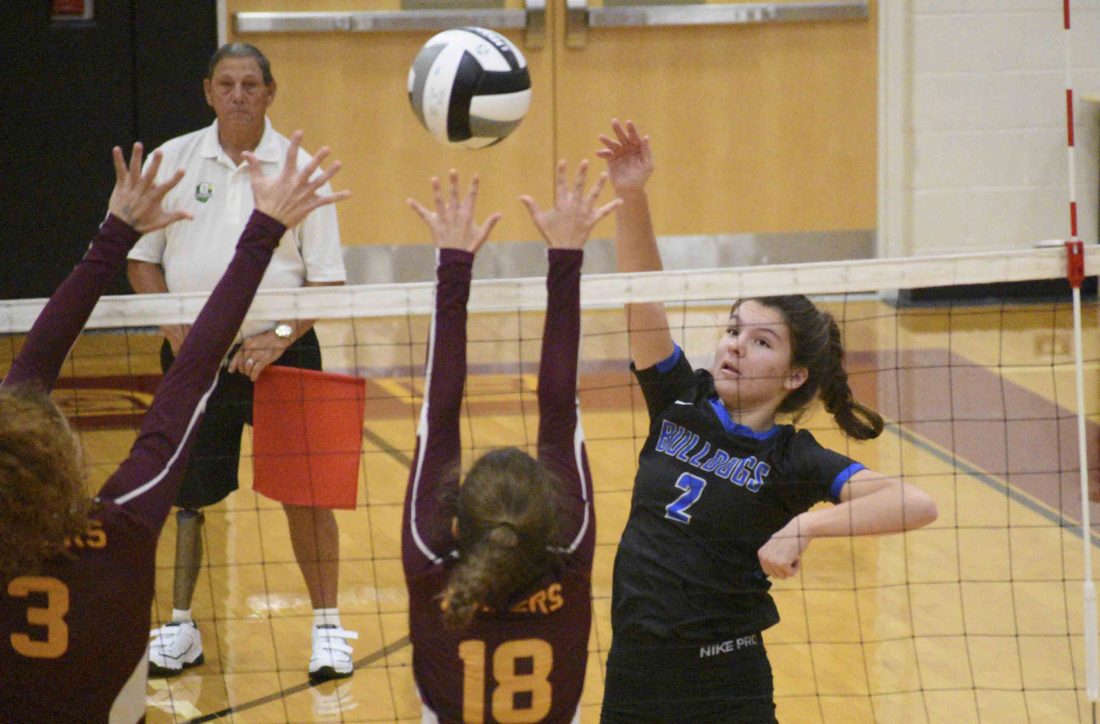 Anna Primavera had a strong offensive performance leading the team in kills with 14. Abby George added nine. Emily Irons was the leading helper with 31 assists. Reagan Irons was a defensive stalwart with 27 digs.

Heading into the fourth set, Guthrie wanted to get back to basics.

“I told them that we need to focus on our volleyball,” Guthrie said. “We don’t do well when we play like a rollercoaster. We play well when we’re consistent, we’re even-keel with each other and everyone does their job.”

It worked as the Bulldogs claimed the set and the match, winning 25-22.

The strong attack from the Bulldogs (8-3) was led by Tara Lytle who had 15 kills. Lexi Inman had a strong performance as well with 23 assists. The defense was led by Kayla Beil who had 24 digs and Biana Naples added four blocks.

With tournament time coming up and both teams having strong seasons, Komara wants her team to keep progressing the way its has been throughout the year.

“I think we just have to keep going with what we’re doing,” Komara said. “We just have to keep progressing on stopping our mental mistakes, keeping our effort up, staying together as a team. If we keep trending the way we’re going, we’ll be just fine.”

Guthrie sees one major issue to improve on before the postseason begins, which is an issue that has bothered the team all season.

“We need to focus on our first-ball contact,” Guthrie said. “We focus on that a lot, but we’re not 100 percent consistent with it yet. We have a really strong offense. So if we get our first ball contact better, we’re pretty unstoppable.”

South Range (9-5) looks to recover against Cardinal Mooney, a team it beat 3-1 earlier in the year. Komara isn’t looking at this rematch against the Cardinals lightly however.

“We took them the first time but we can’t take anybody lightly,” Komara said. “We have to go tough and play our game and just stay aggressive and be on the attack the whole time.”

The Bulldogs hit the road when they travel up to Ashtabula County for their next league matchup against Jefferson. Before that is a tournament Saturday in Perry. 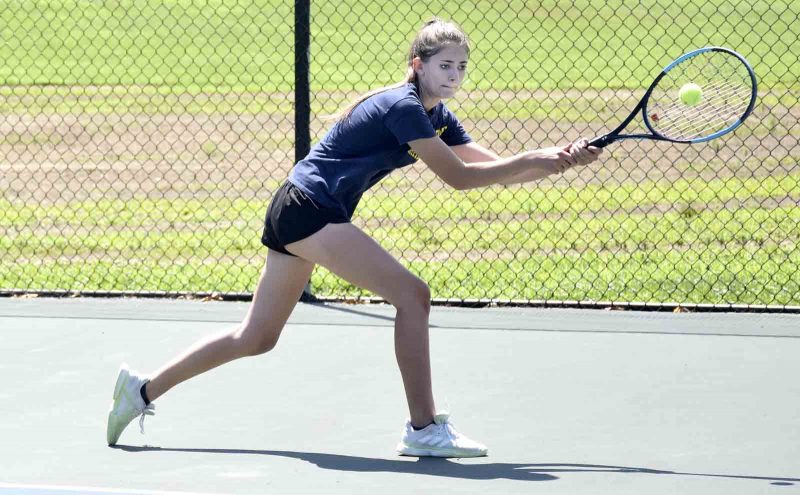 How does sport of cross country stay on course?

Mark Lipinsky is the chief executive officer and race director of the Youngstown Marathon, and he coordinated the ...