Doing it with defense 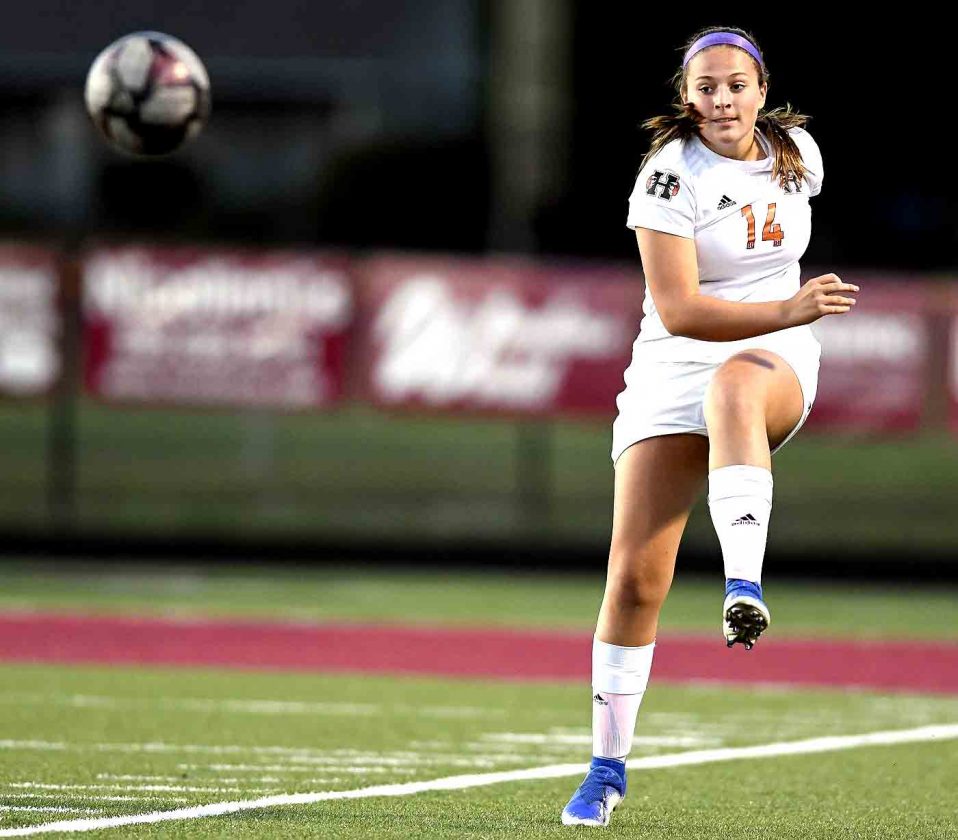 BOARDMAN — Both the Spartans and Tigers have been two of the Mahoning Valley’s elite teams so far this fall, and last night’s defensive duel between Boardman and Howland proved just that.

The end result was a 0-0 draw at Boardman High School, which left both teams feeling like they had their opportunities, but didn’t score.

“Both teams battled hard,” Howland coach Dan Daniluk said “Both defenses held up well all night long. You know, you’re always looking for one team to make a mistake, and capitalize on it.

“Neither defense made a mistake tonight, so it was a traditional 0-0 in a soccer battle.”

The Tigers (5-1-2) had more than their fair share of chances to score in the first half, but the Spartans seemingly thwarted every opportunity Howland had. The second half was more of an even battle between the two teams, but neither team could find the net at the right time. 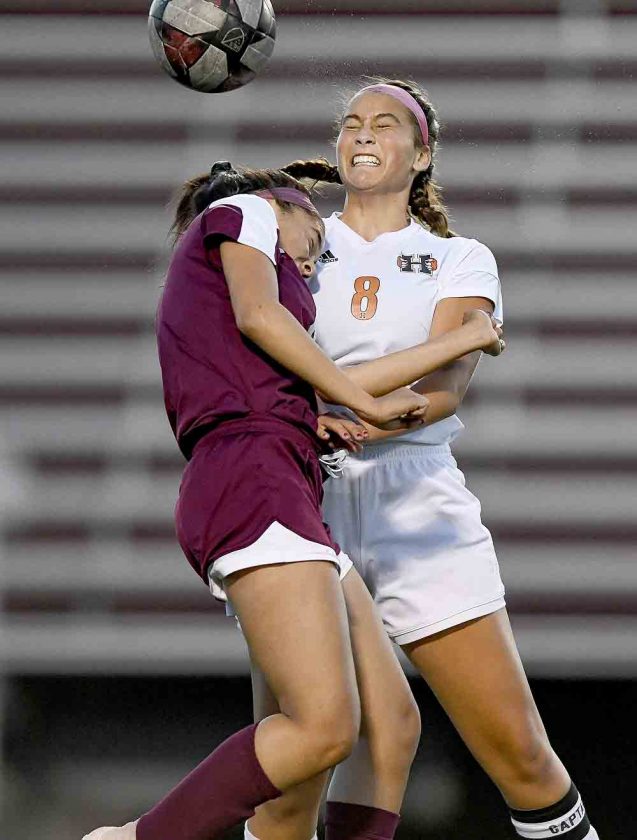 Correspondent photo / Robert Hayes Kathryn Taghaboni (left) of Boardman and Olivia Myers of Howland (right) fight for a header late in the first half at Boardman High School.

Boardman coach Mark D’Eramo knew his team was in for a fight.

“It was a pretty even matchup,” D’Eramo said. “I think that we definitely had some opportunities that we didn’t take advantage of, but I’m proud of our performance. We stayed solid in the back. We had multiple players playing in the defense that aren’t typically defenders. And, they were rock solid at the back, so I’m very proud of them. We’ll get goals. I’m not too worried about it. It’s one game.”

Serene Khatib recorded eight saves for the Spartans, while Elizabeth Rusnak and Gillian McMurray combined for five for Howland.

“Sometimes you catch the right bounce. Sometimes you don’t, and tonight we just weren’t getting the bounce we needed to get through there.” Daniluk said.

Shayne Harris led the way for Boardman (4-1-1) with a team high two shots on goal. 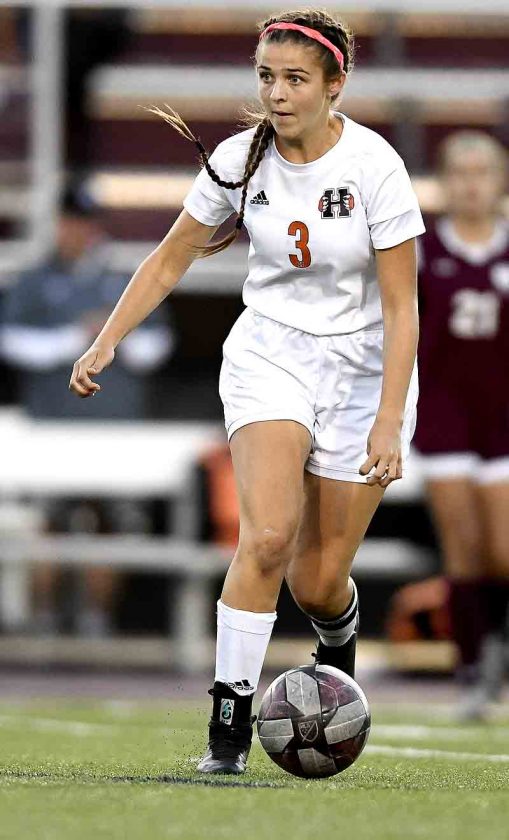 Correspondent photo / Robert Hayes Ashley Chambers of Howland drives down the field with the ball early in the first half against Boardman.

Olivia Myers and Gianna Merlo each had two shots on goal for Howland.

For D’Eramo, it was all about the game plan.

“We knew they (Howland) were going to be dominant on one side,” he said. “They attack speed on one side, and strength the other side. So, we had full backs prepared for each of those. Our center backs, Hope Burford and Lily Essad, were rock solid. I trust those two with my life, so I know they’d be very solid in the back.”

Daniluk wants to take it one step at a time going forward.

“Tomorrow is a new day,” he said. “So, we’ll go back to work tomorrow and get ready for our game on Wednesday. But, just every day just wake up, grind a little bit more and try to get a little better.”

“If anything, we really proved that we can shutdown an elite attack,” he said. “They had chances, but I was super confident in our defense the entire game. We just got to play. The ball a little quicker and goals will come.”