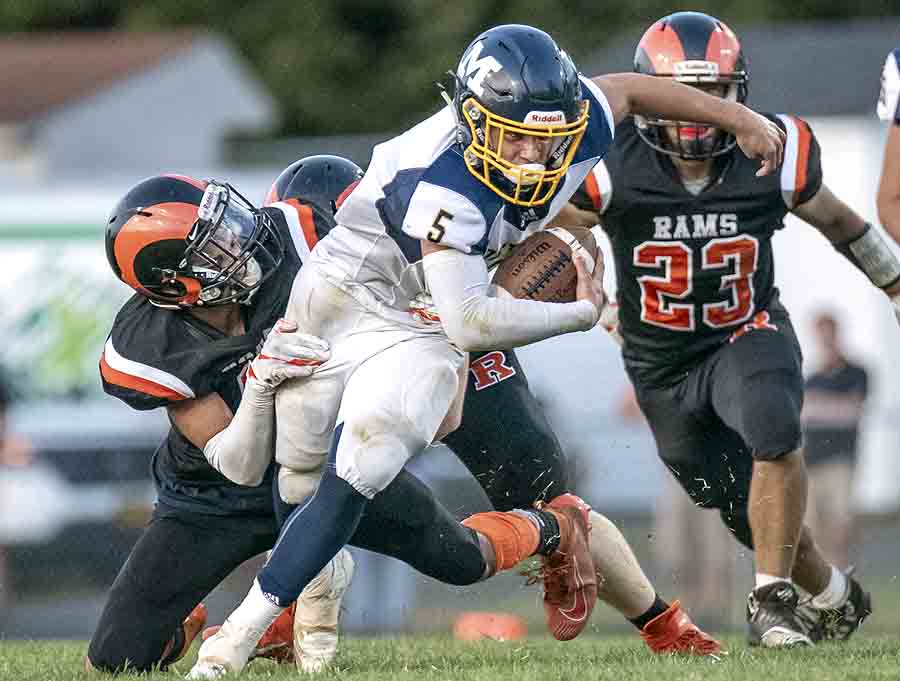 MINERAL RIDGE — For a short time Friday, it appeared as though Mineral Ridge was poised to fully establish itself as a power to be reckoned with in the Mahoning Valley Athletic Conference.

Midway through the second quarter of their game against McDonald, the Rams took a seven-point lead on a Shakir Perkins 5-yard run. The home crowd at E.Z. Whittaker Stadium was abuzz, sensing a possible turning of the tide in the backyard rivalry recently dominated by the Blue Devils.

However, McDonald quickly showed that it isn’t ready to give up its reigning MVAC title without a fight. The Blue Devils responded by scoring four unanswered touchdowns in a convincing 28-7 win over the Rams. 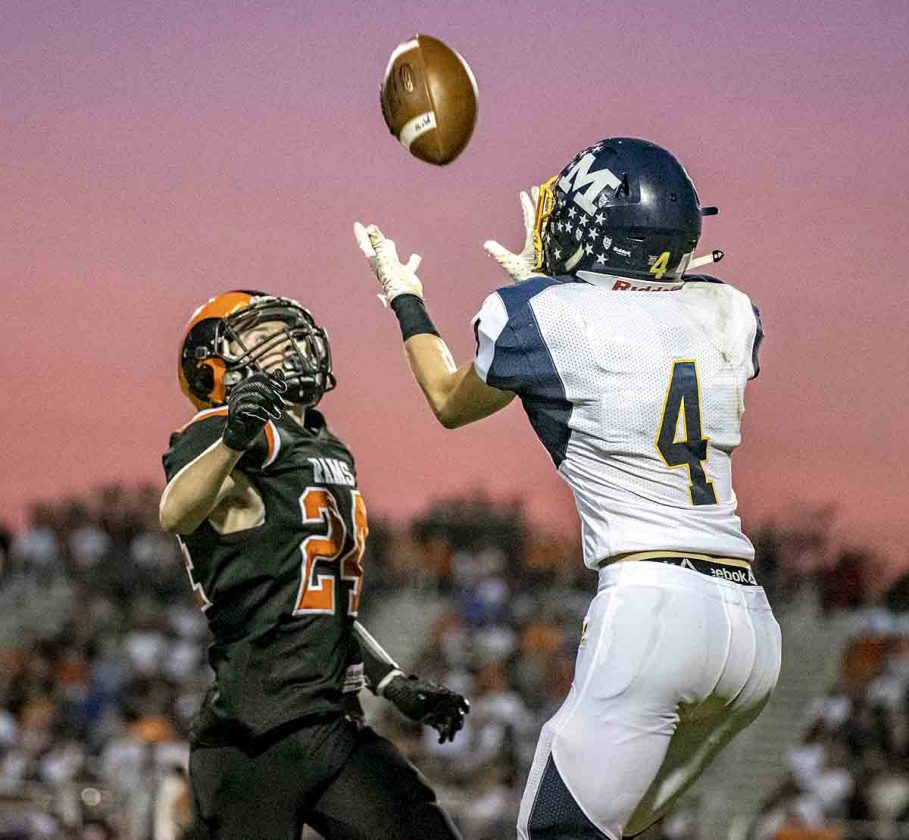 “McDonald knows how to win, they have an established program and they have tradition,” Mineral Ridge coach Brian Shaner said afterward. “They have built something special. They are where we want to get to.

Immediately after Mineral Ridge scored the first points of the night, McDonald junior quarterback Dominic Schadl took things into his own hands and took full control of the contest.

On the ensuing possession, Schadl completed a 31-yard pass to Tanner Kilbourne and a 10-yard strike to Cameron Tucker to quickly put McDonald in the red zone. From there, Schadl rushed in from 2 yards out to tie the game at 7-7.

The Rams’ next possession ended with a Logan Hawk interception at the McDonald 30 with just 57 seconds remaining before halftime. It appeared as though McDonald was willing to run out the first-half clock, but on a third-and-five Schadl shook off a couple of attempted tackles and raced 56 yards down the sidelines to the Ridge 2-yard-line. From there, Shadl scored to give McDonald a 14-7 lead with just 13 seconds left in the second quarter. 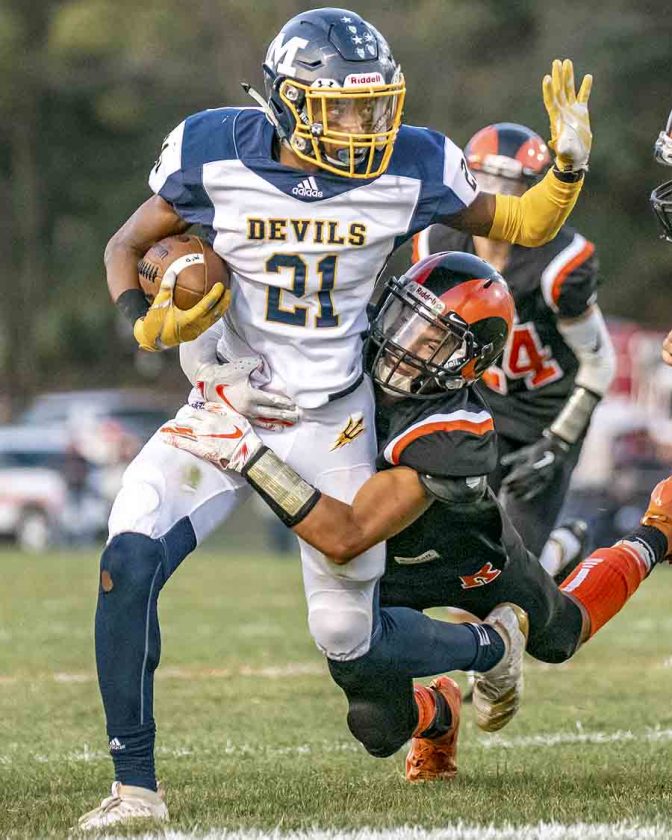 “I missed one of my receivers right before that play, and I felt like I had to make it up to my teammates,” Schadl said. “We were looking to just run and stay inbounds and run out the clock but I got a couple of blocks, things opened up and I knew I had to make something happen.”

Shadl added a 21-yard touchdown run on the Blue Devils’ first possession of the second half. He scored his fourth touchdown of the night midway through the third quarter after McDonald blocked a punt to gain possession at the Mineral Ridge one-yard-line.

Shadl finished the night with 187 rushing yards on 21 carries. He completed six of nine passes for 54 yards.

Tucker rushed for 23 yards and pulled in three receptions.

Mineral Ridge was completely shut down in the second half thanks in large part to a swarming McDonald defense which recorded five sacks.

“Our down linemen and our linebackers did a tremendous job of applying pressure, and it really set the tone especially in that second half,” McDonald coach Dan Williams said. “We gained a ton of momentum right before half with that big run and touchdown by Dom (Schadl). We needed a spark and we got it. Going into the locker room up by seven was huge.”

“This is a really young team in terms of varsity experience,” Williams said. “They never quit when they were 0-2, they never stopped wanting to learn and wanting to get better. They grew up quite a bit over the past two weeks, and they still have a lot of growing to do. But it’s nice to have the momentum of these two wins.”

McDonald hopes to win its third straight next Friday when it hosts Western Reserve. Mineral Ridge will attempt to rebound when it hosts Jackson-Milton.