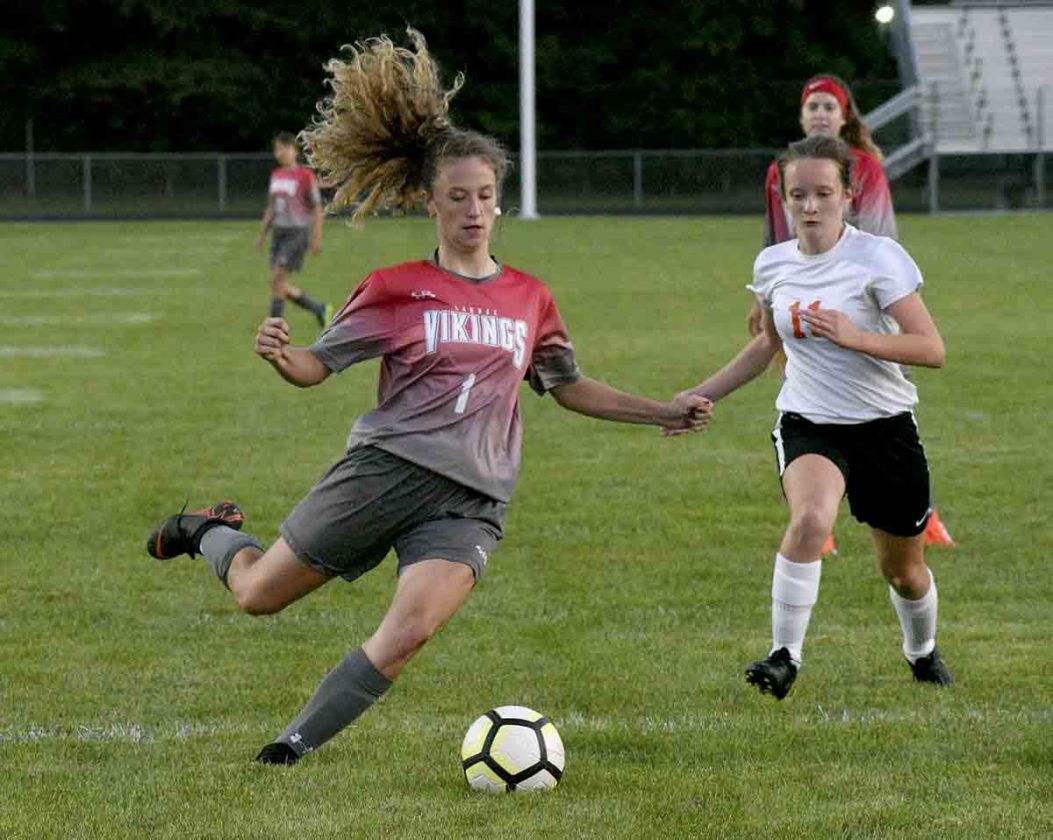 Tribune Chronicle / Brian Yauger Kylie Thornton, center, passes the ball to a teammate during the Vikings’ 10-0 victory over Newton Falls on Friday.

LEAVITTSBURG — LaBrae started hot with two goals in the first 5 minutes and didn’t let up the pressure in a 10-0 season opening victory over Newton Falls.

Vikings coach Diane Downey knows the team hasn’t gelled yet and can only get better.

“I was very pleased with my team,” Downey said. “We haven’t quite meshed yet as a team. We have some new players, but we did a lot of good things.”

One of those new players is freshman Laura McCoy. In her varsity debut, McCoy shined, scoring a hat trick, with each of her goals coming in the first half.

“She’s a freshman starter that can score goals for me,” Downey said. “Laura did a really nice job today.” 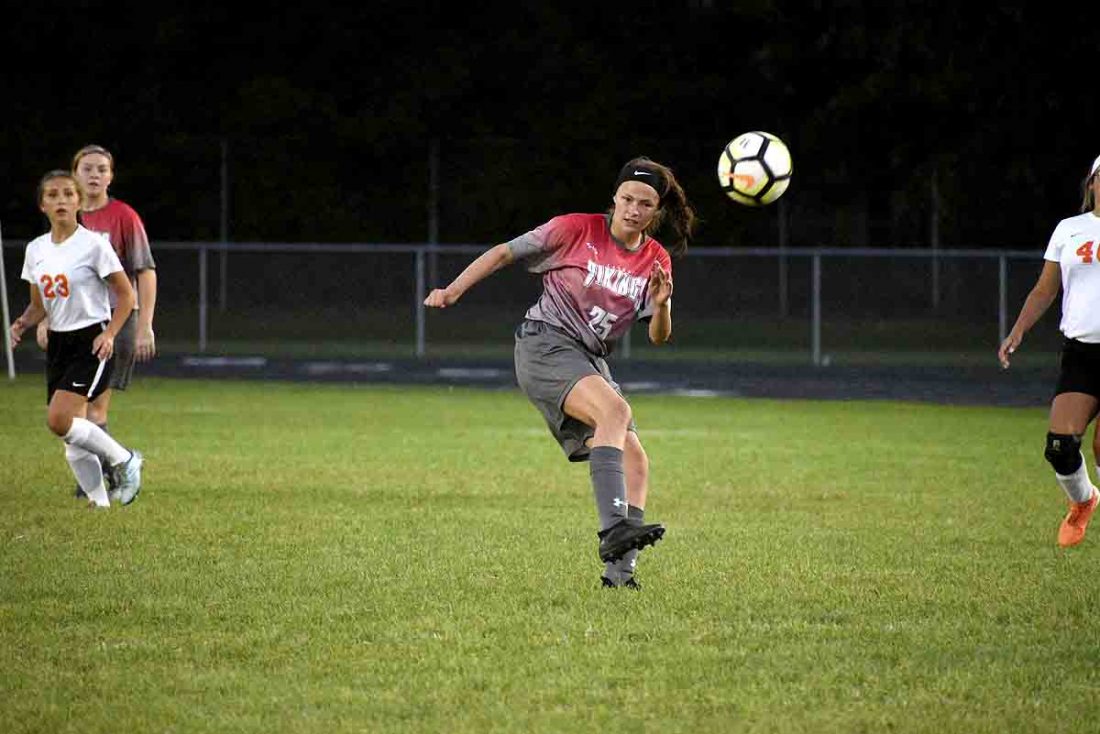 Tribune Chronicle / Brian Yauger Kylie Thornton, center, passes the ball to a teammate during the Vikings’ 10-0 victory over Newton Falls on Friday.

It wasn’t just McCoy who hit the back of the net. Aryana Hartman also scored twice. Ava English, Paige Wilson, Emma Jones and Kylie Thornton each scored once. Briley Daniels, who also scored once, peppered the goal all night, with six shots on goal, not counting the countless others that went just wide.

Despite the huge win, Downey knows the team still has a lot to improve on going forward.

“We still have a lot of work to do,” Downey said. “I know Newton Falls is low on numbers and is young, so that was an advantage for us, but I have a big group of juniors that are really showing through. I also have a good senior leadership group.”

The Vikings aim to improve on a 7-8-2 year where they fell to Grand Valley in a sectional final. Beating Newton Falls is a great start.

After some offseason training, the Vikings’ 2019 campaign looks to be improved on the 2018 year. From watching last year’s Vikings to this year’s, Downey can see a real difference in the team. There seems to be a stronger bond, and their athleticism has improved as well.

“We’ve definitely worked on fitness more and more,” Downey said. “Without a doubt we’ve had some challenges to get fitness going better. I think that has helped a lot with them.”

Newton Falls (0-2) has historically been a team that has given LaBrae a hard time, so it made the win even sweeter.

“It feels very good to beat them,” Downey said. “They’ve always been a good team that’s put up a good challenge against us, so it was nice to get a win, especially for our home opener.”

The Tigers look to recover against Garrettsville Garfield, while LaBrae (1-0) stays home to take on rival Champion.

“Champion is always tough no matter what,” Downey said. “I know they’ve lost some players, but they’ll still be a very difficult game for us. We’re going to work hard and see if we can give them a challenge this year.”

Niles closes with pair of victories