Mineral Ridge tees off with confidence in ’19 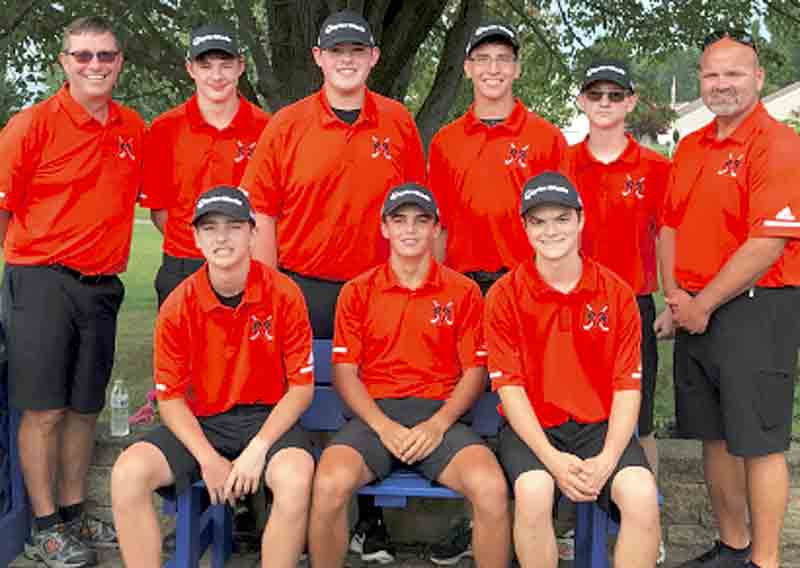 Add up the scores and see the perpetual drops, especially compared to last season.

This time last year, the Rams were shooting a 381. This year, as the high school season got started last week, Ridge posted a 369 at the Southeast Invitational at Olde Dutch Mill.

Then, on Wednesday, it was Mineral Ridge carding a 335 for a win at the school’s own William Moransky Invitational at Salem Hills Golf Club. The Rams beat defending champion Columbiana by 18 strokes.

Junior Anthony Ragazzine had an 84, while senior Antonio LaMonica put in an 89 and senior Dylan Mazzupappa scored a 90.

The Rams top four, though, is led by junior Jake Sylak, who had a 72 and was the medalist on Wednesday.

He’s scrambled to be in about every tournament around the country he could enter during the offseason, knowing his high school career has teed off on the back nine.

The ball striking and distances have improved. A shot in the rough or the sand is no problem for Sylak. It doesn’t faze him.

“They see how much time he puts in,” Mineral Ridge coach Shawn Brown said. “Jake is going to be Jake. What are you guys going to do to help him. It’s going to pay off today.”

Heading to state is the end game for Sylak after making district the past two seasons. He’s trying to get himself noticed by bigger colleges and heading to the Division III state tournament in Columbus is what he needs to help him.

Getting past the Division III sectional at Riverview and district at Tannenhauf in Alliance are his goals. He shot a 73 at Tannenhauf earlier this summer. The course plays into his game, as he can drive far in the fairways.

The Division III sectional has been dominated by Brookfield the last couple of years. The Rams hope they can throw their name in as a district qualifier this season.

The rest of the Rams, who are all returning this season, seem to have adopted Sylak’s state of mind.

“Jake’s confidence has gone down to them and they’re starting to believe,” Brown said.

Sylak has full faith in his teammates. It’s not just Sylak and some other golfer. It is the Mineral Ridge golf team, one that will be hard to beat on most courses this season.

“Our team’s good,” Sylak said. “To get out, do what we did today and play our best golf is great. I’m really excited for the rest of the season.”