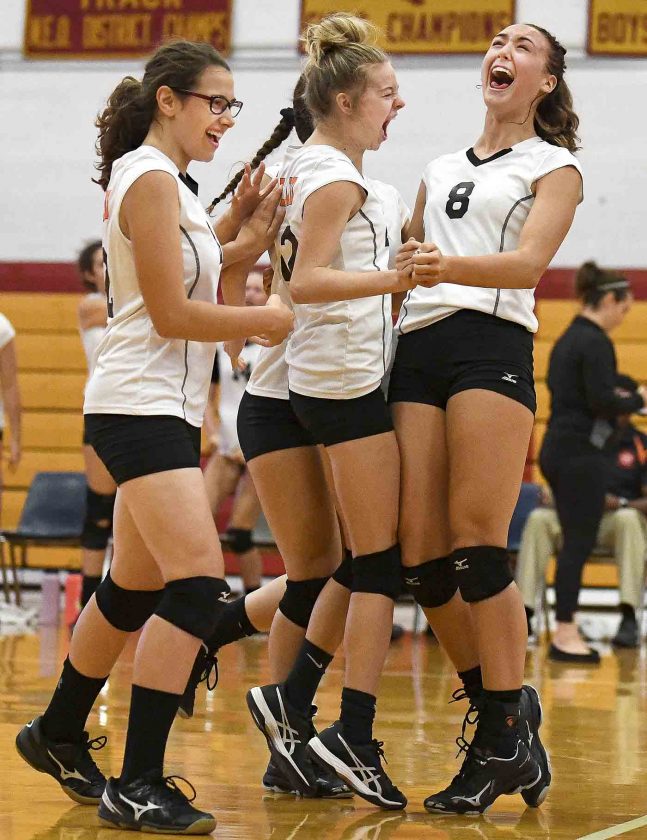 Tribune Chronicle / Robert Hayes Kathryn Summerfield of Howland watch a ball fly over the next during a volley.

YOUNGSTOWN — Thursday night’s volleyball match against the Cardinal Mooney Cardinals, was one that the Howland Tigers had on their radar for a long time.

“We wanted to win based on that we lost to them in five close sets last year, so they’ve been an asterisk on our schedule,” Tigers coach Amanda Florek said. “We wanted a big win this year.”

Howland (2-0) may have swept the Cardinals by a score of three sets to none, but that’s not to say that the match didn’t feel like a heavyweight boxing match at times.

The first set was a back-and-forth battle that saw great offensive plays from both teams. Howland won that set by a score of 26-24, then dominated the second set by a score of 25-14. Mooney battled back early in the third set and held a 9-7 lead to force a Howland timeout.

It was a decisive duel late in the third set, when both teams had to battle over the set point. The Tigers eventually pulled out a 28-26 victory in the third set to complete the sweep. 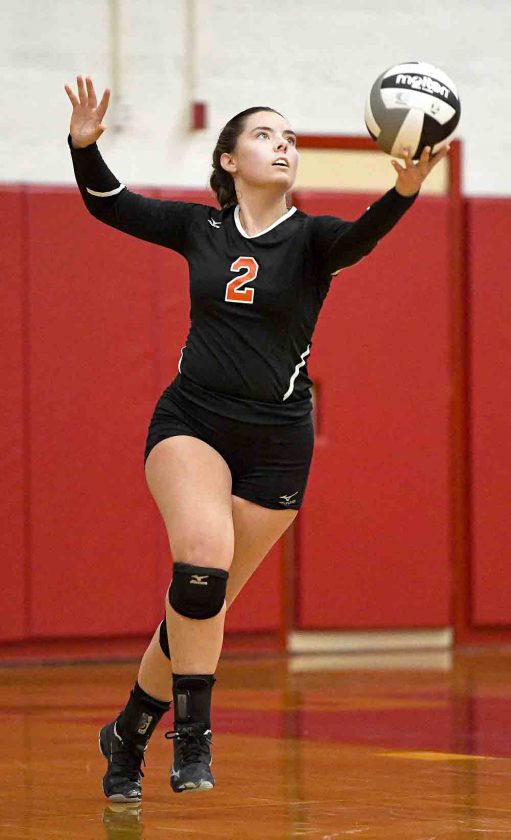 “I think they really started pulling together, battling. I think we worked on a lot of the close points and match situations in practice and finally put it together,” Florek said.

“We couldn’t run an offense. We ran an offense, we played with them, we just could not put a ball down,” he said. “I mean, offensively our hitters, we were hitting the ball out of bounds, hitting the ball into the net, or we’re pushing deep. You’re not going to beat anybody doing that.”

Beasom, a junior, was excited after the victory. 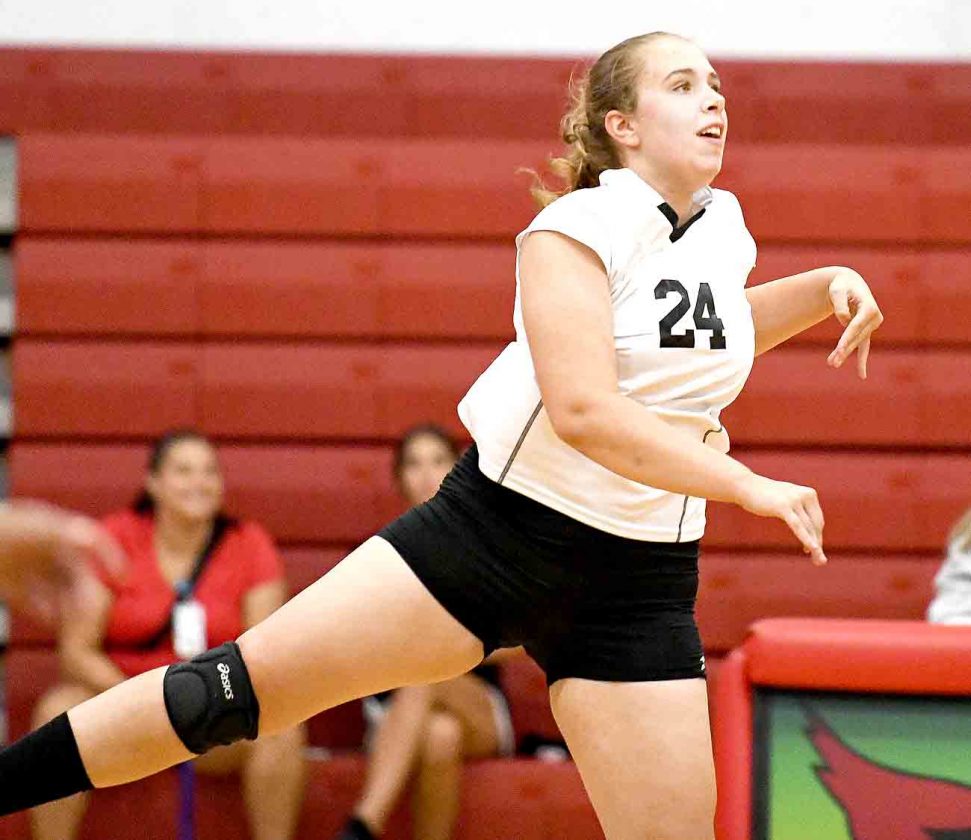 Tribune Chronicle / Robert Hayes Kathryn Summerfield of Howland watch a ball fly over the next during a volley.

“It’s a great feeling,” she said. “We all work together really hard and we pulled it off.”

Beasom was focused on playing solid defense throughout the match.

“I really got my head in the game this time, and just kept thinking, don’t let the ball hit the floor at all, just do everything you can to not let it hit the floor.”

She said she appreciated the high-intensity battle during the latter part of the third set.

“I think it makes it more fun when you have that competition, and it just makes it more intense and more of a happy victory once you get that victory,” she said.

Summerfield, a senior, was also pleased with how her team has started the season.

“It feels great, especially since it’s my senior year,” she said.

The Cardinals (0-2) may have started the season on a sour note, but Gorvet said there isn’t time to dwell on the loss.

“We gotta go back at it, we have a brutal schedule,” he said. “Howland always has a good program, we don’t have a weak schedule. We’re an independent, we don’t play in a league, and the biggest thing we’ve got to do is play the strongest schedule we possibly can to get ready for the tournament,” Gorvet said.

On the flip side of the coin, Howland has started off its season well and Florek is happy with the way her team is playing.

“To start off our season 2-0 is always a major positive, it’s something going forward that we’re going to continue to build on.” 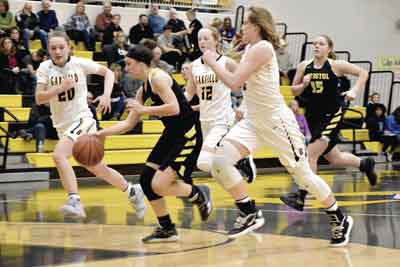