Busy Drapola came back to softball as her favorite sport 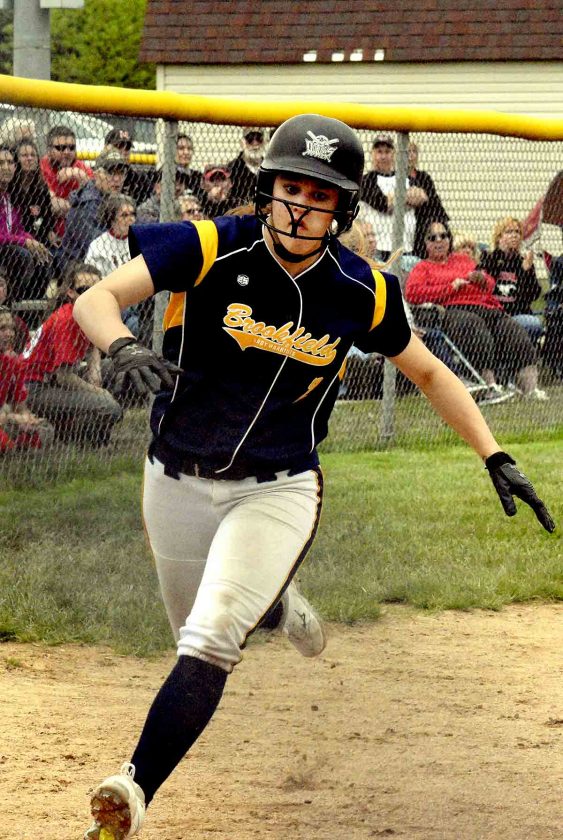 Bailey Drapola felt a twinge in her back as she exited the floor one night late in February.

Her Brookfield High School girls basketball team had just been eliminated by Western Reserve in a Division IV district semifinal.

Drapola, a 5-foot-10 forward, had strained back muscles on her right side. She was unable to bend, and if she bent the wrong way it could put out her pelvis and lead to another two to three weeks of inactivity. She was restricted from lifting, sports and social visits with friends.

Drapola underwent physical therapy for two weeks, nothing strenuous for a month. 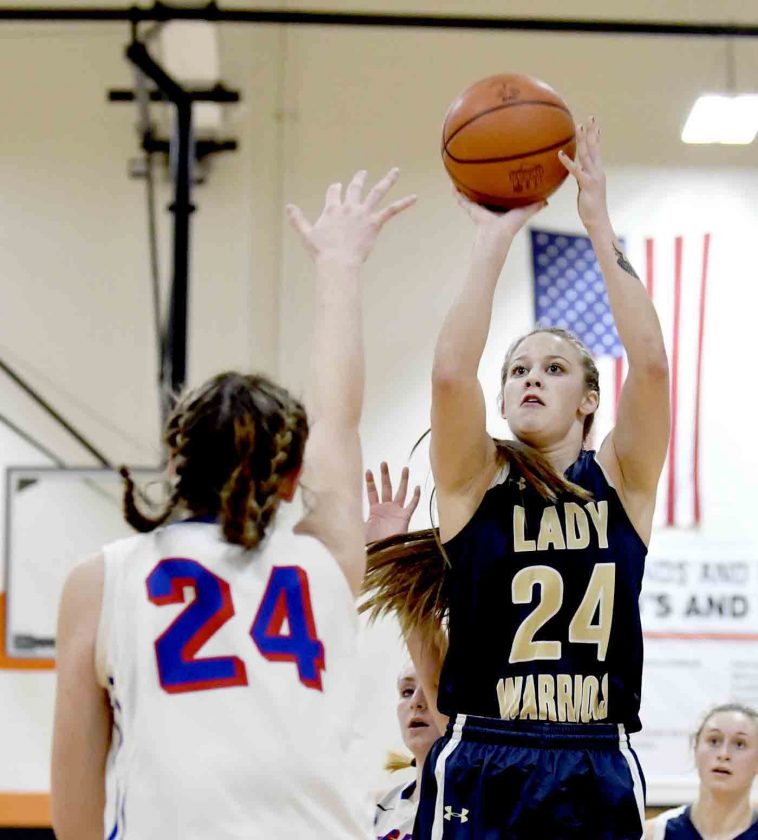 Tribune Chronicle file photo Bailey Drapola puts up a shot for Brookfield during a game this past season.

She played in a basketball all-star game her last week of recovery to the chagrin of her physical therapist, who told the Brookfield senior a wrong move could cost her another month in the twilight of her senior season.

That was one of the rare rest periods in an outstanding high school career for Drapola, who is this year’s Tribune Chronicle Female Athlete of the Year.

She was chosen over Champion’s Abby White in a vote by the Tribune Chronicle sports staff. Others in the running were Dayshanette Harris of Ursuline, Carlie Pratt of Mathews and Conchetta Rinaldi of Cardinal Mooney.

Drapola hit .783 with 11 home runs and 35 RBIs with a .836 on-base percentage and 1.673 slugging percentage in softball. She also made the Division III state track and field meet this spring in the long jump.

“It was hard, but at the same time setbacks make you come back better,” Drapola said. “I think I needed it because I’m so used to going and going. I think it was a good break.

“It sucks that I missed a lot of softball and track practices. I’m proud of myself for coming back and going to state for track, and doing my best in softball.”

The Warriors shortstop is heading to the University of Akron to play softball. She’ll major in nursing and loves the atmosphere around the close-knit campus.

“It’s like home to me, that’s why I chose Akron,” Drapola said.

She was being looked at by schools like Ohio State, Northwestern and others of that ilk after her freshman year at Brookfield. Recruiters followed her travel league team and watched her progress there.

The ping of the bat and the yellow softball smacking a leather glove started to wear on her. She stopped playing travel softball after her sophomore year of high school.

Basketball became her dominant sport as she got serious looks from Florida Gulf Coast University. Drapola put together back-to-back 20-point average seasons and started to dominate around the backboard.

She played on the AAU circuit, but wondered if basketball was the right fit. Something was gnawing at her athletic soul. That’s when she played fall softball to begin her senior year.

“I was in an AAU (basketball) league, but I stopped playing after one tournament,” Drapola said. “This isn’t for me anymore. I thought it could’ve been something I wanted to do after high school, but I love softball. I’ve been playing softball since I was 7. It comes really natural for me. I have a good time playing softball.

“I enjoyed basketball throughout my high school years, but it came down to what I wanted to do after high school. I chose softball.”

It’s a choice the University of Akron is going to take pleasure in the next four years.

Brookfield girls basketball coach Ken Forsythe, who was Drapola’s softball coach for her first three years, said her determination doesn’t allow her to lose or get beat out for a position. He sees Drapola as a starter her freshman year.

“Softball comes the most natural to her,” Forsythe said. “I think she has the instincts and the ‘it’ factor every coach wants in a player to go along with that. I think she has all that.

“I think Akron is getting a special player they might not have gotten if she didn’t want to try the basketball route for a year.”

After softball was over this year, her attention turned to track and field.

Drapola’s long jump coach, Adam Hughes, saw her jump well at a meet at East Palestine. She had improved since her sophomore season.

“Around districts she had a bad day, but was getting better in practices,” Hughes said. “I heard that she could do it. She finally did it at regionals. Had a pretty good jump.

“We couldn’t get her on the board at state.”

Drapola loved this time. It was her, a runway, a jumping board and a sandy pit; no teammates, just her natural abilities.

“I had a great experience at state. It didn’t end how I wanted it, but you can only do so much with the amount of practice I had and the injury I went through.”

She played volleyball in the fall, but wanted to try another sport her sophomore season. Drapola wanted to play soccer, but it didn’t mesh with her softball schedule.

“My parents always told me you don’t want to overdo yourself,” she said. “I was doing four sports while taking college classes my senior year. In the long run, it’s best I didn’t. It would’ve been a lot with basketball and softball.

“I still wish I would’ve got to play at least one season. I feel like I would’ve been good at it. It’s really good conditioning. That’s one sport I really wish I could’ve played.”

Drapola was a Division IV first-team, All-Ohio basketball player with Brookfield’s single-season record of 494 points and all-time record of 1,644.

“It’s going to be the Bailey Drapola-level,” Forsythe said. “You have to put the extra time in to get where she is. She set the high standard for everybody.

“I’ve got some girls right now that have bought in. I don’t see anybody in the future coming close to her numbers.”

Drapola grew up playing basketball around her older cousins, so it wouldn’t be a stretch to say she could contribute on most boys basketball teams.

“When I go out on the court, I will do whatever it takes to win,” Drapola said. “I don’t care if I have to score 40, 15, get all the boards. I want to put my team in the best position to win. I’m a very hard loser because I try my best to get my team to win.

“Putting my heart and passion out onto the court is what I’m really known for.”

That’s the effort she gives in whatever sport she plays.