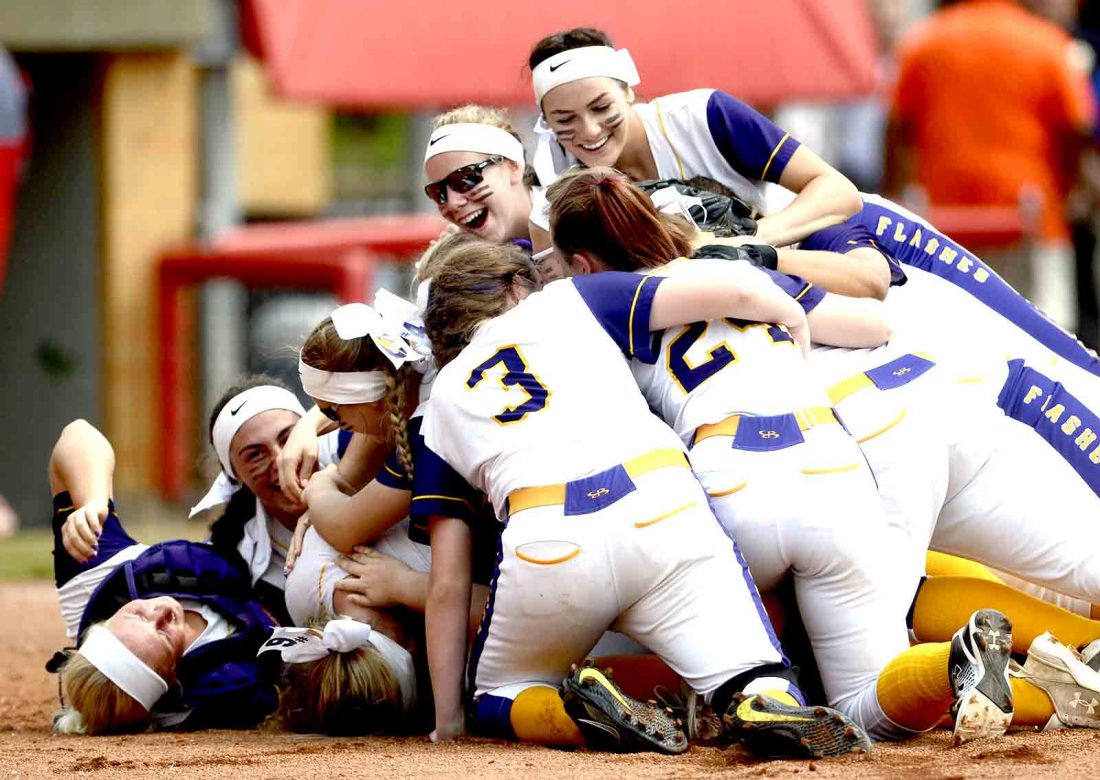 Champion Flashes softball team pile onto each other at the pitchers mound after defeating Cardington-Lincoln to win the Div. III State Championship Sat. morning at Firestone stadium...by R. Michael Semple

AKRON — Only two schools in Ohio have won as many as nine softball state titles.

On Saturday, the Champion Golden Flashes added their name to the top of the list with a 5-0 victory over Cardington-Lincoln in the Division III state championship game at Firestone Stadium.

Champion now has won three titles in a row, four in the last five years and six since 2011. Added to those are state titles in 1978 (the first year Ohio had a state tournament for softball), 1980 and 1994. The last six all have been with Cheryl Weaver as coach.

“Cardington-Lincoln’s a tough team, and we knew it was going to be a battle,” Weaver said about the Flashes’ opponent in the state final for the second straight year. “It was funny, they played our song in between innings and everybody was saying the next ending was ours, and these girls did it. I’m so proud of them.” 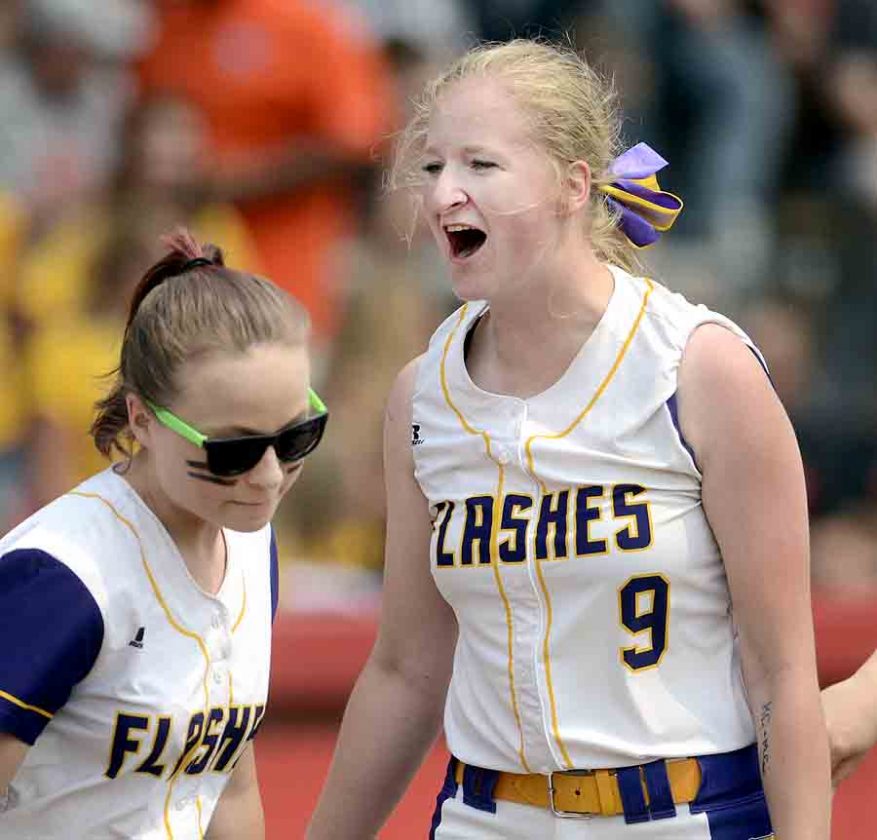 Champion Flashes #9 Cassidy Shaffer, right, rallys her team as they take the field in the bottom of the 7th inning to win the Div. III State Championship against Cardington-Lincoln...Champion #24 Skye Kennedy-Snodgrass is on left...by R. Michael Semple

The game was locked at zero until Cassidy Shaffer ended her tournament as strongly as it started, drilling two home runs and driving in all five Champion runs in the last two innings. She now has five home run in her last four games.

Shaffer lived up to her nickname of “Cash” by turning the championship game into her own personal home run derby.

“I just can’t even put it into words, I can’t believe it,” Shaffer said. “That’s going to my hitting coach for the past nine years, Coach Dave, and all the nights I spent out at the field with my dad working until dark, and all the hours that everybody’s put into it for me.”

Shaffer is the first player in Division III history to hit multiple home runs in a state title game. Her teammates claim that they called both of her home runs.

“Brooklynn (Whitt) called the first one and I called the second one,” pitcher Allison Smith said. “After I saw that foul tip, I said ‘left center, here it goes’, and there it went.”

Smith put on a show in the pitching circle, throwing 10 strikeouts. Even though her strikeouts reached double figures, she was more focused on the team’s defense.

“It wasn’t really a big strikeout game,” Smith said. “Good hitting team. My performance was based on my defense. You have Savannah (Dodrill) laying out, you have Carli (Swipas) making a couple plays at second base. Emma (Gumont) with the catch in the last inning.

“It was just that everything all came together and worked well because our defense worked together.”

Despite her success against Cardington-Lincoln the last two years — beating the Pirates on the mound in last year’s championship game as well — Smith isn’t counting the seconds in anticipation of their next potential matchup.

“It can be someone else,” Smith said while laughing. “Playing them two times is enough.” 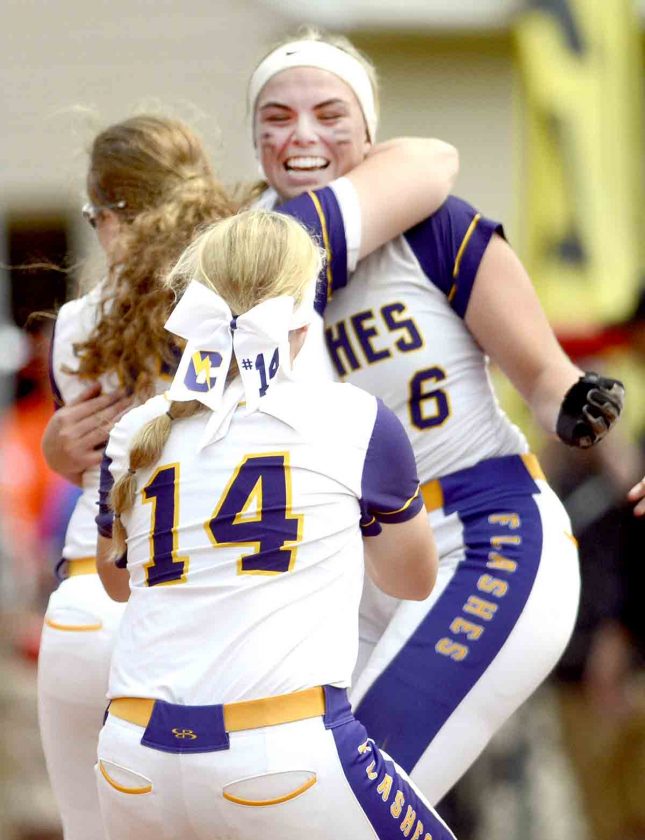 If Cardington-Lincoln coach Tod Brininger has his way however, she’s going to get one more crack at the Pirates next season.

The success of the Golden Flashes (30-2) to win three straight state titles comes down to work ethic. Weaver says her team has gone above and beyond

“To be a team like they are, that’s what everybody has to do. It really is what they have to do if they want to do this.” 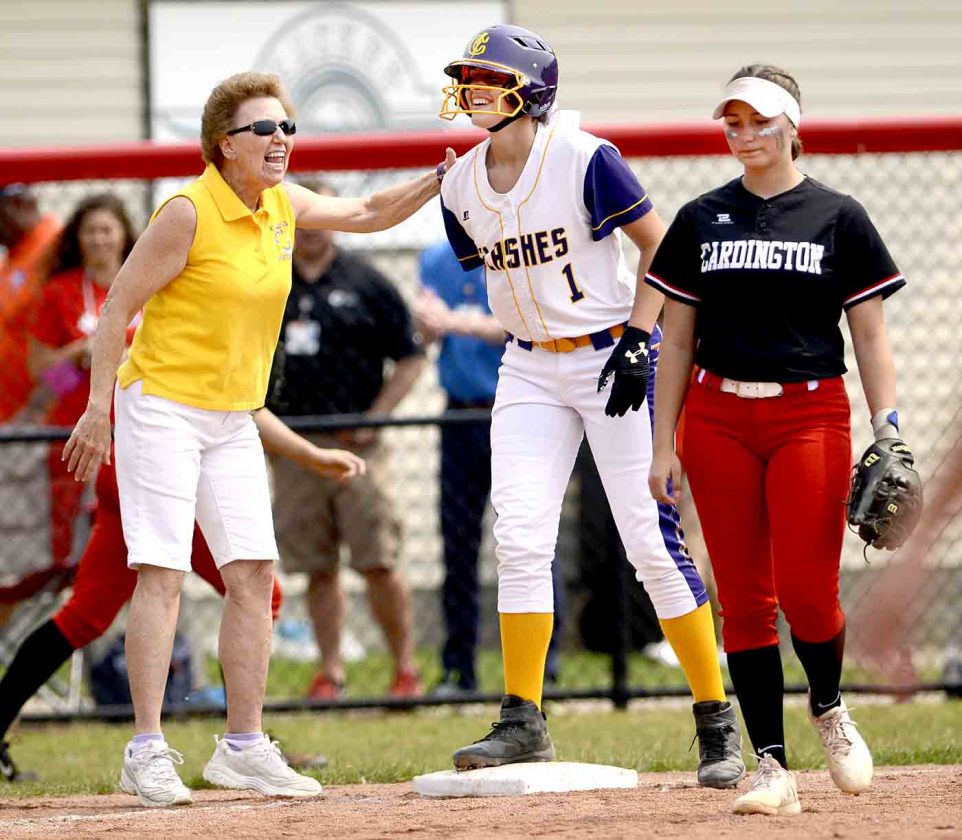 That’s something that Brininger is trying to build for his own program.

“I told somebody earlier that we want to be what Warren Champion is,” Brininger said “We want to be that team that everyone looks at and is intimidated by. I think we’re getting a reputation in our district. Teams are staying away from us and don’t want a part of us. In regionals I don’t know that anyone wants to chase us there either.

“So we’re working to get to that level. Obviously, they’ve got a tremendous tradition. We’re just starting ours and hopefully we can keep it running.”

The Flashes are losing only four players from this team. Skye Kennedy-Snodgrass, Gabby Hollenbaugh, Swipas and Abby White. After the game, the seniors were at a loss for words reminiscing on their time with Champion.

“Who can come to the state tournament three years in a row and win all three,” White said. “I don’t think anywhere else. No one else has done it. It’s just crazy even thinking that we’ve done it instead of just being proud and accomplishing it.” 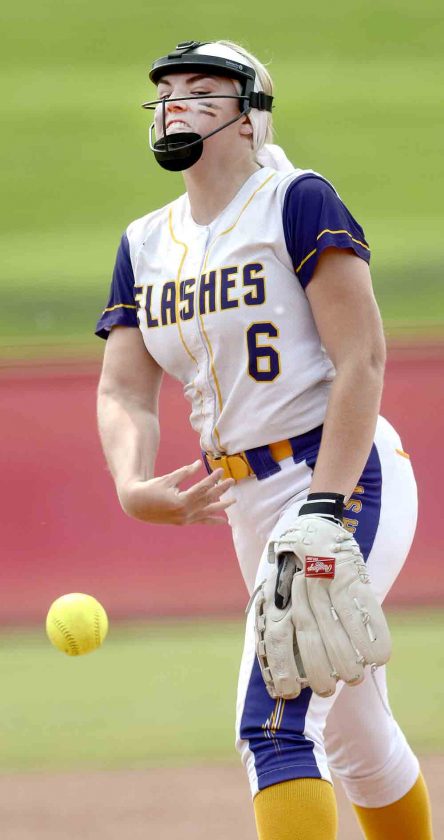 The support for the Flashes is something to behold in itself. The crowd was packed for the team, and whoever wasn’t there in the stadium, was waiting at the high school for the team to return and welcome the champions back, carrying their sixth golden trophy in a decade.

“The escort back is going to be awesome,” Smith said. 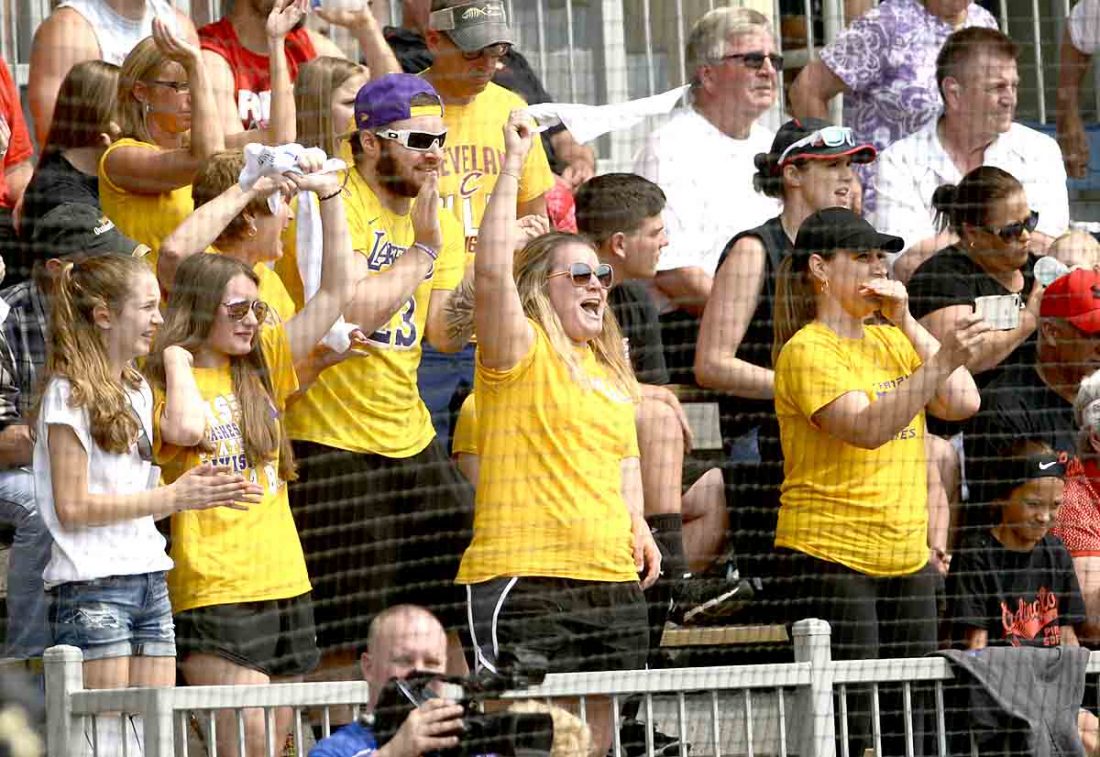