Ridge has several athletes in regional 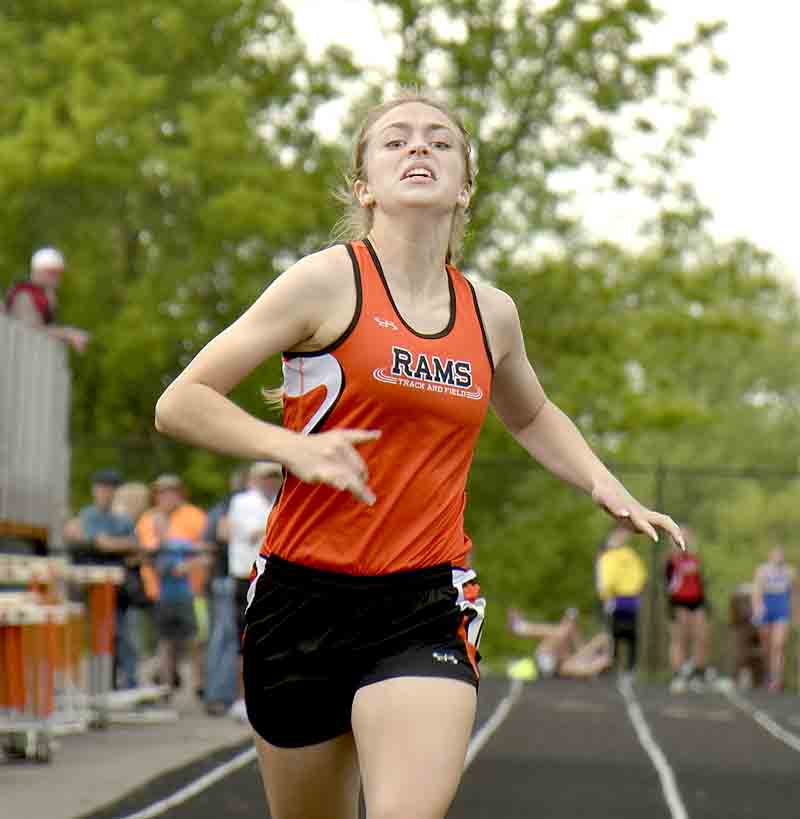 Tribune Chronicle / John Vargo Mineral Ridge’s Abbey Strohmeyer runs last week in the 400-meter dash at the Division III Springfield Distrtict. She was one of many qualifiers for this week’s Massillon Perry Regional

NEW MIDDLETOWN — The team of sophomores Pryce Allen and Katelyn Lesko, along with junior Josie Shultz and senior Kaylee Suarez went handoff by handoff, each splitting the 400-meter track at Springfield High School into quarters.

Eventually, the Mineral Ridge foursome ran more than a second faster than in the preliminaries, staying ahead of second-place Columbiana for the win in the 4×100 relay in a time of 52.07 seconds.

Sophomore Danielle Aulet ran a couple of events later and finished second in the girls 800 (2:22.50).

The top four in each event on Friday in the Division III Springfield District advanced to the regional. Three Ridge relay teams and four individuals will compete this week at Massillon Perry.

Just getting to the regional isn’t good enough for the Rams, especially with the 4×100 coming out as district champion. 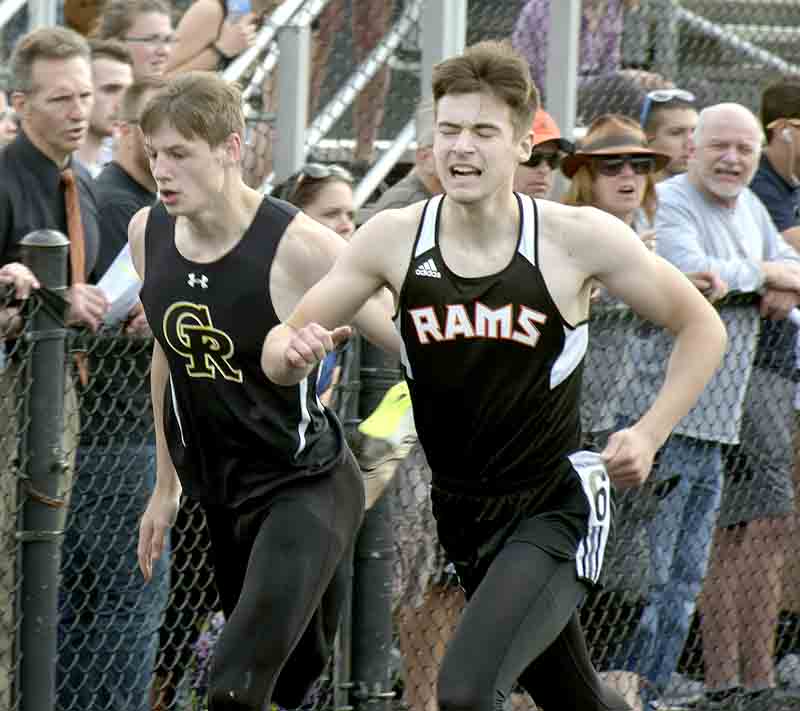 “Honestly, I don’t think we expect anything less,” Aulet said. “We have to keep going. It’s one step down, and we have regionals and state to go.”

Miller enjoys seeing so many Rams advance, but he was on a mission this season. He finished sixth in both of these events at the 2018 district meet.

“Just the fact I knew I could’ve made it to regionals, I wanted that drive to improve myself and make it there next year,” Miller said. “We have a really young team this year, and we have even more talent coming up from junior high. I think we’re going to have a successful program in the future.”

Mineral Ridge girls coach Rick Whittaker said he appreciates his team coming to practice every day with a good attitude. They fight as Whittaker and his staff get them in position to win.