McDonald up, then down in final inning of defeat 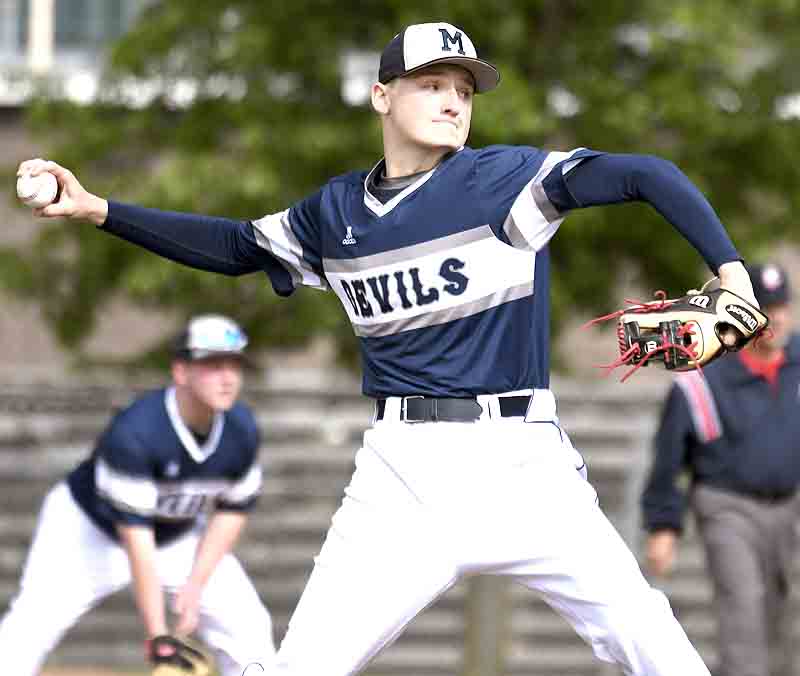 STRUTHERS — “The thrill of victory … and the agony of defeat.”

That famous quote from ABC’s Wide World of Sports could apply to Tuesday’s Division IV Struthers District semifinal between the McDonald Blue Devils and the Springfield Tigers.

You could almost say that McDonald experienced both of those emotions during a roller-coaster of a seventh inning at Cene Park where the Blue Devils lost, 6-5.

Springfield was seemingly in cruise control as it took a 3-0 lead into the top of the seventh, when the Blue Devils showed patience at the plate, strung together a few base hits and had one big hit to take the lead.

When Zach Nolf blasted a three-run double to give the Blue Devils a 5-3 lead, it seemed as if McDonald was in control, ready to feel the thrill of a potential upset victory. 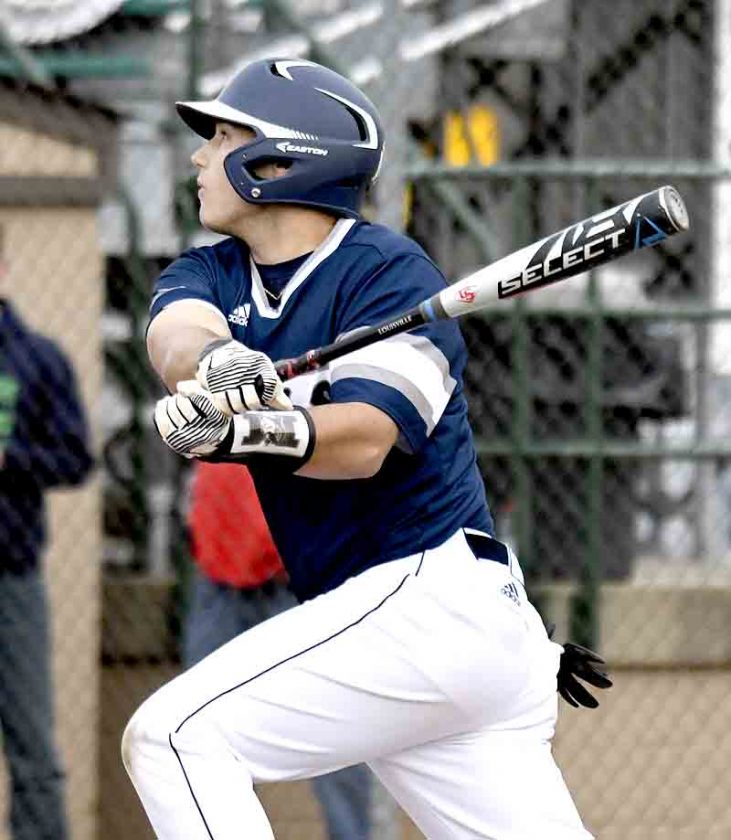 Tribune Chronicle / Robert Hayes Zach Nolf blasts a three run double, which gave the McDonald a short-lived lead in the top of the 7th inning Tuesday against Springfield.

But Springfield had something to say about that, and the Tigers came roaring back in the bottom half of the inning.

The end result was a walk-off bunt by Springfield’s Chris Thompson, as the top-seeded Tigers ended the tournament trail for the fourth-seeded Blue Devils who felt the other emotion, the agony of defeat.

Blue Devils (14-8) coach Bill Ifft said he knew Springfield was going to battle in the bottom of the seventh.

“They find ways how to do it, and how to get it done, and that’s exactly what they did,” he said “They’re very well coached.”

Besides a three-run second inning from the Tigers, it was a quiet game, as McDonald only had two hits going into the seventh. Thompson pitched a great game for a majority of the evening for Springfield, which included six punchouts, but McDonald didn’t give in easily.

Ifft was proud of the way his team fought.

“Our kids did not quit, let me tell you what, these guys have the heart of a lion. We’ll never quit, they never quit.

“They play hard, and they love the game of baseball, and I love coaching these kids, and I’m going to miss these seniors to death,” Ifft said.

Nolf led the Blue Devils offensively with a batting line of 2-for-4 with two doubles and three RBIs.

Logan Shields started for McDonald, and went six innings, only giving up two earned runs on five base hits.

Springfield (24-3) advances to play John F. Kennedy on Thursday at 5 p.m. in the district title game.