Mathews wins 1st district since coach was a freshman 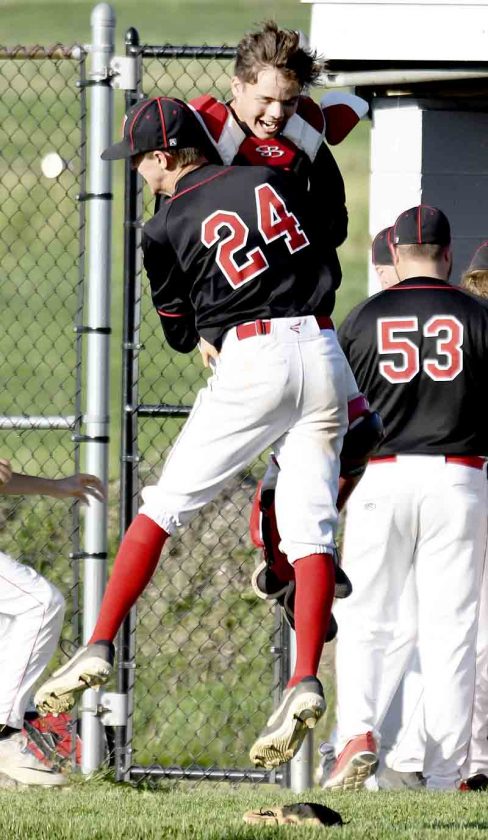 FAIRPORT HARBOR — Mathews coach Jared Terlecky was a starting third baseman during his freshman season at Mathews in 1996, the last time the Mustangs claimed a baseball district title.

For Terlecky, Thursday’s district championship victory was 23 years in the making.

“To finally get one for the guys, for them to play that way, I can’t say how proud of them I am,” Terlecky said.

The Mustangs (20-3) defeated the Bristol Panthers, 4-2, in the championsjhip game of the Division IV Fairport Harbor District.

Mathews took advantage of some Bristol mistakes early with a four-run first inning, which was highlighted by an RBI single off the bat of Adam Wibert. 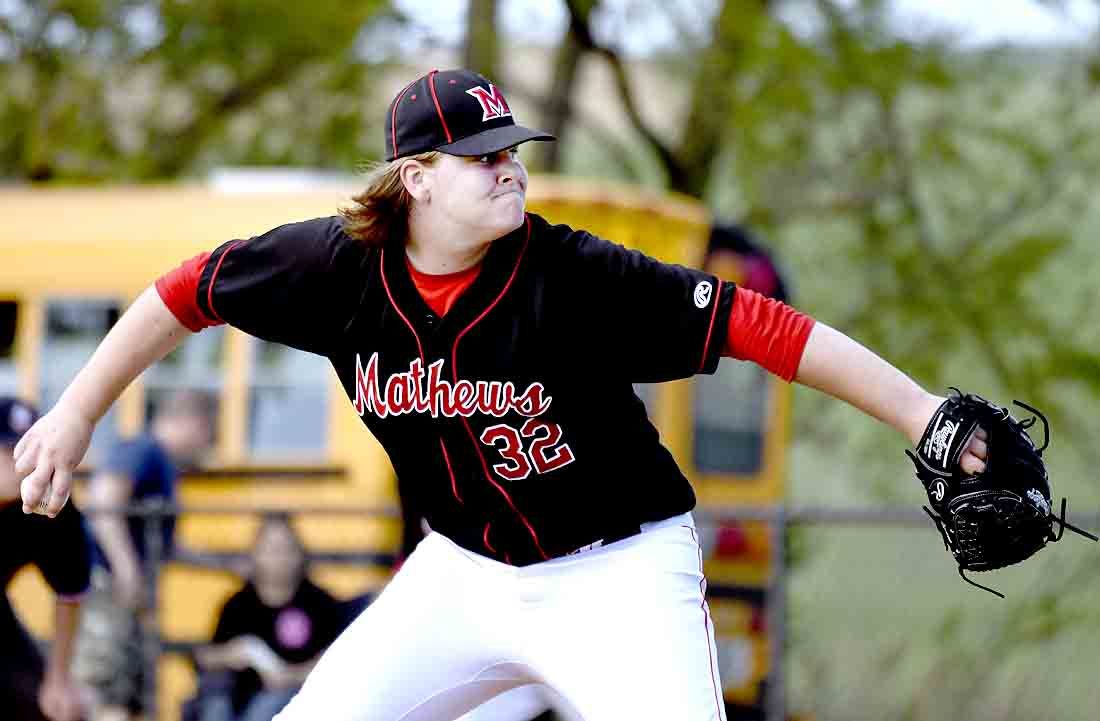 “As I told the boys all year long, it’s not a complicated game. You throw strikes, you make the routine plays, and you put the ball in play,” he said. “In the first inning, we had trouble locating, we had a couple errors, and we couldn’t get the knock that we needed.”

Bristol (17-8) came back in the third inning and scored two, thanks to a two-run single by Seth Mooney. Although Bristol had a runner on base in every inning, Thompson felt that his team just couldn’t get the big hit.

“I told these kids coming in, that when your playing in the district final, if you want to win this game, you’ve got to take it, they’re not going to give it to you.”

“You never know in a district tournament game, you never know when your moment is going to come, and for us today, the moment was in the first inning,” Terlecky said. “You’re only facing good pitchers, and a good pitcher isn’t going to have several bad innings.”

Tribune Chronicle / Robert Hayes The 2019 Mathews Mustangs pose with their Division IV Fairport Harbor trophy. This is the Mustangs first district title since 1996.

Gage Elza of Bristol did become stronger as the game went on, as the Mustangs only managed to get four more runners on base through the rest of the game.

Jackson Iceman handled Bristol’s pressure well throughout the afternoon, as he only allowed two runs in his five innings of work. Iceman’s confidence allows him to work under pressure.

“I’ve always trusted my stuff, and I’ve always been a ground ball pitcher too, and today that really helped me, because my defense was on and everything else worked.”

Zach Rhodanz came in to pitch in the sixth inning and worked a two-inning save for the Mustangs. Rhodanz faced some adversity in the top of the seventh when the Panthers had runners on base, but he didn’t let the moment get to him.

“It’s nerve-racking, but I try to keep the same mentality.”

It was Bristol’s first appearance in a district title game, and Thompson said he sees this season as a building block for them going forward.

“Our future in the program looks bright with as many kids as we have coming back, and we’re definitely headed in the right direction.”

Terlecky looks forward to the challenge ahead.

“If you advance into the tournament long enough, you’re going to play a Springfield in Division IV, those are the teams that are always around.”

Mathews will play Springfield in the Strongsville Regional next Thursday at 2 p.m.

“I like our chances, but at the same time, they’re both good, and whoever wins that game (Regional Semifinal) will represent the Mahoning Valley well.” Terlecky said.