Leopards’ relay team has something to prove 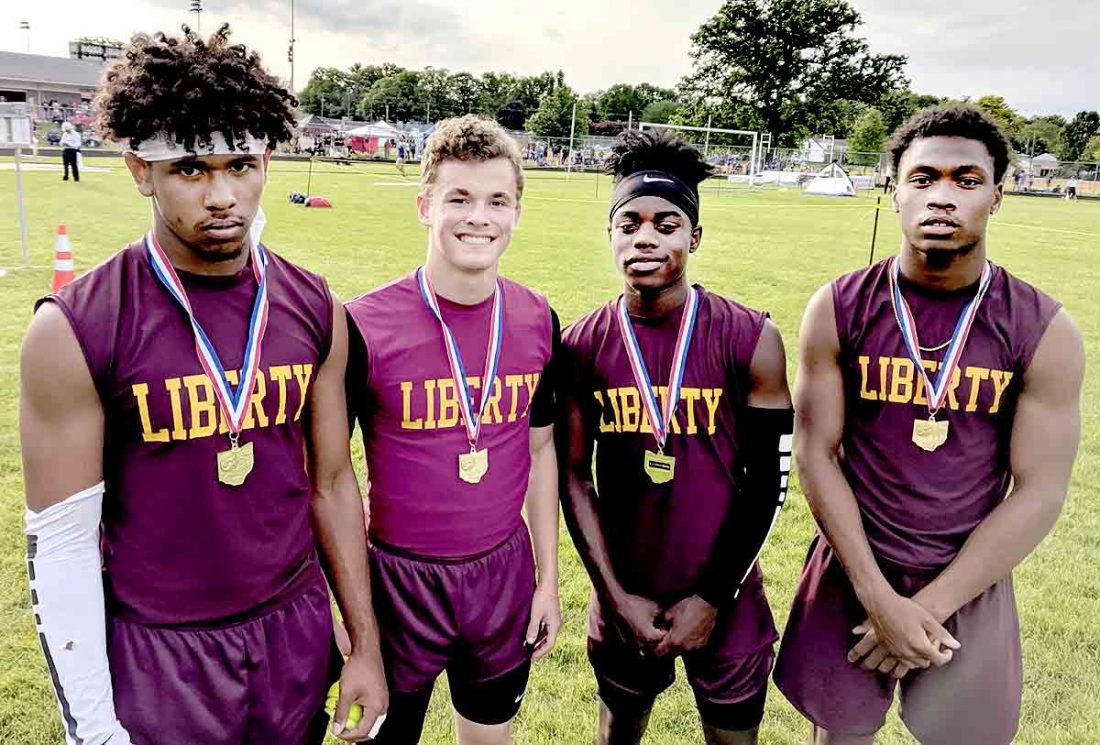 MASSILLON — Zion Matlock took the baton. All he had was 100 meters in front of him and the finish line.

Nothing else between the Liberty High School senior and a regional championship in 43.53 seconds Friday at the Division III Massillon Perry Regional track and field meet.

Liberty had finished second in the 4×100 relay at the district meet the week before to Crestview, an All-American Conference Blue Tier rival. Beating the speedy Rebels seemed out of reach for the Leopards.

“We wanted to beat Crestview,” Matlock said. “We’ve never beat them before. Beating them (Friday) was a big accomplishment.”

Liberty senior Justin Cizmar knew he, Matlock and juniors Braylen Stredrick and Migel Burgess had been progressing throughout the season. Friday was one of two pinnacles the team wanted to hit, working as a fluid unit with smooth handoffs.

In the stands, you can find longtime coach Jay Cripe, the reason why this team has been so successful on and off the track.

“I love him to death,” Cizmar said. “He’s my dude. He’s been taking care of us forever. Even when I was in seventh and eighth grade, he was yelling at me for stuff for whatever.

“He stays on us, makes sure we’re doing the right thing. He might be a little tough love, but it works for sure.”

They’ll definitely be prepared for this weekend’s state tournament in Columbus under Cripe’s leadership.

“He pushes us to our max,” Matlock said. “He never lets us give up or anything. Always pushing us, go, go go.”

Burgess, Matlock and Cizmar were on last year’s state-bound 4×200 team, which placed 16th.

Liberty and Ottawa Hills have the fastest regional qualifying times this season. The Leopards are trying to make Saturday’s finals, but first have to run in a semifinal heat Friday at 10:55 a.m.

“Got to push hard,” Matlock said. “I’m trying to get first.”