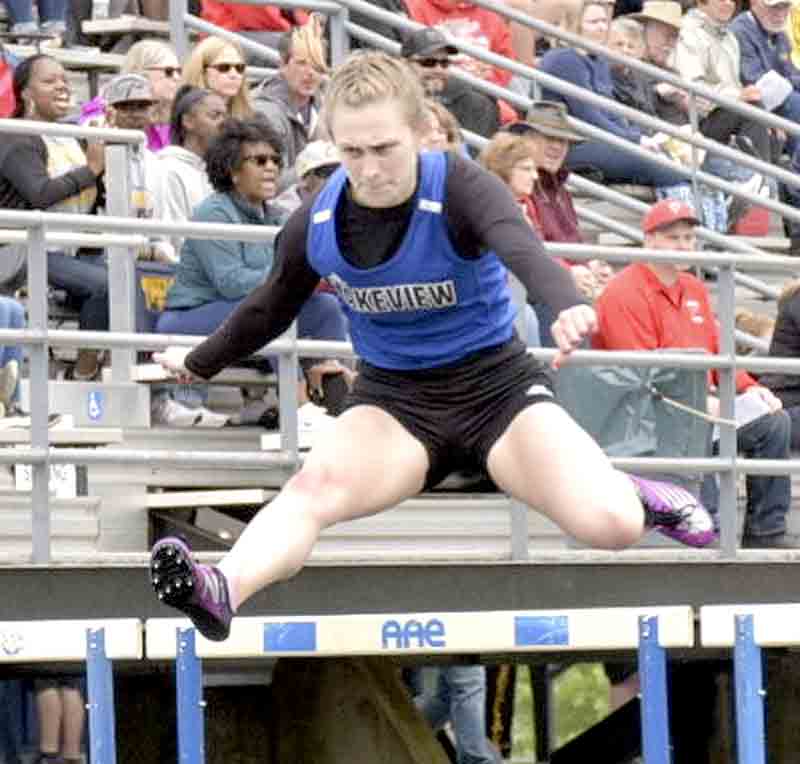 CORTLAND — Ashley Bowker never is satisfied with any performance. There is always improvement to be made.

The Lakeview High School junior is dogged in her work ethic, something that showed as her 100- and 300-meter hurdle wins helped lead the Bulldogs to their third straight title at Saturday’s Division II Lakeview District track and field meet.

Districts, regionals and state are the places where athletes like Bowker thrive. 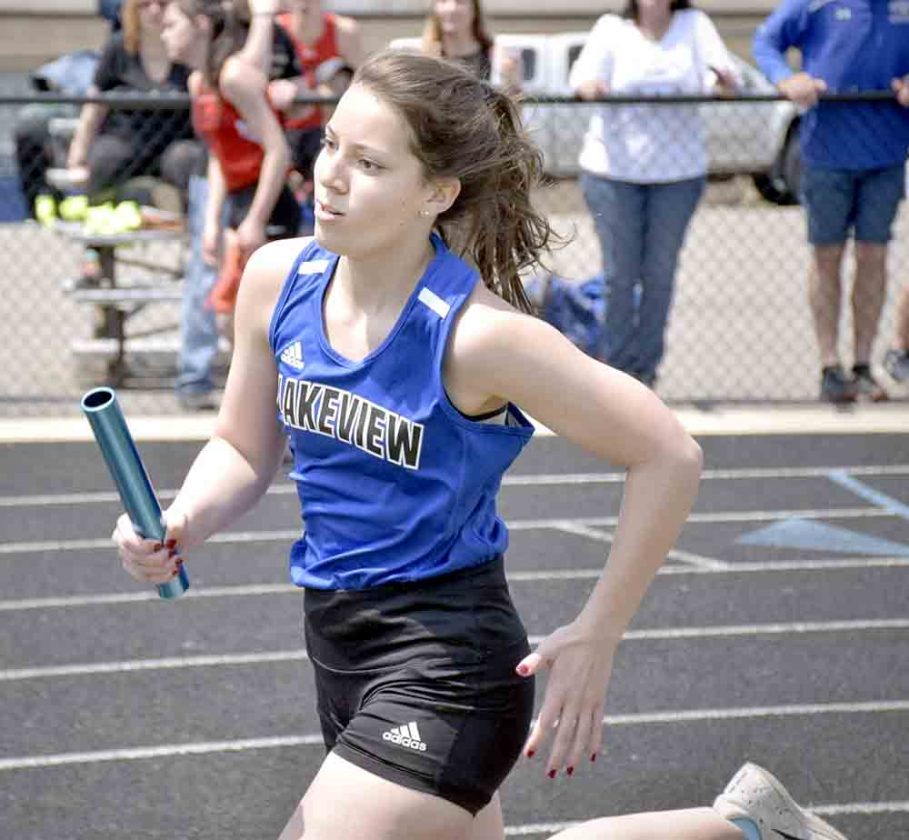 “I need to push myself to pass my limits,” she said. “More so, I want to be better than I was the time before. If I can continuously keep doing that, my times times will keep going down, down, down.

“Every time I run harder, it makes me better for the next time I run it.”

She clipped a hurdle in the 100, and even then she won by a second-and-a-half. Bowker stayed square in her form and finished strong, but knows there need to be improvement.

Getting through the 300 is never easy. She breaks the grueling nature of the elongated event.

“You have to be first to the second hurdle,” Bowker said. “If you can do that, try and breathe throughout the curve. Whatever you have left in the tank, give it all you have in the last 100.”

Lakeview’s 4×800 relay of sophomores Taylor Garvin, Sydney Dobler and Kaitlyn Deporfio, along with freshman Rachel Campolito won on Thursday in a time of 10:12.70.

Lakeview’s 4×800 ranks 14th in their region, but has to cut at least 30 seconds off that to have a chance to make it to state.

For districts, that win was important, along with the multitude of second-, third- and fourth-place finishes by the Bulldogs. The top four in each final advance to next week’s Austintown Regional.

She said Bowker has the attitude and will to not only make it through regionals, but do well at this year’s state meet in Columbus.

Being part of the 4×400 relay, which advanced to regional, has helped Bowker succeed.

“That has defintely helped her stay in shape for the 300,” Dickey said.

Bowker ran with current Youngstown State freshman Mara Wilson last season as both made it to state in the 300 hurdles.

This year, Bowker is looking to run with Perry’s Leah King. King has the best ranked time in the region at 14.15, while Bowker is third with 14.67. Bowker is first in the 300 hurdles with 45.65, while King is second with 45.79. Those are not regional qualifying times, but times recorded earlier this season.

Bowker said she still works with Wilson, but King feels like a teammate as well, giving her pointers and tips.

“I honestly look up to her,” Bowker said.

Good will aside, Bowker isn’t shy about saying her goal is winning a state championship.

“I’m going to strive and push every single meet, every single practice to be better than I was the time before and reach for that gold,” she said.