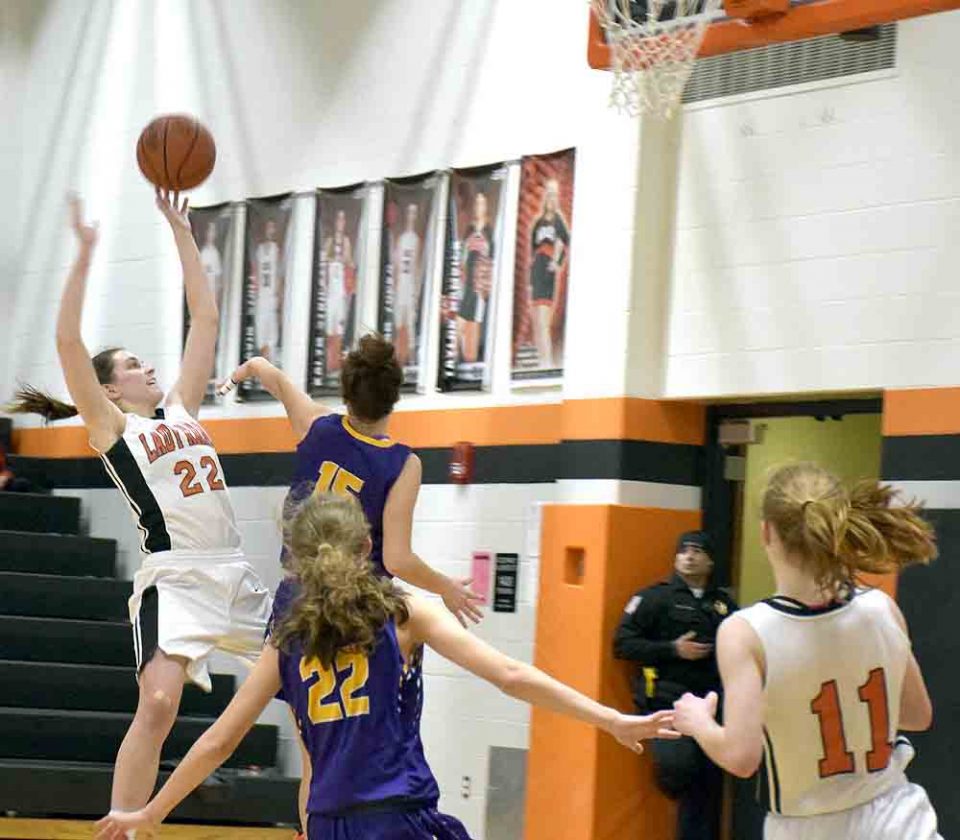 It was not a thing of beauty, but Mineral Ridge found a way to get it done in Wednesday’s Division III sectional first-round game, beating 10th-seeded Berkshire, 61-42.

It’s the first time the seventh-seeded Rams (13-10) have played in a while, so there was plenty of rust in Mineral Ridge’s game.

“First time we played in a few weeks, so we were a little stale today,” said Mineral Ridge coach Matt Cluse, whose team had 25 turnovers.

Mineral Ridge only led 12-2 after one quarter, but extended that lead to 30-8 at halftime on a 15-0 run to start the second quarter. 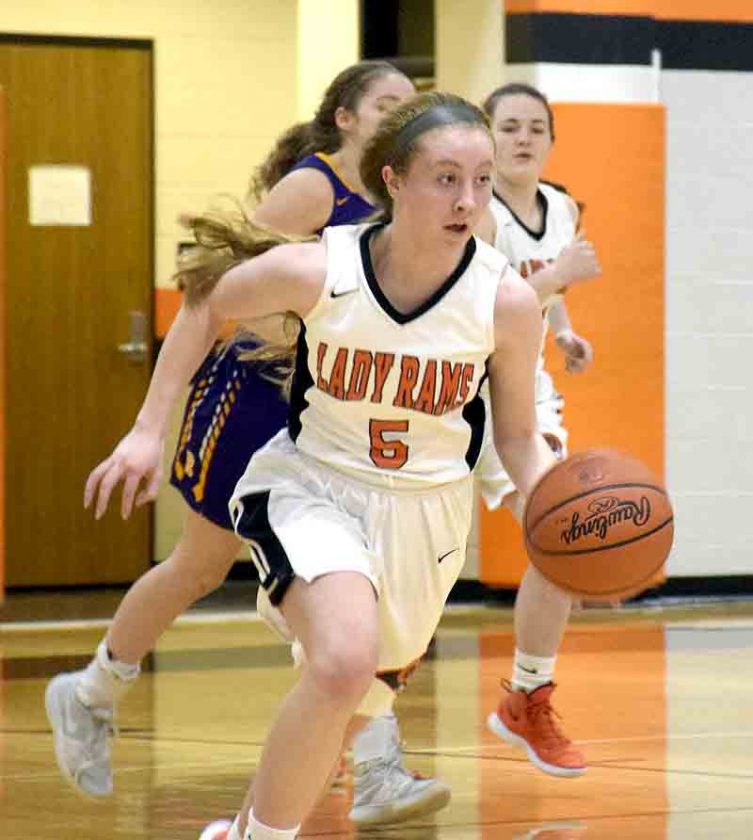 Tribune Chronicle / John Vargo Danielle Aulet of Mineral Ridge heads up the floor for the Rams in their win over Berkshire.

Alexa Harkins and Fran Kesner combined for 23 of Mineral Ridge’s points after the first 16 minutes, but after Harkins made some free throws a nagging problem plagued her once again. She rolled her ankle, landing on it wrong on a non-contact play. Harkins, who finished with 15 points, spent most of the second half at the end of the Rams bench with her left ankle elevated. Harkins hobbled out of the gym, but will make a go of things today.

“Hopefully she’ll be ready to go,” Cluse said. “She’s had a couple of ankle injuries this year. She’s tough. She’ll ice it up (today), go light a little bit and get some work on Friday. Hopefully she’s ready to go Saturday.”

The Rams travel to second-seeded Newton Falls for a sectional bracket final on Saturday, starting at 1 p.m.

Kluse knows this tournament-tested Tigers team will slow the game down and try to make a lot of half-court sets.

“We understand that,” Kluse said. “We’re going to have to come, attack and be a little more aggressive on offense.” 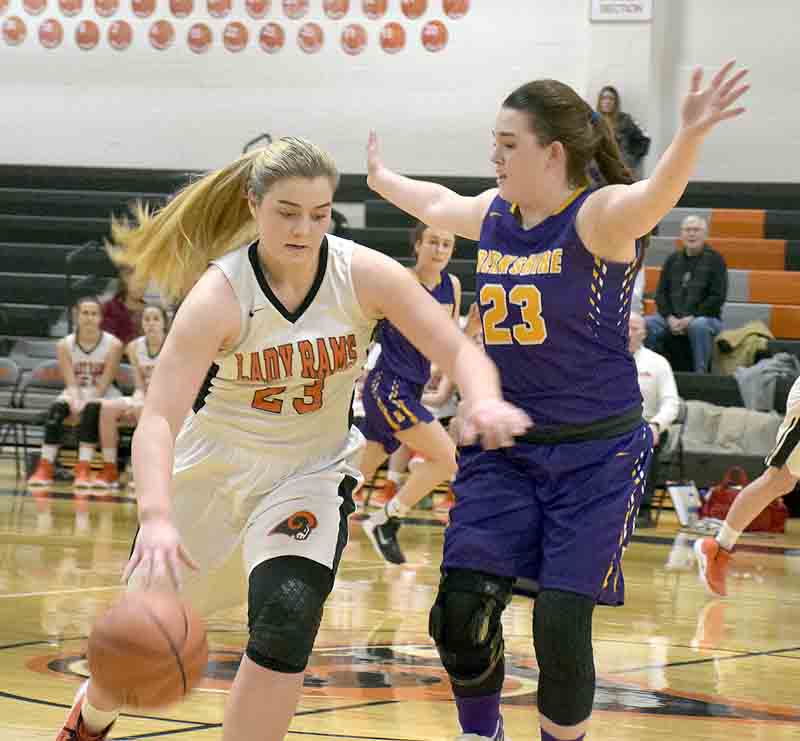 Thursday, Kesner was very aggressive on offense with a game-high 27 points.

She is Mineral Ridge’s go-to player when Harkins is double-teamed or in trouble, like she was against Berkshire (8-15). This is one of many 20-plus performances for the Rams player.

“She’s capable of doing it,” Cluse said. “She missed a few too. She puts up a couple more makes and she’d probably put up 35 in that game.”

Danielle Aulet added 10 points for Mineral Ridge, while Lexi Boyle and Lydia Lestor each had 10 for the Badgers.

Berkshire outscored the Rams 18-13 in the fourth quarter as the Badgers were 4-of-11 from 3 in the final 8 minutes. Berkshire’s physical play started to be more evident during the third quarter, when an official had enough of Cluse’s complaining from the bench. The Mineral Ridge coach was assessed a technical with 1:15 left in the third quarter.

As soon as that happened, a Rams fan started berating the same official. The official motioned to the police on site and then to the fan. That fan was promptly escorted out of the building, but not before saying, “that’s the best call you made all night.”

A saving grace for Mineral Ridge was a 37 to 17 advantage in rebounds.

Cluse didn’t like what he saw happening to his team in the second half as most of his players were battered and bruised after Thursday’s game, including Kesner, who left soon after the contest.

“We’ve also seen a little officiating get out of control here,” he said. “It got a little reckless, almost like a football game out there in my opinion.

“We got girls banged up. Sometimes I wonder what’s going on out there. Hopefully these girls will get healthy for Saturday. I think some of them went though a rugby match if you ask me.”

Thursday, Mineral Ridge got through plenty of turnovers and missing both of its post players in Harkins and Kayln Stricklin, who like Harkins, rolled her ankle.

“We got a little reckless in the game,” Cluse said. “A lot of our game is based on (Harkins) being in the middle and Stricklin being in the middle. With both of them being out, we’re going to the next girl who doesn’t know the spots as well and breaking press when we have those girls out of the game.”