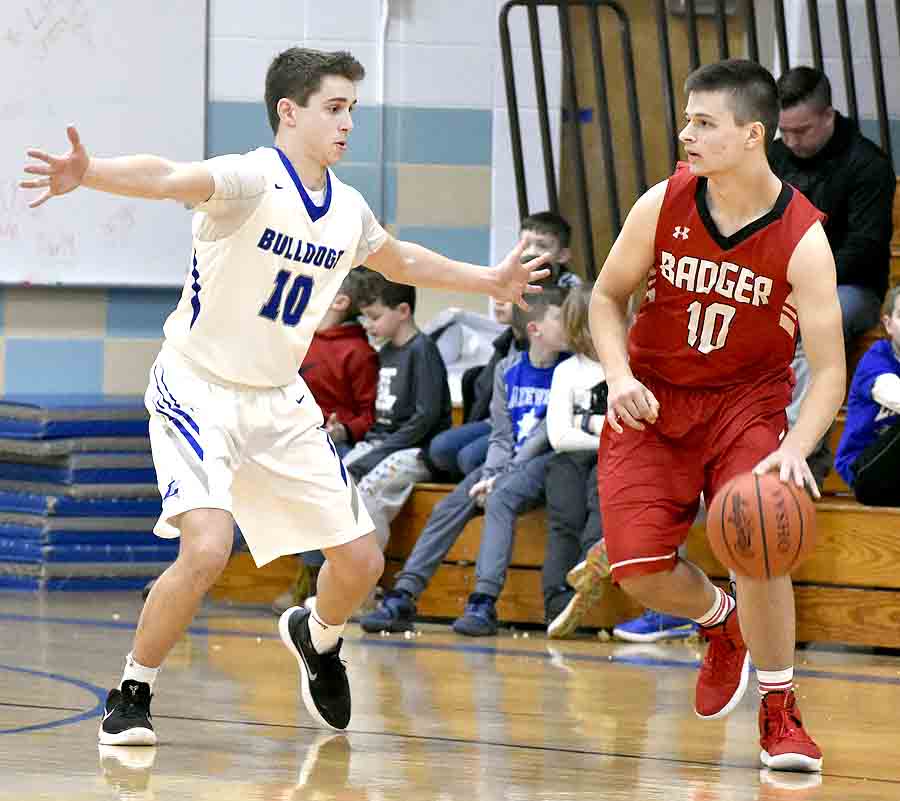 CORTLAND — The sound of the horn that signified halftime was still reverberating around the gym when Badger came out of its locker room for the third quarter.

Braves coach Josh Upshire apparently didn’t have much to say to his team, which trailed Lakeview by 19. Badger had to wait to start what would be an 8-minute, 30-second warm-up because the cheerleaders were still doing their halftime routine.

The Bulldogs probably could have stayed in their locker room for the entire second half and still held a lead with the way they played.

Lakeview closed out its regular season and paid homage to a special group of seniors with a 76-45 drubbing of Badger.

“Tonight was like a fun game,” said Lakeview senior Jeff Remmick, who scored a game-high 19. “We had fun tonight. We know when playoffs come, it’s straight business.” 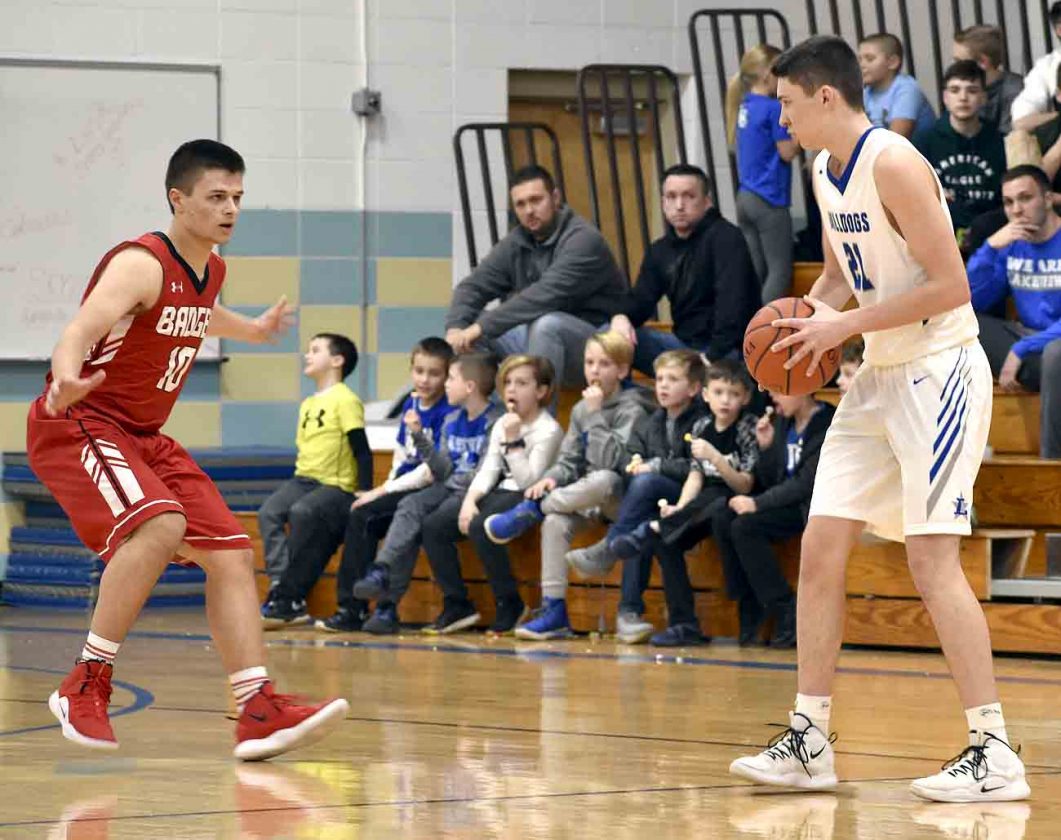 It’ll be a fun business trip if the Bulldogs (18-4) continue to play like they did Tuesday.

Lakeview made 12-of-30 3-pointers and shot 50 percent from the floor (25-of-50). Daniel Evans sank three from long range in the first 5 minutes, and Clay Lazzari added two more. If not for a 3-pointer by Badger’s Curtis Houser in the final seconds, the Braves (16-5) would have trailed by 20 after the first quarter.

With Badger struggling to stay with the motion offense of the Bulldogs, they stayed hot in the second quarter, taking a 24-point lead midway through and leading 45-26 at the break.

Badger leading scorer Aiden Miller struggled to find a rhythm throughout the game.

He finished with a team-best 12 points, but it came on 5-of-16 shooting. The Braves’ biggest problem was defensively though. They seemed to dare the Bulldogs to shoot, and after a few shots went down in the early going, everyone appeared to be on their game.

Evans and Lazzari, both seniors, finished with 14 points, and Brandon Kilpatrick, a sophomore, added 12 more. Senior AJ McClellan scored nine and was the maestro of the offense at point guard, handing out several assists.

“We came out and made some shots early, and that really help set the tone,” said Lakeview assistant coach Mark Novotny, speaking in place of Fitch, who had to leave directly after the game due to a family emergency. “They’re a good team. They’re a No. 1 seed for a reason. We wanted to come out early, make some shots and kind of get in the flow of it, and luckily we did.”

The recent success for Badger may have been too much for the Braves to handle, Upshire said.

The Braves beat Bristol in a big conference showdown two weeks ago. They were then awarded the No. 1 seed in the Division IV Grand Valley District before narrowly losing to Ursuline in another marquee game.

“Getting the No. 1 seed, beating Bristol, competing with Ursuline, I think we were happy with where we were,” he said. “We kind of just came out like we were just going to walk through it. Again, that’s on me. We didn’t have the greatest last two practices, so again, I just think we saw a little success and we kind of tailed off a little bit.”

Badger can turn things around Friday in its season finale against Lordstown.

Lakeview now looks ahead to the winner of Struthers and Cardinal Mooney in the Division II Boardman District. The second-seeded Bulldogs have a first-round bye, and they’re probably anxious to get back on the court after Tuesday’s masterpiece.

The next time on the court will be one of the last at Lakeview High School for a group of seniors who led the Bulldogs to a district title last year and are looking for a second in their final season.

“I’ve been playing with these guys since I was in elementary school, so we built a real strong chemistry,” Remmick said. “We love each other. It’s fun to play with these guys. I’ll miss it.

“Tonight was a bittersweet game.”