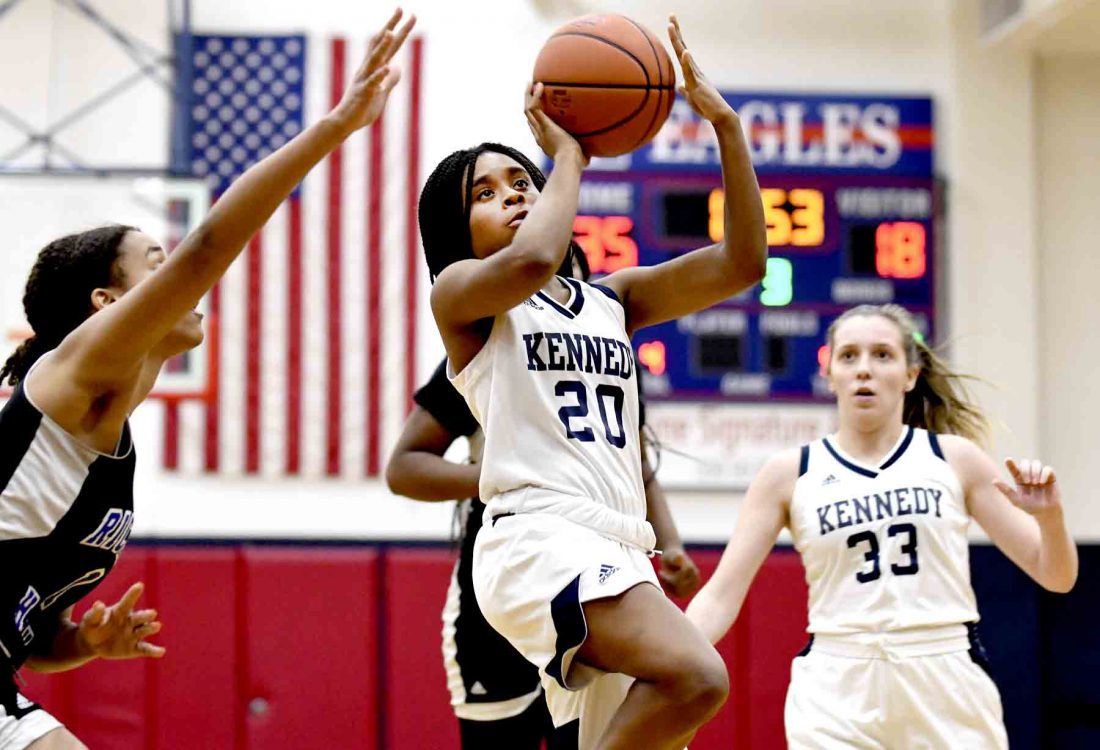 WARREN — John F. Kennedy took advantage of some big runs Wednesday to knock off the Richmond Heights Spartans, 53-38, in a Division IV sectional first round game.

Kennedy held an 11-8 advantage after the first quarter, but the tides turned in the second quarter. The Eagles (12-10) came out on fire, as they went on a 11-0 run to start the quarter, thanks to some great work on the defensive side of the ball.

“We handled the ball well,” Condoleon said. “We didn’t turn it over, we ran our offense, and I think our defense created some turnovers. We got some easier baskets in the second quarter.”

Foul trouble was a huge issue for the Spartans (5-17) including three technical fouls called against them in the second half. A small scuffle after a battle for a loose rebound at the 1:15 mark in the third quarter delayed play for a few moments. Imani Hendon committed two of Richmond Height’s three technical fouls, and was ejected from the game. 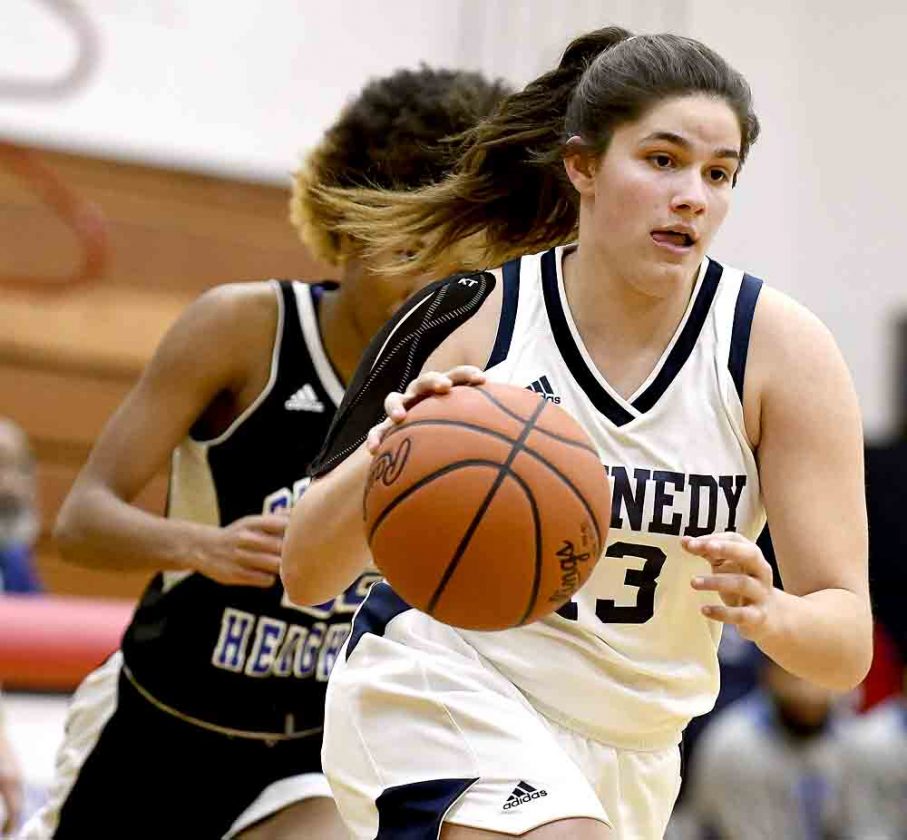 Tribune Chronicle / Robert Hayes Caitlyn Condoleon breaks toward the basket late in the third quarter of the Eagles' win over Richmond Heights on Wednesday.

The Eagles stepped up to the foul line 34 times and scored 18 points.

Once again Danielle Bradley and Caitlyn Condoleon led the way for the Eagles, as Bradley posted 10 points, seven rebounds and five assists. Condoleon was JFK’s leading scorer with 25 points.

Tamia Farris of Richmond Hegiths was the game’s leading scorer with 26 points.

John Condoleon said he is going to have his team prepared going forward in the tournament.

“It’s always good to get that first one, now we’ve got to go back and have two good days of practice and prepare for Bristol,” he said.